Getting to the Catlins

I left Dunedin for my breakfast date in Mosgiel. Yum, delicious! Thank you Anne, loved those pancakes and fresh raspberries. I hope not too many other of you visitors require a holiday setting of the alarm clock! (It's the sound of birds waking me in my tent these days..?)

After Mosgiel I rejoined SH1 south. There are always interesting buildings along the way. Here is a phosphate place. 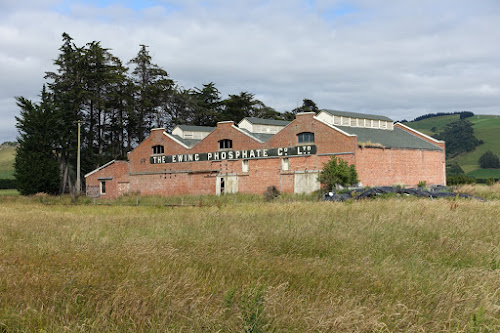 And there was an old renovated cob cottage you could look inside. 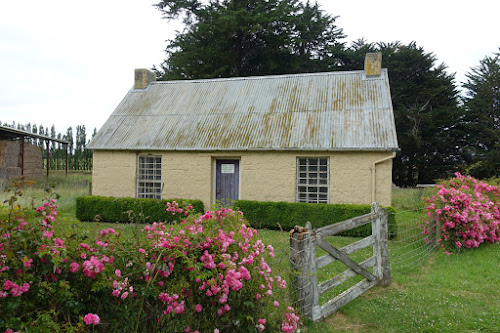 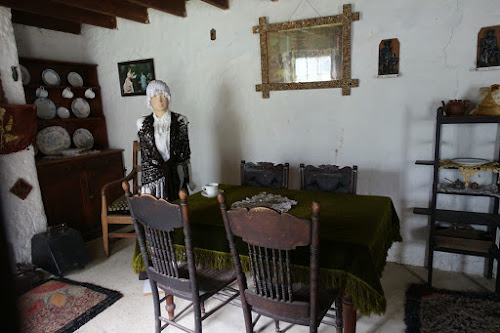 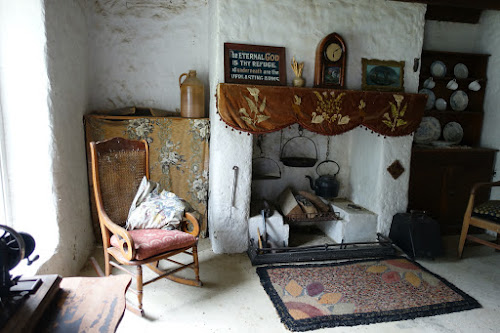 The fireplace and firewood must have been essentials in this very southern part of the country.
I drove over the massive Balclutha Bridge. 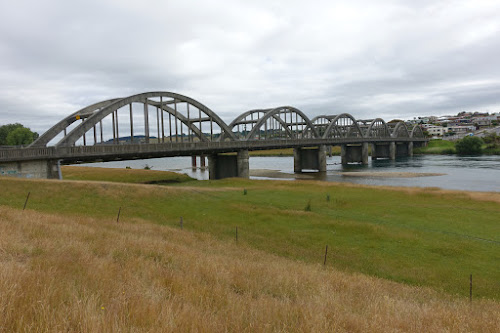 Soon it was time to divert off onto the Southen Scenic Highway into the Catlins. I stopped off at several little bays that all seemed to be called Kaka Point, but later when the tide was out you could see it was really all one big bay. 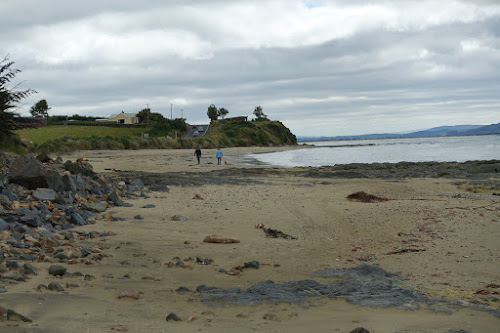 I had decided I would try and stay at the Pounawea Motor Camp, but it was still a bit early to check in, so from Owaka I drove down to Jack's Bay. There was a sign about sea lions, but I never spotted any. There was also a sign to an inland Blowhole which I decided to take. The tide was going out, so I saw tidal surges rather than full-on blowing, but the views along the track were magnificent in themselves. 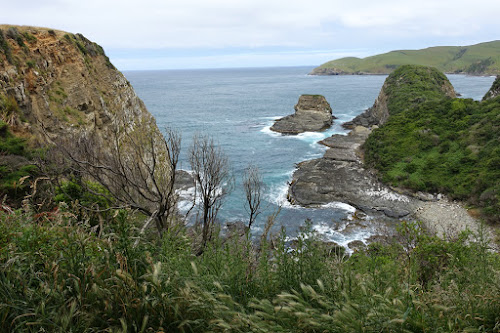 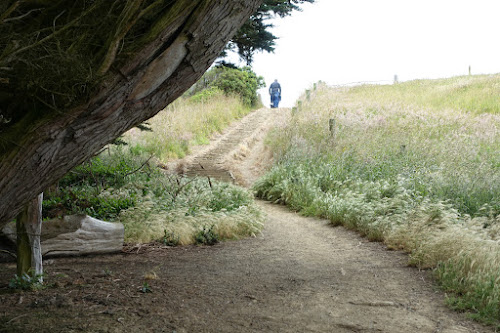 And yes, the track was steep in places... 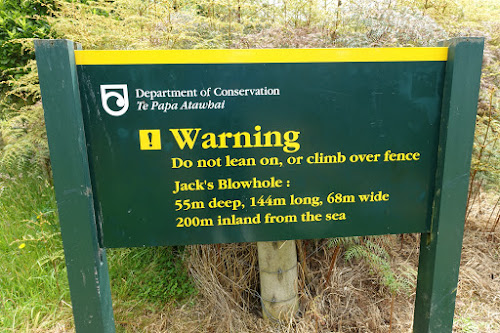 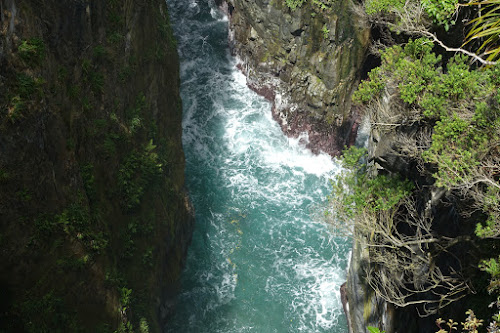 Seeing the Blowhole gave some insight into how the nearby 'islands' might have formed, especially when you considered this was sea water activity 200m inland. 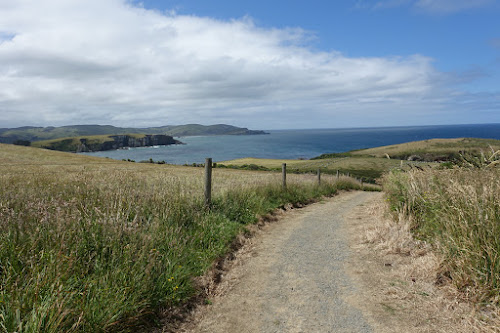 I returned back downhill then drove to the Pounawea Motor Camp. 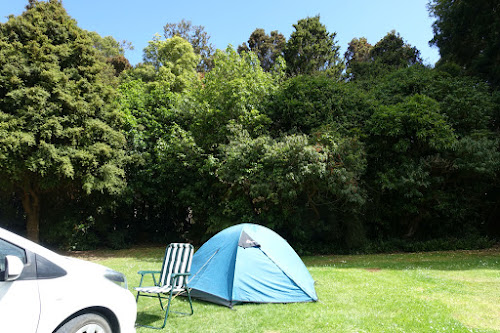 My tent is surrounded by bush and birdsong. I was going to set up my tent right on the estuary, but a man told me they'd set up there but found the incoming wind too cold. After my Dunedin experience, I took the sheltered spot. Now it is all of 50m to walk to the estuary. 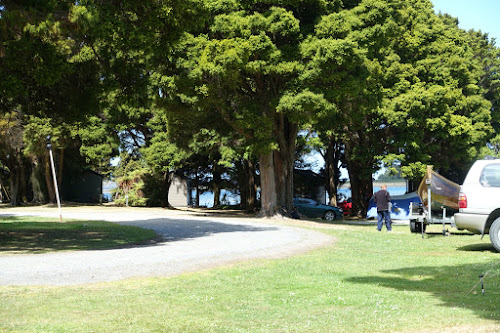 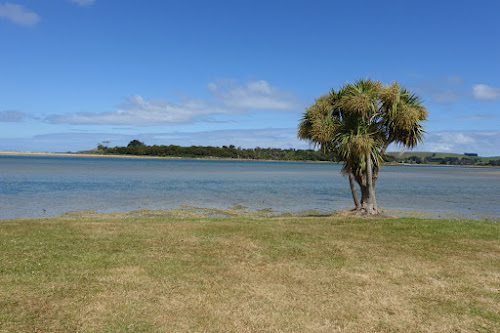 And to finish the day, I drove back to go to Nugget Point so I could go in the hide at Roaring Bay do I could see some more yellow-eyed penguins! 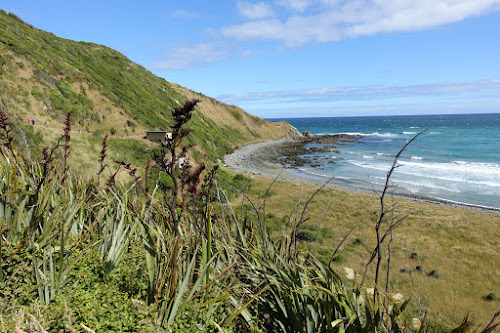 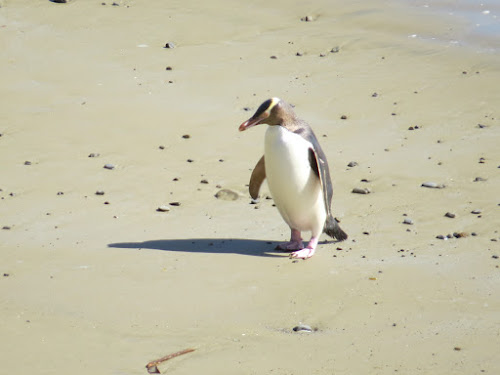 And a bit higher up you could see a spoonbill colony on one of the large cliff-rocks, tucked in on the side away from the prevailing wind. And this fishing boat was making the most of it near the cliffs too. 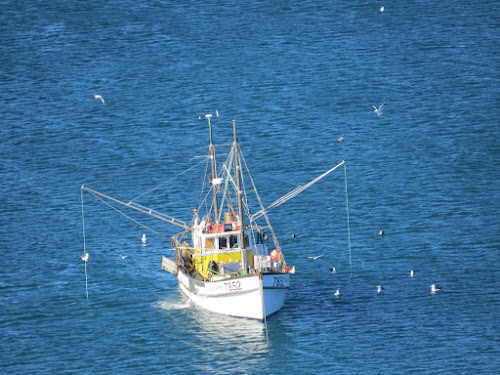 Posted with Blogsy
Posted by Kiwi Nomad at 07:20