Another day with too much for one blog post! This post owes a big debt to Anne, who took me on a deluxe Dunner Stunner Tour!

I caught the bus into town from right outside the camping ground. It's great that they have the timetable and instructions prominently displayed. Being a Sunday the bus took a different route, and I went via Musselburgh, Anderson's Bay, and up Shiel Hill, where I got some great views of the flat central part of Dunedin surrounded by steep hills. It looked like a volcanic crater that had been flooded by the sea on one side. I don't know the geological sequence of what took place here but that's what it looked like.

The first place I wanted to take a look at was the old Railway Station. Such attention to detail in the tiles, the frescoes, the stairways, the windows... 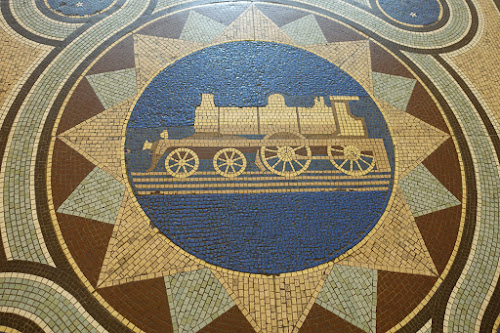 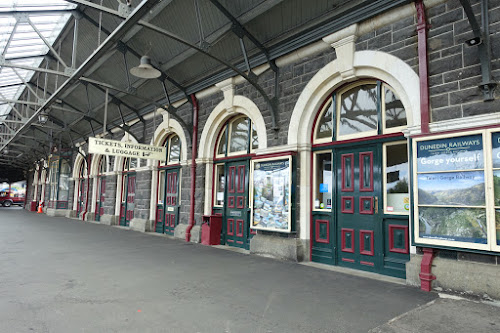 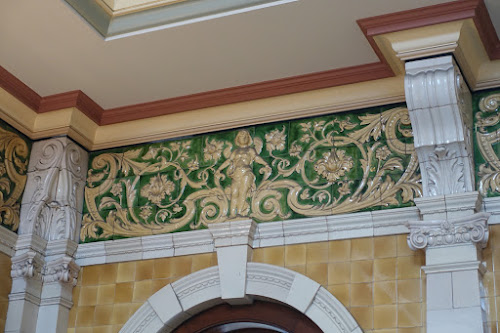 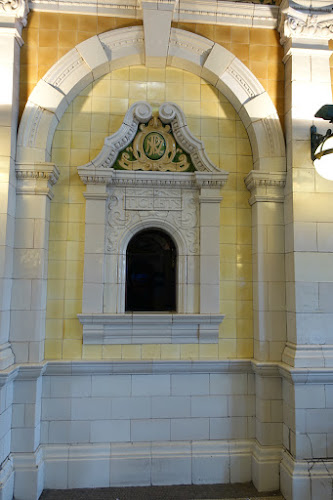 One thing I was to notice all day in Dunedin was how much painting livened up the city-scape, eg this bus stop. 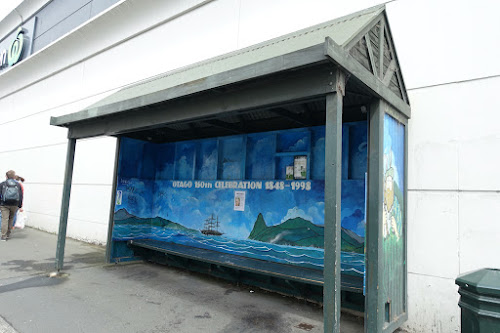 I had to make a short foray in George St when I realised. I needed another camera memory card(!), and then I realised the Medical School was nearby. So in honour of my nephew Shaun, I detoured past it. 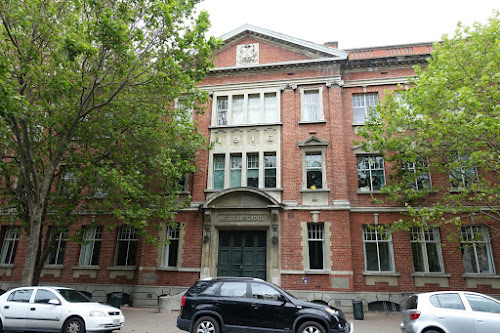 Next I found the Catholic Cathedral on the map, and started heading uphill towards it. But I was rescued by the arrival of my Deluxe Dunner Stunner tour guide, Anne. 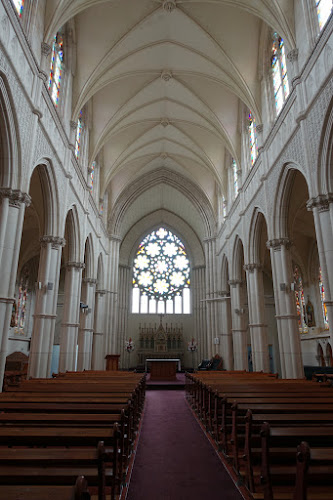 We went inside this beautiful church. It was designed in a neo-Gothic style by the same architect who did the more classical style church in Oamaru. Anne had attended here many times as a younger woman, but looking at the details as a tourist brought surprises for her too. There was incredible detail in the stonework. 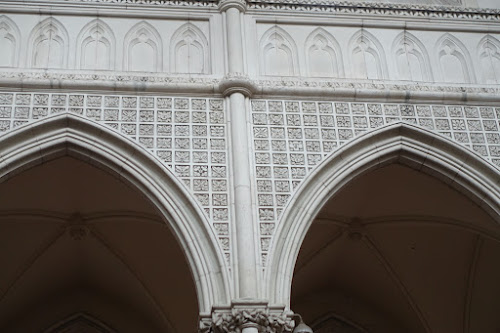 Next we headed up to the lookout that gave us a wide-ranging view across the harbour and the city. It was a bit grey and cold up there today though! My Dunedin guide didn't have many layers on but I did! 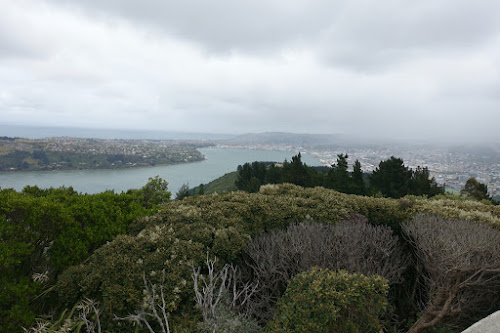 The famous Baldwin St was next. The rain rescued me from having to climb this street, and we drove up and down, though some hardier souls walked it. 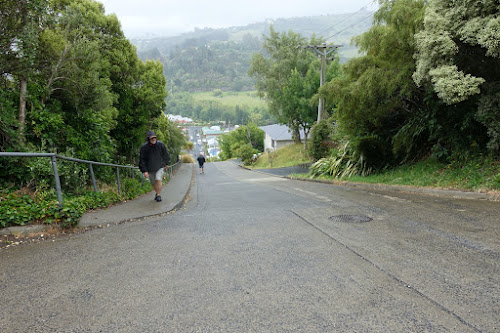 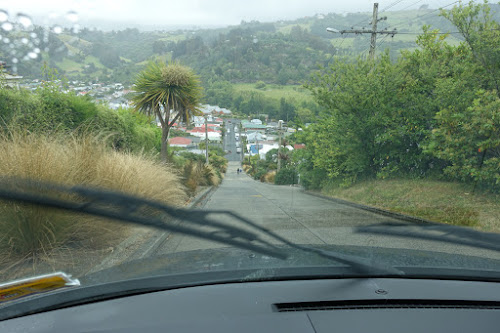 Coming up Next: Part 2

Posted with Blogsy
Posted by Kiwi Nomad at 11:05