Today I had a real indulgence, a cruise on Doubtful Sound. Friends told me it was a highlight of their South Island roadie, which gave me the idea of doing it. I rang to book, did a 'gulp' at the price, and booked anyhow.

Last night's weather was a bit miserable, with lots of cold wind. But I woke this morning to find that though there was cloud and wind still around, you could see more of the mountains, and the sun was appearing. So I proceeded to the Real Journeys jetty with hope in my heart! 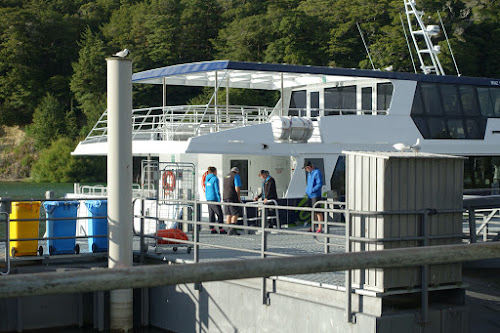 This was an adventure in three parts- first a boat ride across Manapouri, then a bus ride across Wilmott Pass, before a cruise on Doubtful Sound. The boats and bus were absolutely gleaming. Before long we were off! 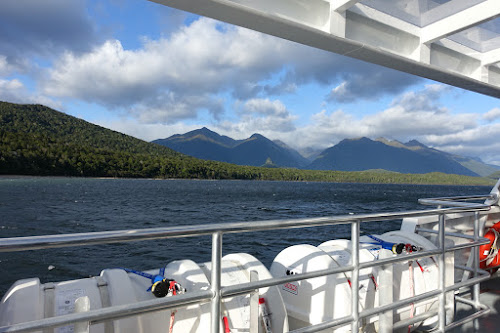 Going across Lake Manapouri we saw lots of little islands, many with rounded tops. These date from ice age times when a thick layer of ice was grinding its way over these tough rocks. 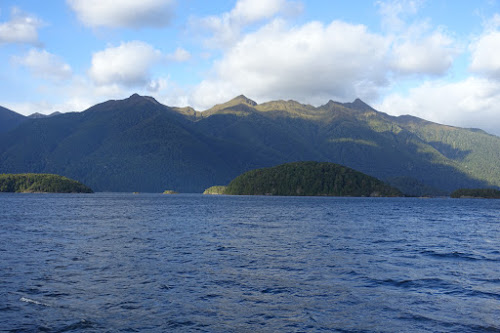 We were told about the campaign to save Lake Manapouri from bring dammed and raised. I remember this being a hot issue in my childhood and early teens, but I had no idea what was at stake. So many beautiful features of this lake would have been drowned. Thank goodness people protested so strongly, and this became an election issue.

The views were exquisite the whole time. It's hard to choose what to show you! 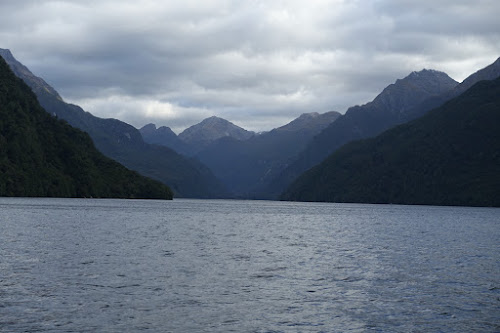 After the first rapid boat ride came the bus ride. Everything was well organised, the staff were superb, and it all worked seamlessly. 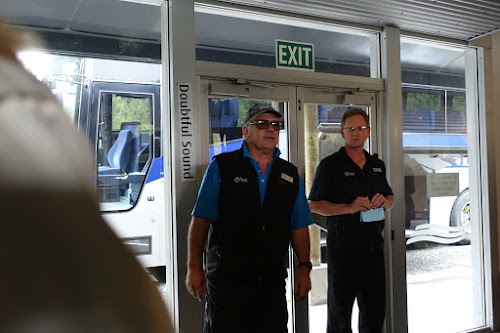 Near the end of the bus ride, we pulled into a place for a view of Doubtful Sound from above. 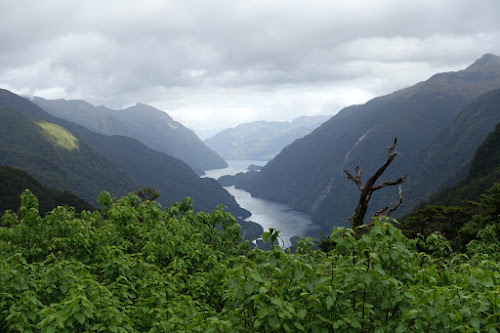 One of the benefits of yesterday's rain was that were many waterfalls, both along the bus route, and in the Sound, pouring down huge mountainsides! 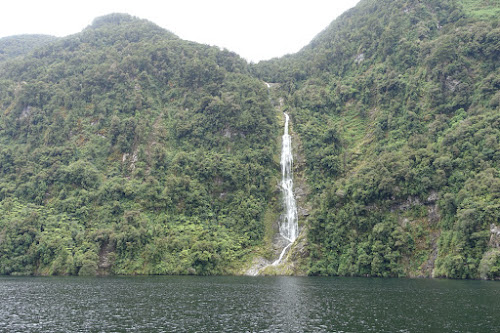 We were given a really good explanation about the steep sides being due to glacier action in ice ages. 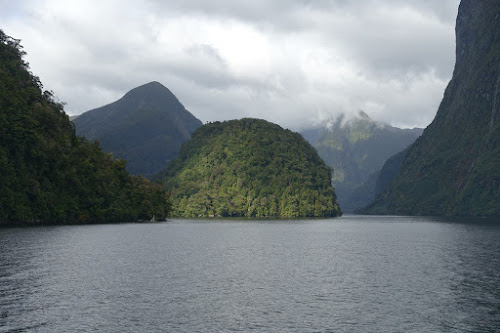 Native mistletoe was pointed out, and we were told that it was a real sign of the forest health, and the absence of foreign invaders like possum, that we were seeing it.
We arrived out at Shelter Islands, and not surprisingly with recent wind, the decision was made by the Captain not to go right out into the Tasman Sea.
We were told that, historically, Captain Cook was urged to enter to find harbour through here by Joseph Banks and his crew, but Cook decided the outward passage against prevailing winds might be too difficult. He wrote 'Doubtful Harbour' on his map as a description, and it has stuck... 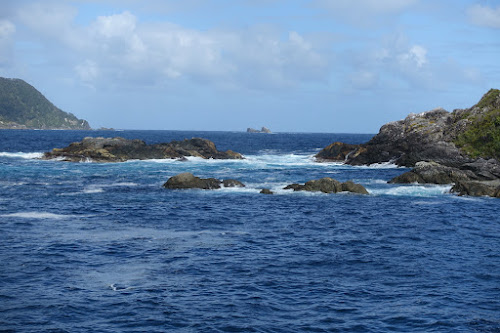 Instead we returned inland, and took a 'detour' arm. There we ended up seeing bottlenose dolphins. The captain turned the motor off and we watched from a distance. Mostly we could just see gentle 'rising' far away, but a few large dolphins emerged near the boat briefly. And as we sped off, one large dolphin did a massive jump in our wake. 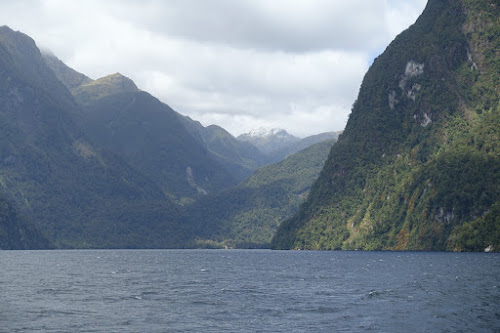 The views were amazing, every which way we turned. (I'll put more photos on Flickr once I am home.) And when we retraced our steps- the skies were bluer, and the sun was shining warmly! 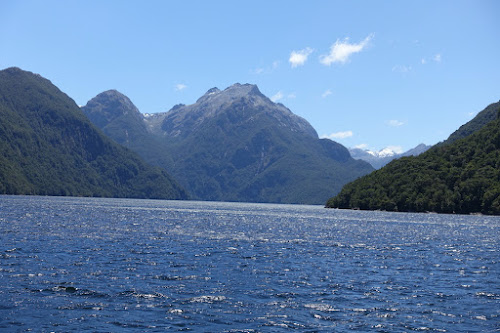 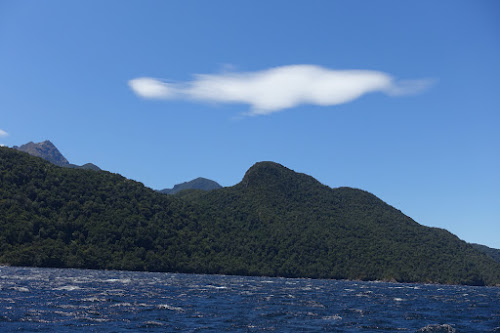 What a wonderful day!

Posted with Blogsy
Posted by Kiwi Nomad at 17:53