Today, ANZAC Day in New Zealand and Australia, we remember our soldiers who died in War. The fathers of many of my generation fought in WW2: my father was part of a Railway Operating Company in the Middle East. His generation never spoke of the horrors that the war brought. And in WW1, a huge swathe of young men from the colonies lost their lives overseas, never to return to those who loved them back home. In 1998 I visited northern France and found the graves of two great-uncles who were buried there in WW1. It was my sad privilege to pay my respects to them at their graves in France. 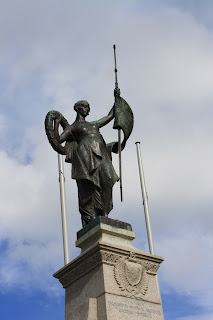 This morning I woke early and went to the Dawn Service in the Square here in Palmerston North. This city is home to many in the New Zealand Armed Forces today, with Ohakea Airforce Base and Linton Army Camp both nearby. Our army and air force are involved in peace-keeping duties in many places, and it isn't uncommon for children at local schools to have a parent away for months, in places like East Timor. Happily, they nearly always return home safely. 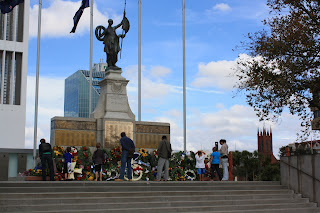 
The dawn parade was quiet and dignified. There was a little drizzle at times, but mostly it stayed dry. A helicopter from Ohakea passed over the stilled crowd at 6am. As the service proceeded, the birds were beginning their daily chorus in nearby trees, and the sky showed a tinge of pink as it lightened for the new day. 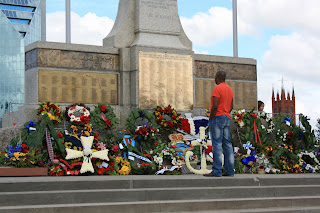 Unfortunately, this was to be a specially sad remembrance day here in New Zealand. Three young airmen in a helicopter from Ohakea, bound for the ANZAC service in Wellington, were killed when their helicopter crashed into a ravine. 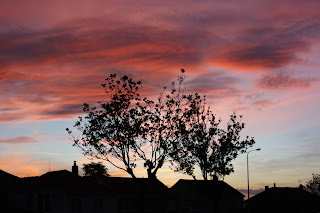 A slideshow of photos from my Camino, Le-Puy-en-Velay to Santiago in 2008.

It was far too glorious today to stay indoors, so I walked down to the Square and took some more photos.

And yesterday I discovered how I could export a slideshow with sliding panels.... so..... I have uploaded a version to YouTube. (This is lower quality as upload speeds in NZ are sloooooooow. If any of my teaching buddies know a local teacher doing anything on the Square or Palmie.... they are welcome to contact me for a higher quality copy!)

This weekend was a special event down in Christchurch. I had booked window seats on my flights, and was fortunate to get magnificent views in both directions. 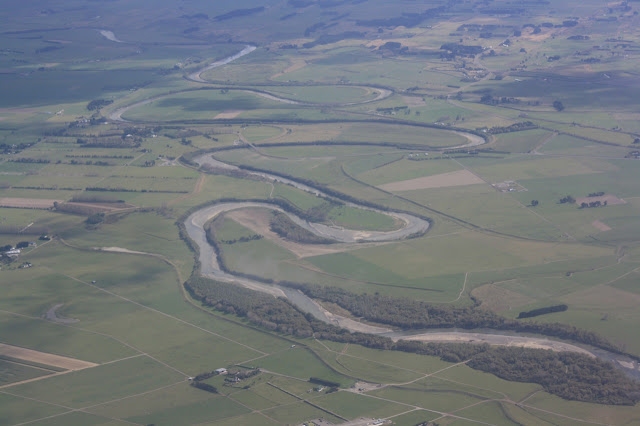 Leaving home, there was a splendid view of the Manawatu River snaking its way across the floodplains. 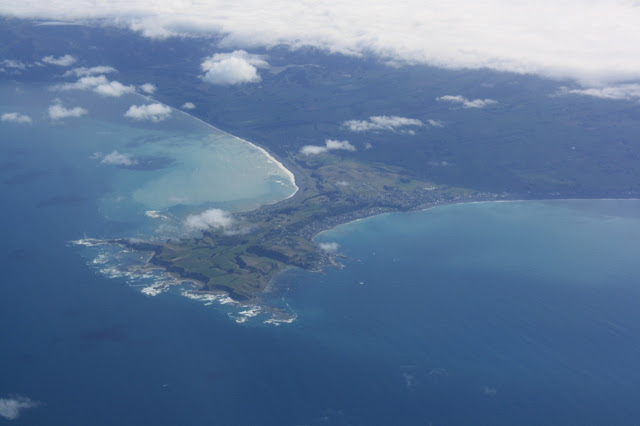 Once we had reached the South Island, we traveled over the sea for much of our journey. Here Kaikoura pokes out into the ocean. 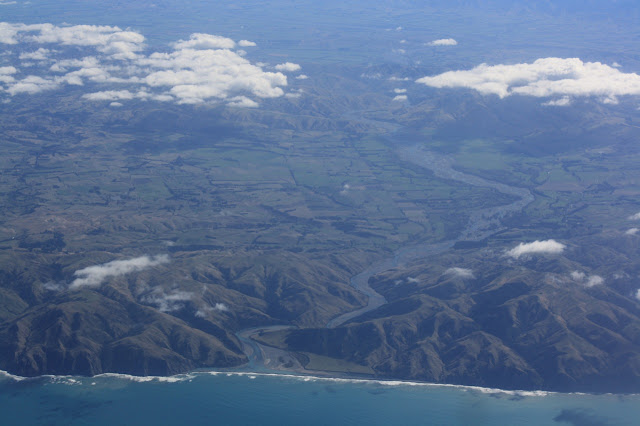 I saw several large braided rivers twisting through hill country until they reached the sea. 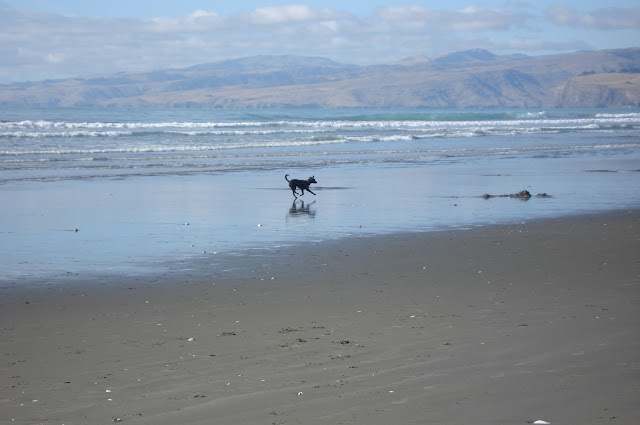 There were special times with my friends in Christchurch- and two of us walked along the beach near New Brighton on a calm, sunny Saturday morning. 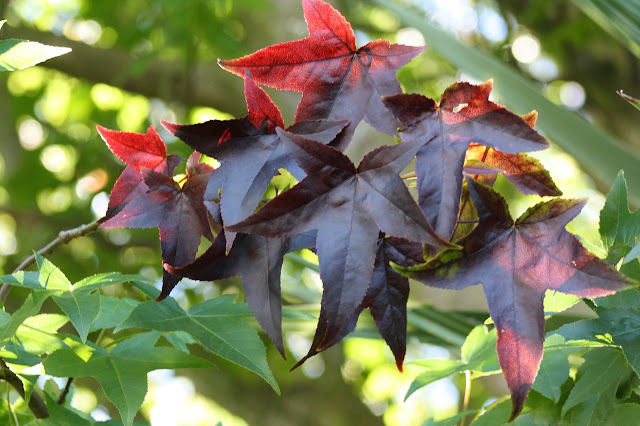 There was also time to just walk slowly and take some photographs of autumn trees. This group of coloured leaves was lit behind by the sun for just a short time in the afternoon- and most of this tree remained green. 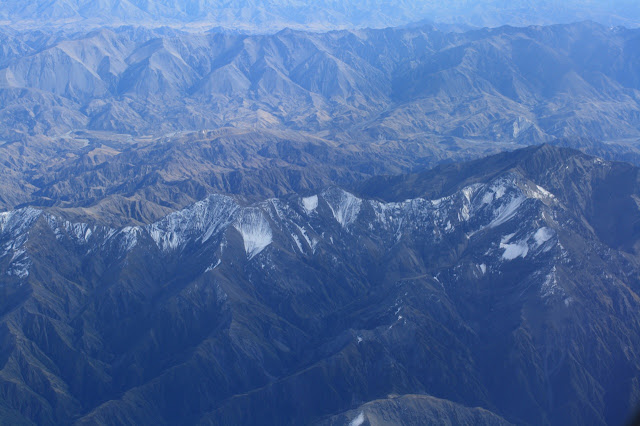 Monday morning I was homeward bound again, this time over land in the south. Surprisingly, there was a dusting of snow over the Kaikoura Ranges. 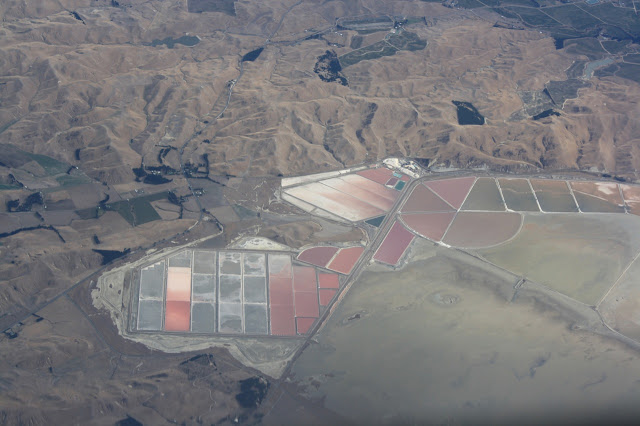 At Lake Grassmere, where seawater is evaporated to leave salt, the colours of the pools were intriguing from the air. 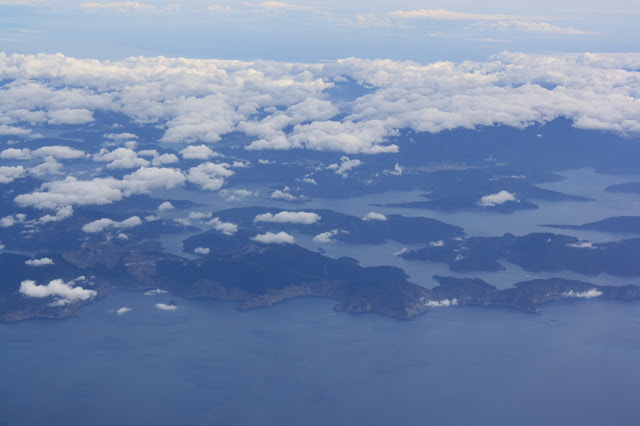 It seemed like we were passing over the Marlborough Sounds in no time.... and soon we were touching down back in Palmerston North, on North Island soil.
Posted by Kiwi Nomad at 21:13 3 comments: