Our Queen’s Birthday weekend has brought a dose of glorious winter blue skies, and it was a good time to take my new car, LaBleue, out for a wee roadie into the Manawatu countryside. When you think of Manawatu, you possibly think ‘floodplains, flat’- but there is  actually a lot of variation in the scenery. I used the Manawatu Country Road brochure and headed out on my QB version of the various roads and options on the map. 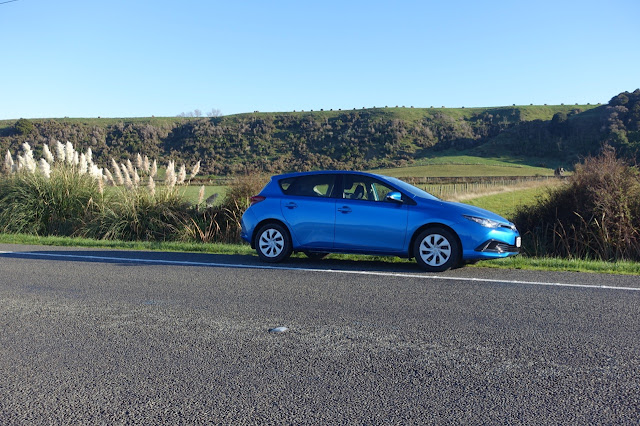 First I decided I needed to leave Palmerston North by a slightly different route from normal, so instead of driving straight to Feilding first, I headed towards Ashhurst, then took roads through Hiwinui and Colyton. (And I passed the schools in both settlements, neither of which I had seen before, despite my many years of teaching in this area!) As I neared Ashhurst, you could see fog spilling out of the Gorge, but not dimming the blue skies on this side of the Gorge. I think they have seen quite a lot of fog there this weekend, while we have fortunately basked under sunshine and blue skies. 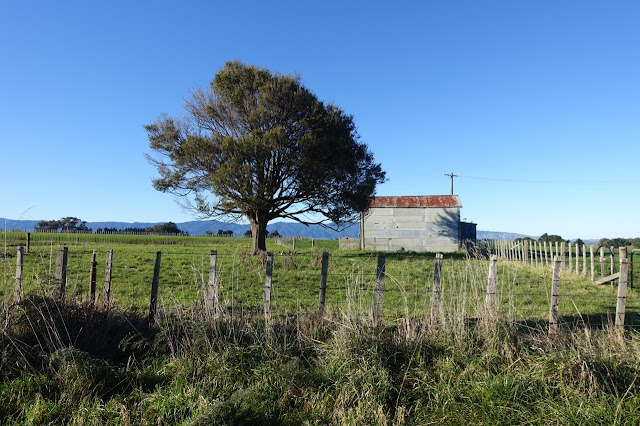 From Hiwinui, I drove along a ‘mini rollercoaster’ and also saw lots of serious cyclists. This countryside is made for them! The hills leveled out and I was on flatter land again near Colyton, and through Cheltenham. There were some glorious autumn tree colours en route. All along the way I passed interesting farm sheds, and I stopped to take photos of quite a few! There were also transformers and power poles that looked duly stark against blue skies. 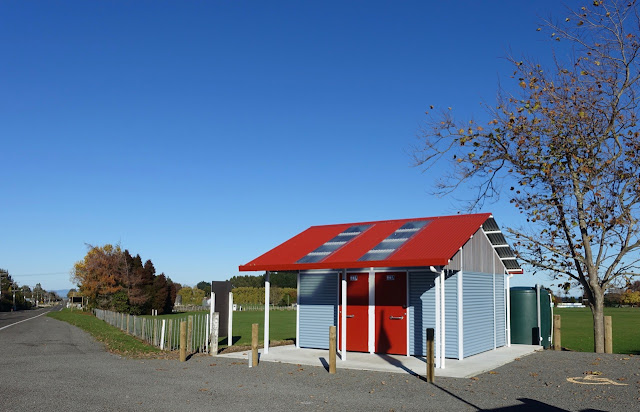 Kimbolton has a grand welcome for those driving along this scenic route: there is a brand new set of toilets. Plus there are some beautiful old buildings, and the Domain looks impressive with its autumn trees. 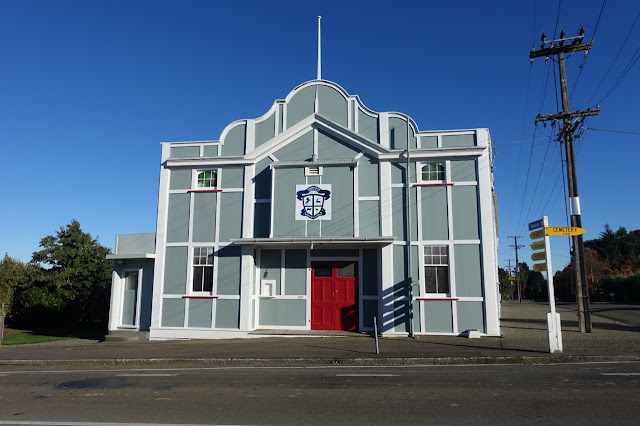 North of Kimbolton I was definitely back into hill country and winding roads. The view from the Apiti lookout was striking, and I often caught glimpses out to Ruapehu on my left- though it wasn’t easy to pull over anywhere and take a photo. 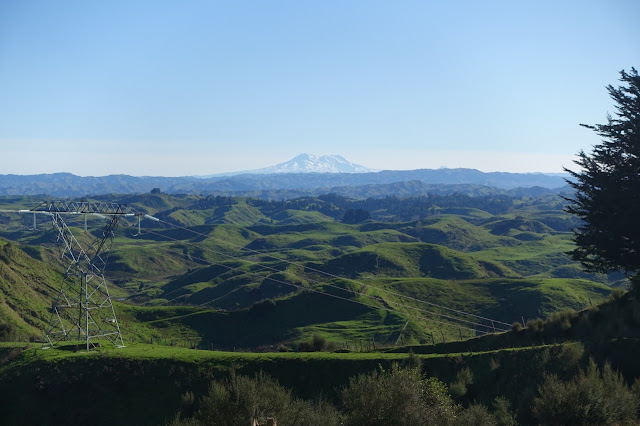 I nearly took the Peep-o-Day route by accident- and perhaps one day I will return to do this when I go to visit my friend Hayley not far south of Ohingaiti. I carried on as far as Pemberton Corner- not far short of Rangiwahia- and read all the historic plaques there about an early settlement that has long disappeared. 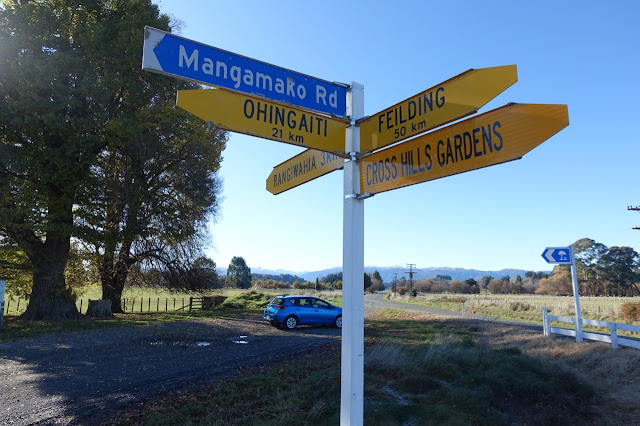 Then I headed across on Mangomako Road, planning to come out on SH1 just south of Ohingaiti. I was expecting to be driving an unsealed route here, but it was sealed all the way. There was the bonus of emerging up high to see the Rangitikei River below. 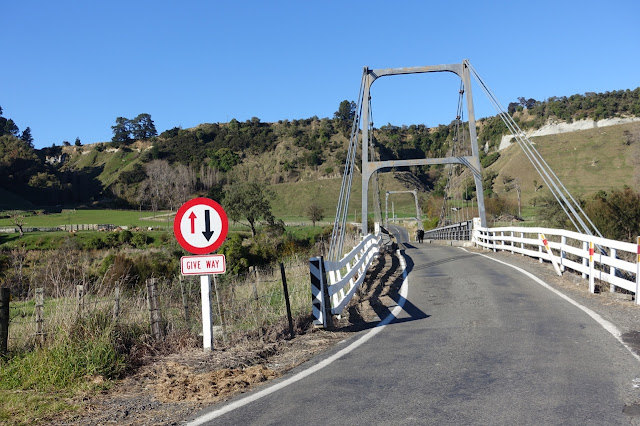 At Mangaweka I turned off SH1 and discovered a whole ‘old’ main street, that some people are clearly making efforts to rejuvenate. Mangaweka is hedged in close to the hills though, and in some ways it seems ‘wild’, as if it has borrowed a bit of time from the surrounding bush that is now sneaking in to reclaim it. 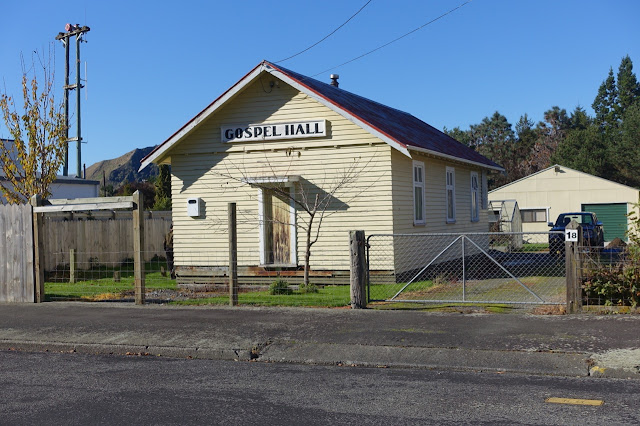 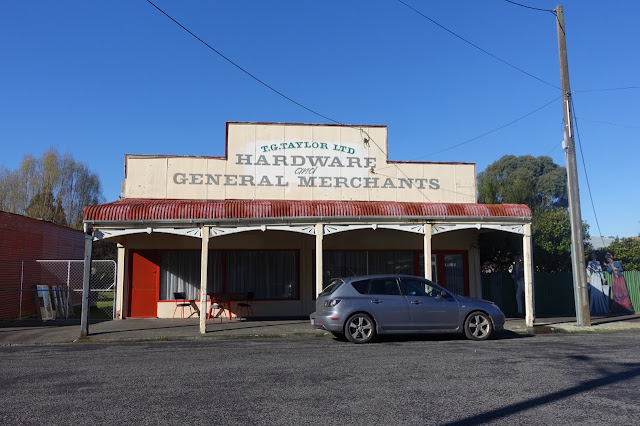 For all of the brief time that I was in Rangitikei, I felt as if I had taken forbidden egress out of the Manawatu- and as if I was some kind of illegal immigrant into Rangitikei! But just north of the town I turned off SH1 to the right, and rejoined the Manawatu Scenic route, just over the historic Mangaweka Bridge, which also crosses the Rangitikei River. One day I will come back and explore more of the Kawhatau back roads that I bypassed. 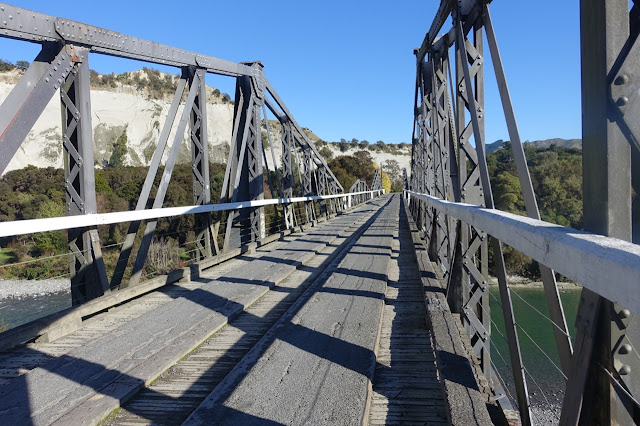 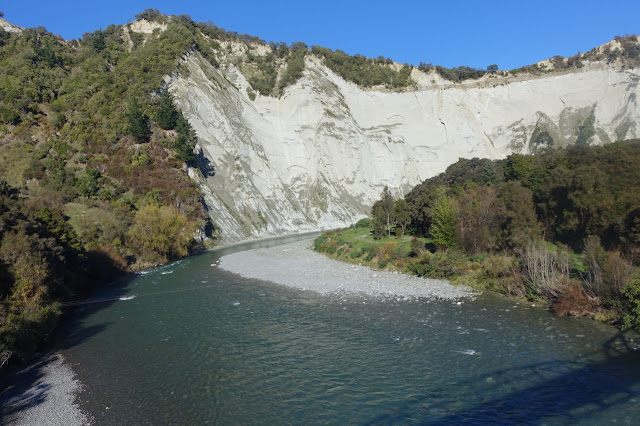 At Ruahine I diverted down to see the “Dress Circle” which I had heard about many years before. There was a pretty little waterfall, but somehow I has imagined something much more dramatic. Take care if you decide to come down here:- the road to the picnic area was a little muddy and you could get stuck some days. 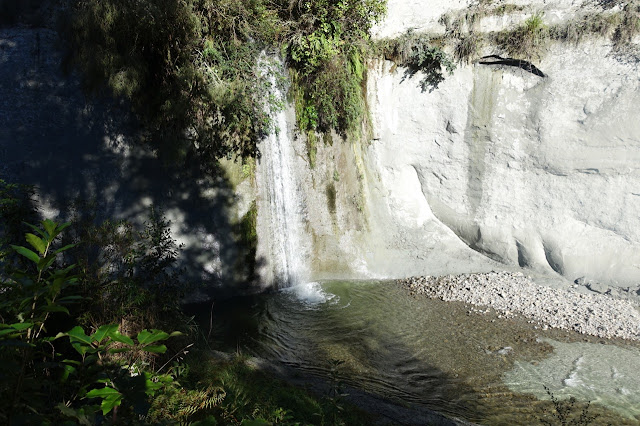 It didn’t take long to reach Rangiwahia, where I ate the lunch I had brought with me, belatedly, before heading eastwards in towards the ranges, on the road towards Apiti. 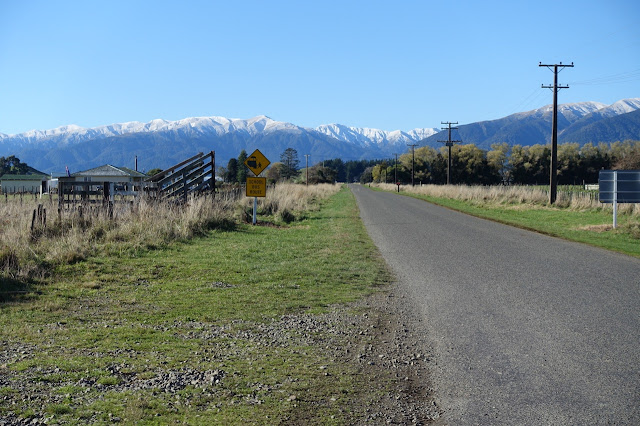 But just before I reached Apiti, I turned eastwards again to follow the road down the Pohangina Valley East route. This whole eastern route was wonderful- with many ups and downs between bluffs and valleys that gave some great views. 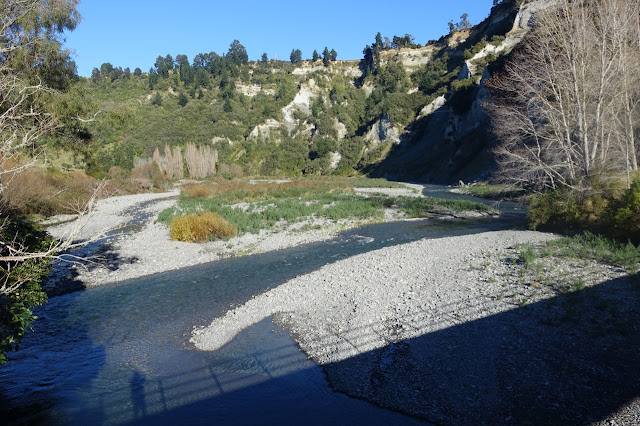 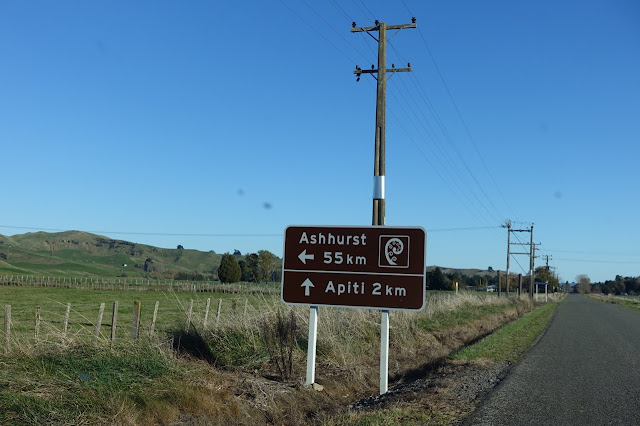 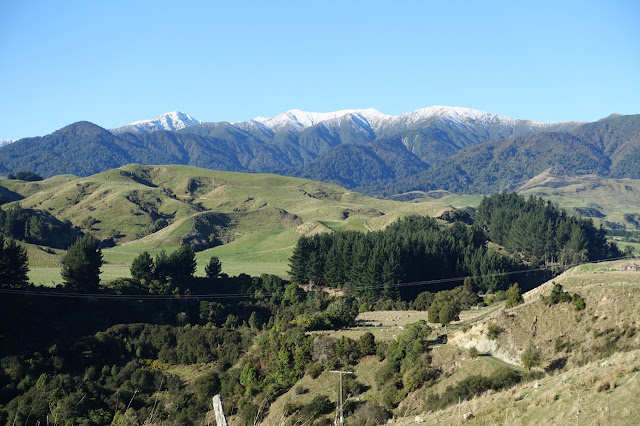 I will have to come back and explore more...  In the middle of ‘nowhere’ I suddenly passed the Komako Church. And I realised that I was passing Totara Reserve, which I had always thought was on the other side of the Pohangina Valley. Really, it is well past time I visited there! 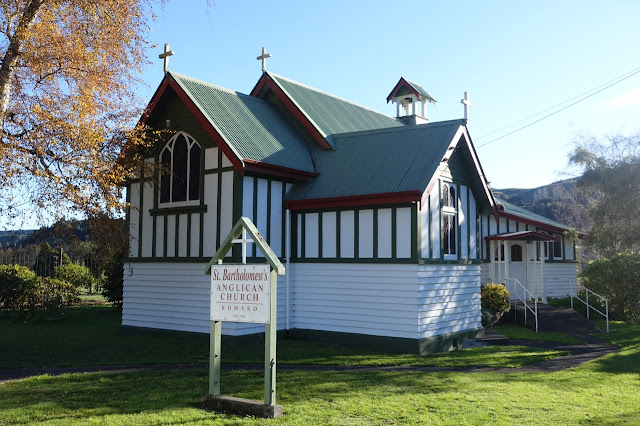 At Raumai I found myself back on the main Pohangina Valley road, and was soon home again in Palmerston North. I had been blessed with winter sunshine all day- and have lots of ideas for further exploration back in these hidden parts of Manawatu.

I took lots of photos as the sunshine was beautiful and the skies were so blue. There is a selection here on this Flickr album. Hopefully it won't be too much longer before I have more to report from another local roadie!
Posted by Kiwi Nomad at 14:44 15 comments:

Yesterday I took a 'roadie' in the Manawatu to try out my new car... Here is a Flickr album of some of the photos I took on a beautiful calm winter's day with blue skies and cool temperatures. I might get around to a blog later!
Posted by Kiwi Nomad at 11:29 No comments: