After the exertions of climbing up Baldwin St #not, - you didn't actually think I would did you?!- it was time for lunch. My Magic Guide found us a cafe on the Esplanade and we both chose a fish/Shrimp chowder which was delicious. Bit windy on the Esplanade though! But my Dunedin guide didn't need as many layers as me on this very cold day... 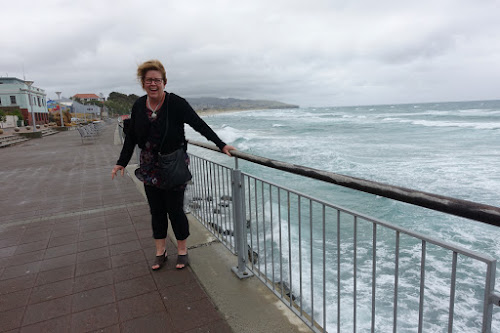 We then drove off to look for a cave in a cliff at Anderson's Bay that I had heard of in a song by Fr Chris Skinner. Maori prisoners had been kept there, and were made to labour, after having land confiscated. Many from Parihaka had been brought there. It is a story from NZ's past most of us pakeha are ignorant of. I found it quite disturbing. 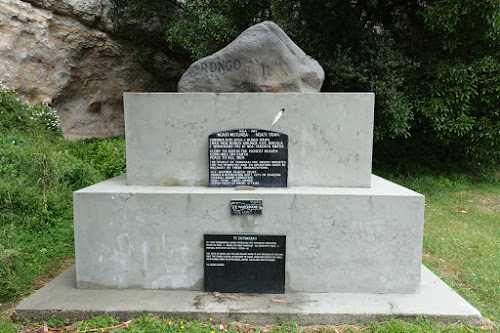 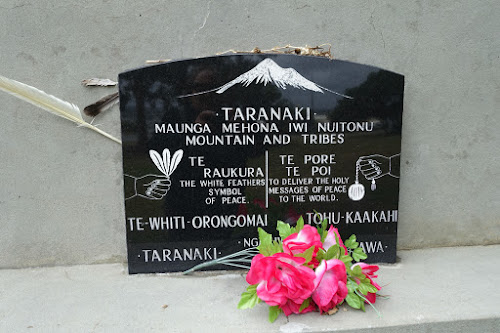 We couldn't find the iron door entrance that we had read about, but a young man passed by at just that moment, and he was able to tell us where to find it. A sombre reminder of how people can treat people. 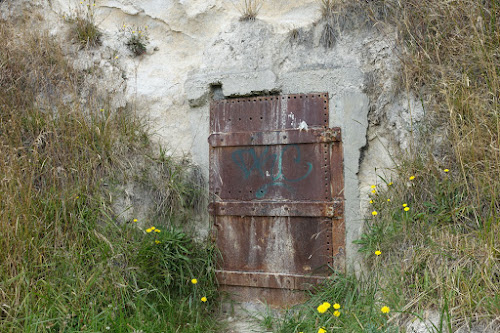 Next came a jaunt down Port Chalmers way. 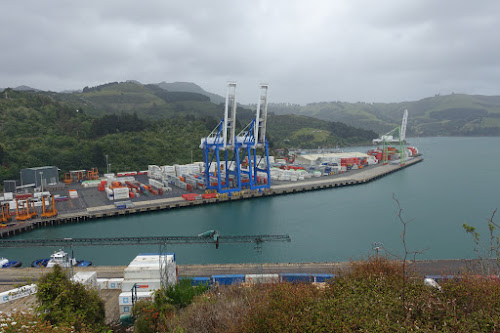 And we got to see where a garden with some Ralph Hotere sculpture has been established. (But again, it was too windy to explore!)

We carried on driving down to Aramoana Beach, a place still haunted by the tragedy there. But it was a place where Anne's family often came with young children for summer picnics and play. 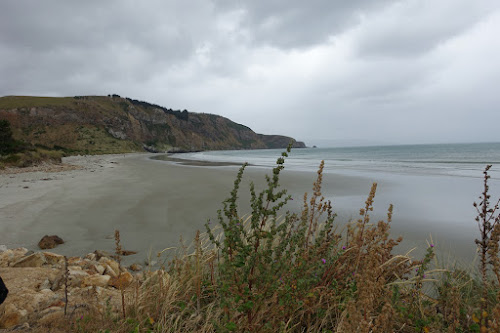 And across from it was the headland on the end of the Peninsula, where the albatross nest. 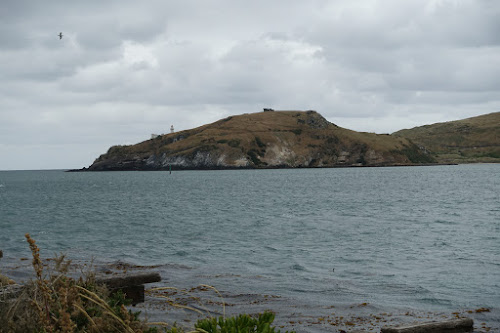 Anne had two last things to show me when we got back to the city. First was the Mouth of The Harbour, with its sculpture. No comment! 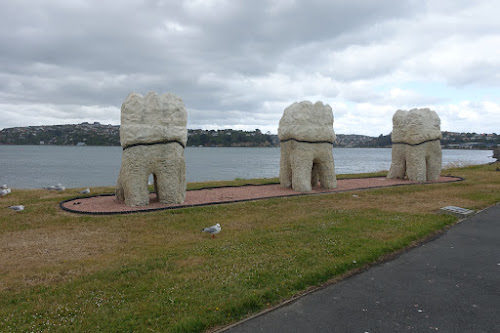 And our very last place was called Tomahawk. Great little beach down there, and finally, we saw blue skies!!! 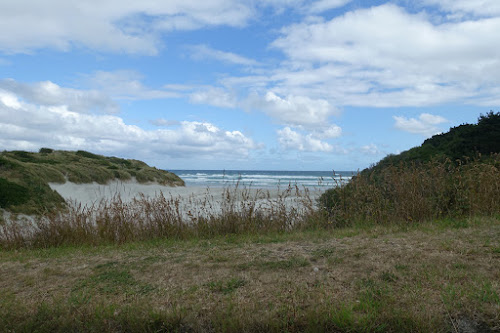 Thanks Anne for my deluxe Dunner Stunner tour! And may we both soon see more of those blue skies. And thanks for the Central Otago fruit!

Posted with Blogsy
Posted by Kiwi Nomad at 11:13