I had a short afternoon wander in the Esplanade today- my last before I leave on Thursday for Rome and Assisi. Here is a fuschia in the autumn light. 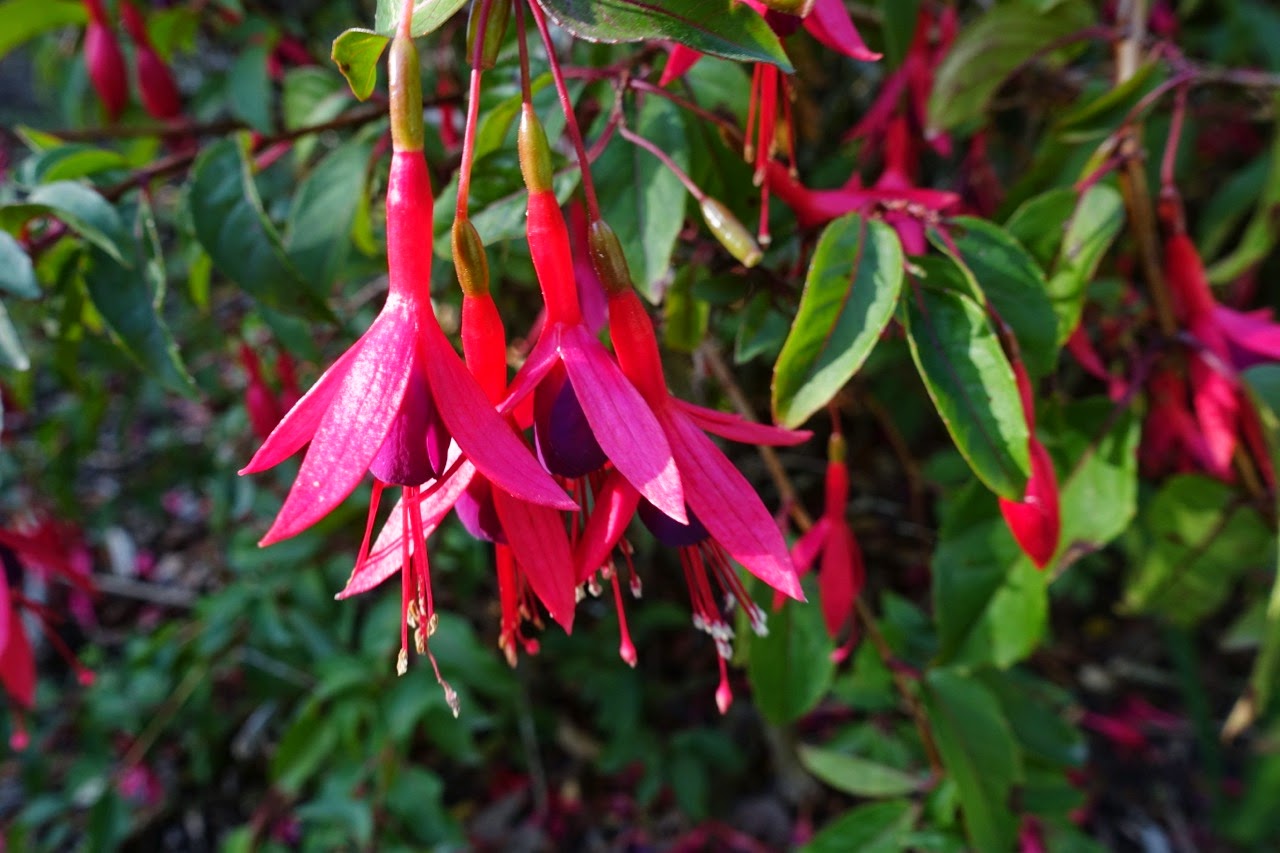 For anyone interested in that trip, I will be blogging if I find wifi at Festina Lente- Hurry Slowly- always my motto when walking! It will be a little strange to jump from home to have a brief interlude in early spring.
Posted by Kiwi Nomad at 18:33 No comments:

The windmills from the lookout on the Manawatu Gorge walkway viewing point- my lunchtime spot.
Posted by Kiwi Nomad at 18:21 No comments:

This morning I was 'packing' for my upcoming walking trip in Umbria- washing the clothes I might take, buying a few new items... And though the lawns need doing this afternoon, it is too warm at present, so I had a brief walk in the Esplanade. It's a 'rejuvenating' place that always has new bits of beauty lurking. 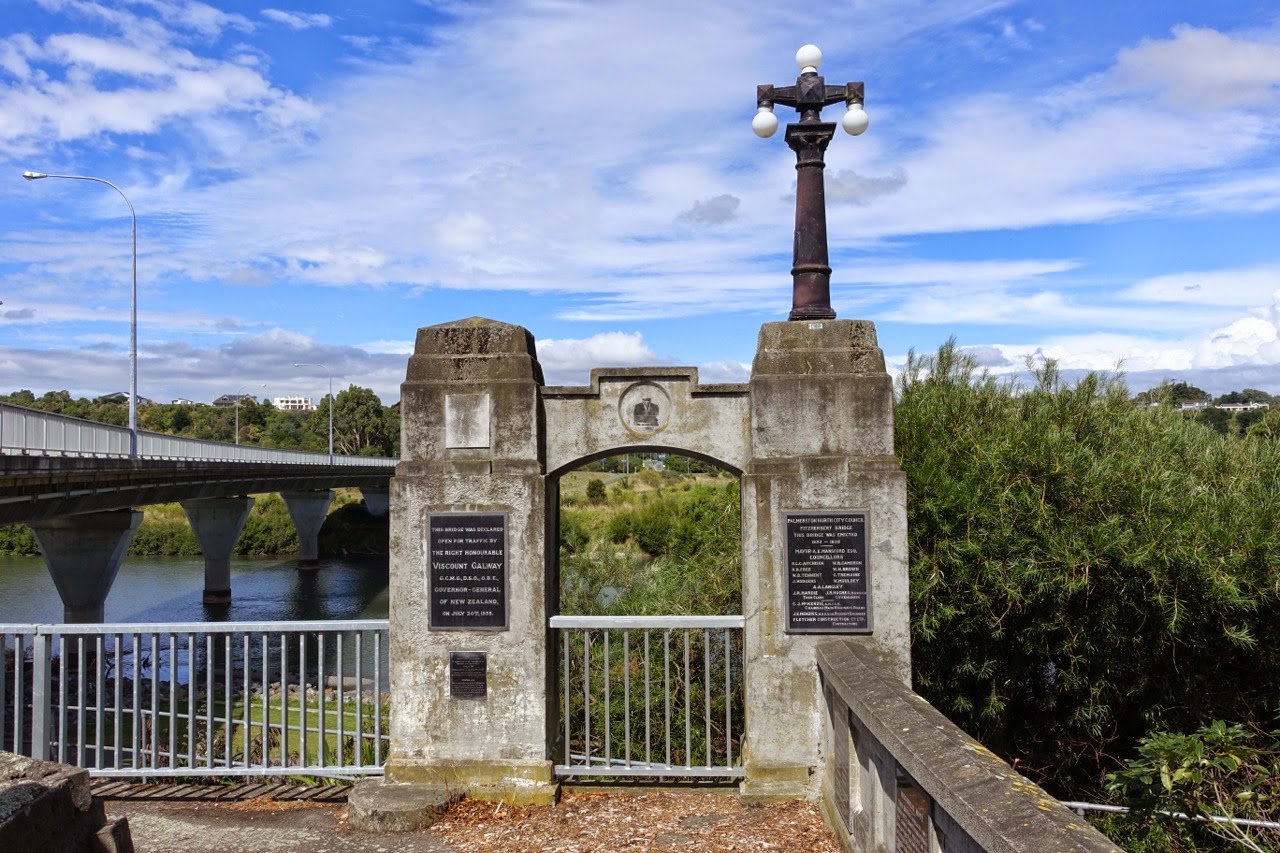 I started at the playground end, near the bridge. The old bridge has a part 'left behind' in commemoration, and today it stood out clearly against the sky. 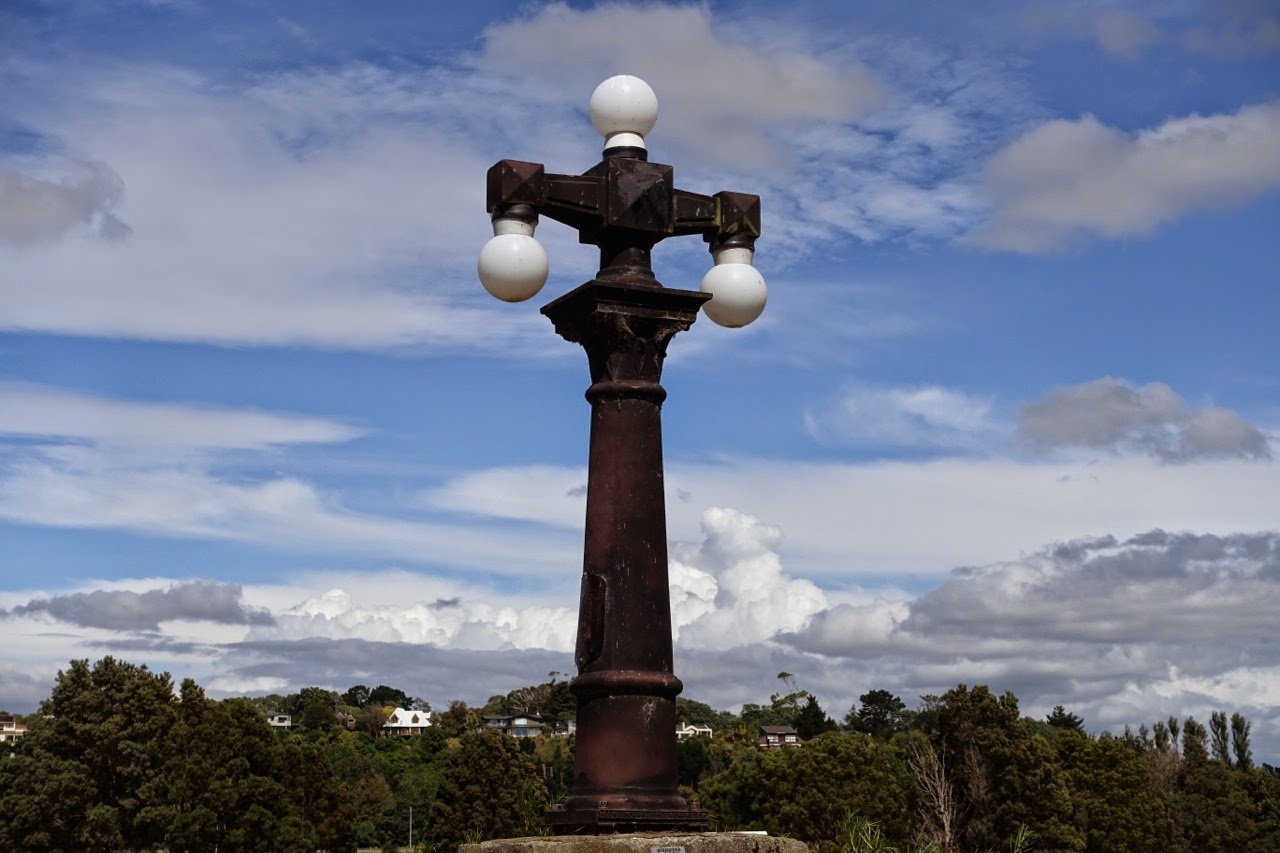 The weather here is beautiful today- warm and fairly calm, but all sorts of clouds are starting to build up, and we know Cyclone Pam is causing a great deal of havoc in Vanuatu to the north of us. 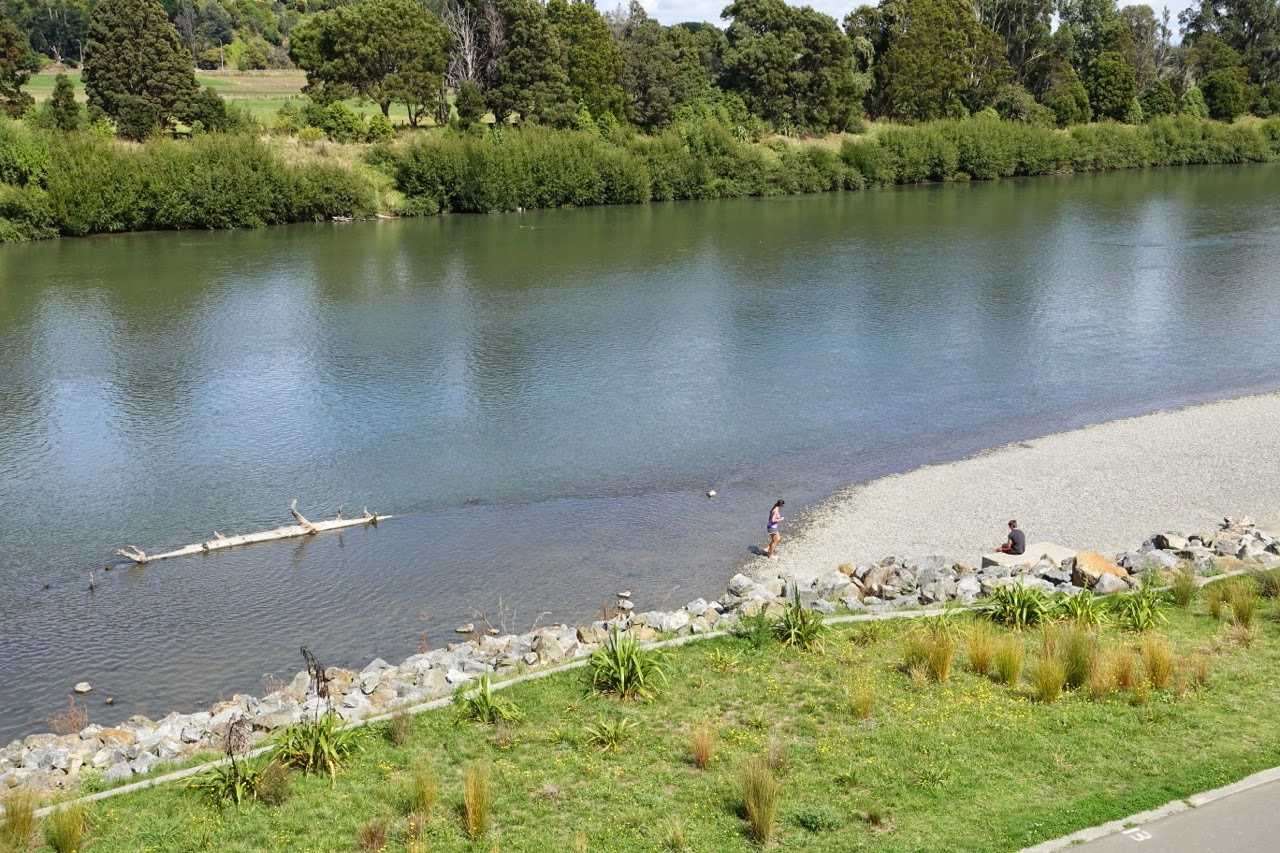 Despite a couple of days of recent rain, the river level is still very low, with many beds of shingle where usually you see only water. 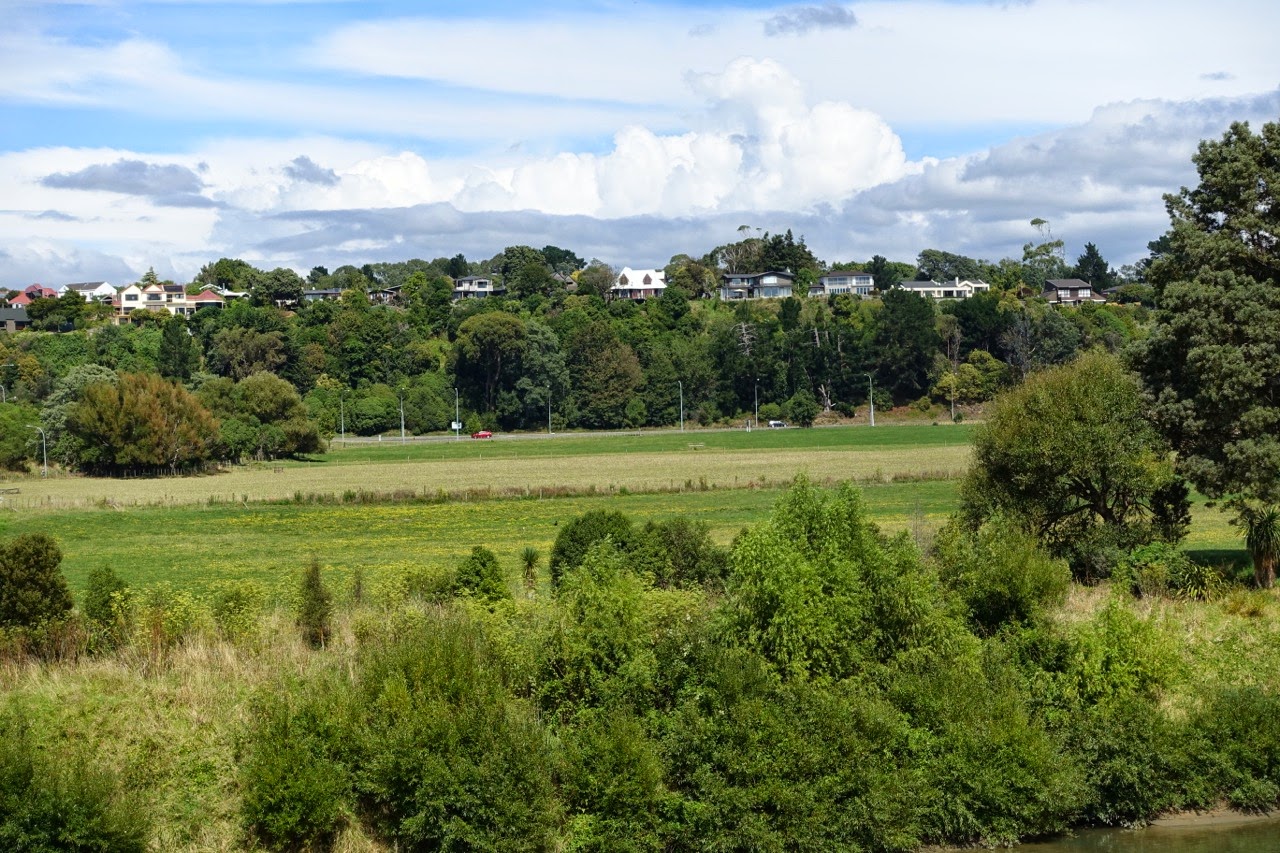 The clouds look ominous above the terrace out Massey way. 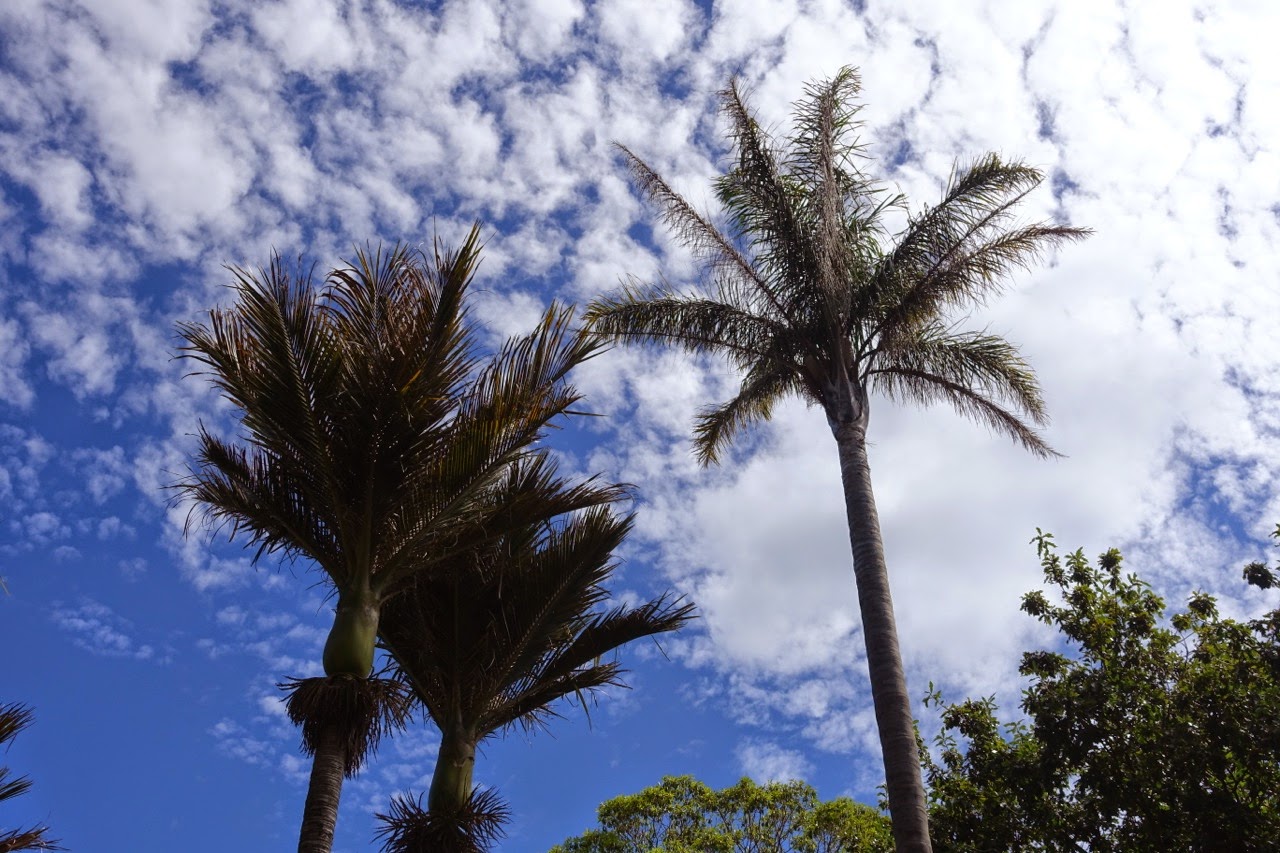 It was warm and pleasant, but the sight of these clouds behind the palms made me think of the people in the Pacific suffering this cyclone. 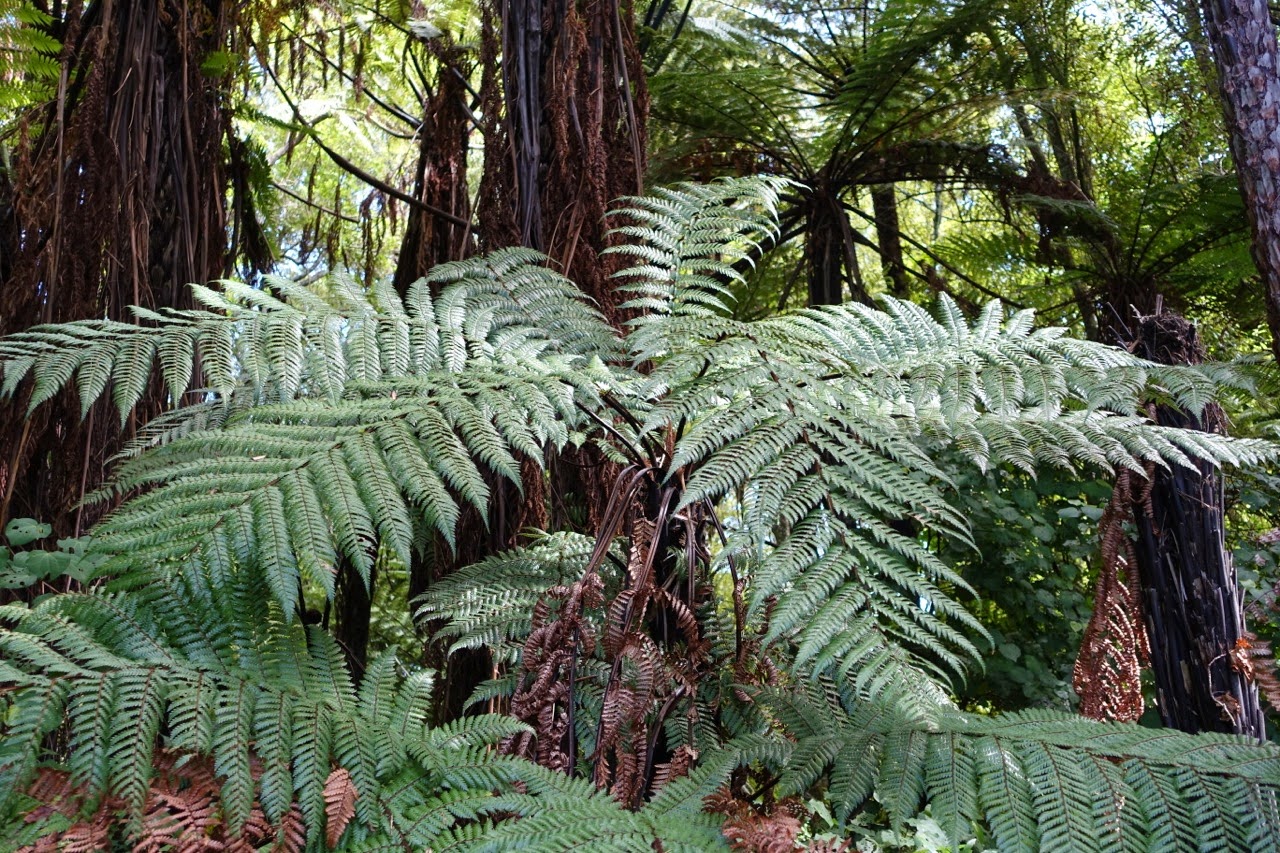 On a warm day I enjoyed the 'cooling' effect of walking in the native bush, near these pungas. 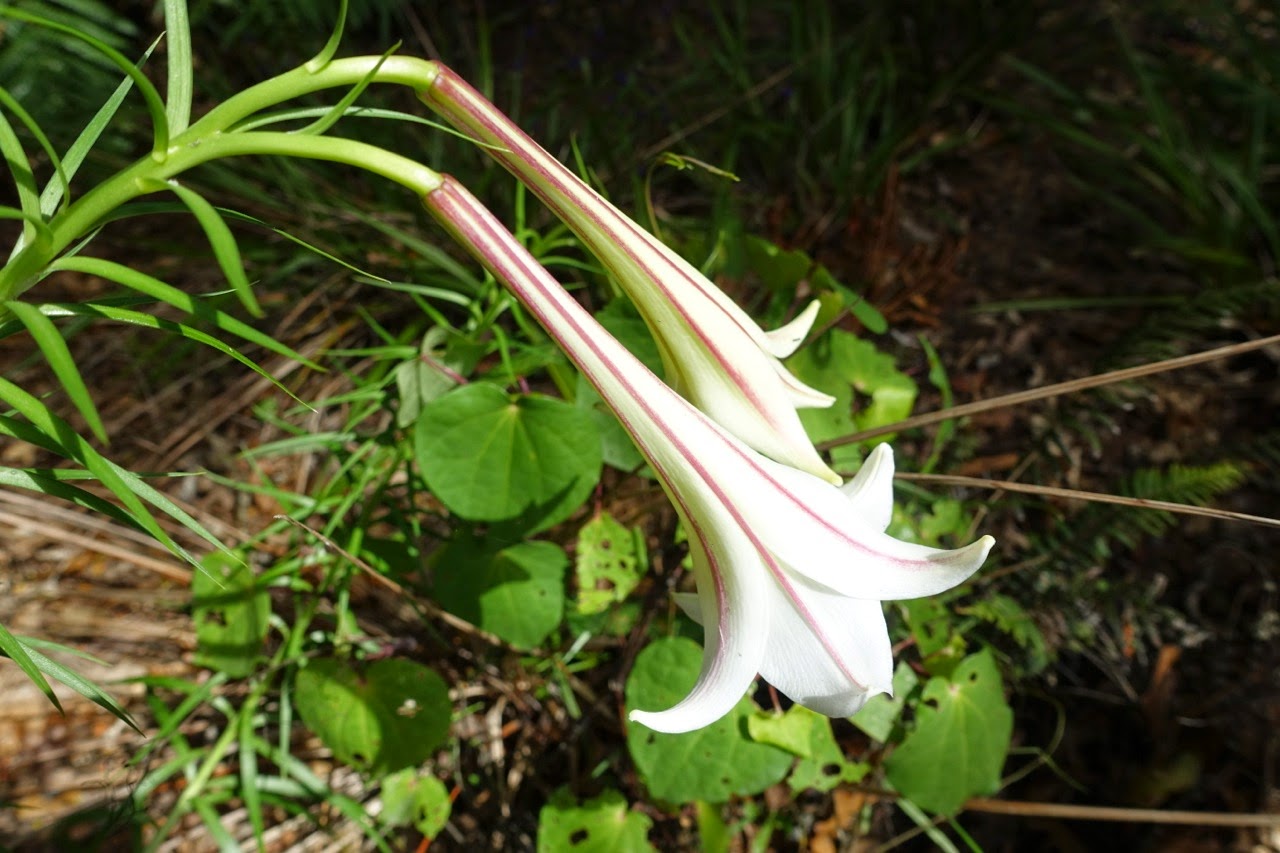 Every season has its flowers in the Esplanade, even in the dead of winter if you look... 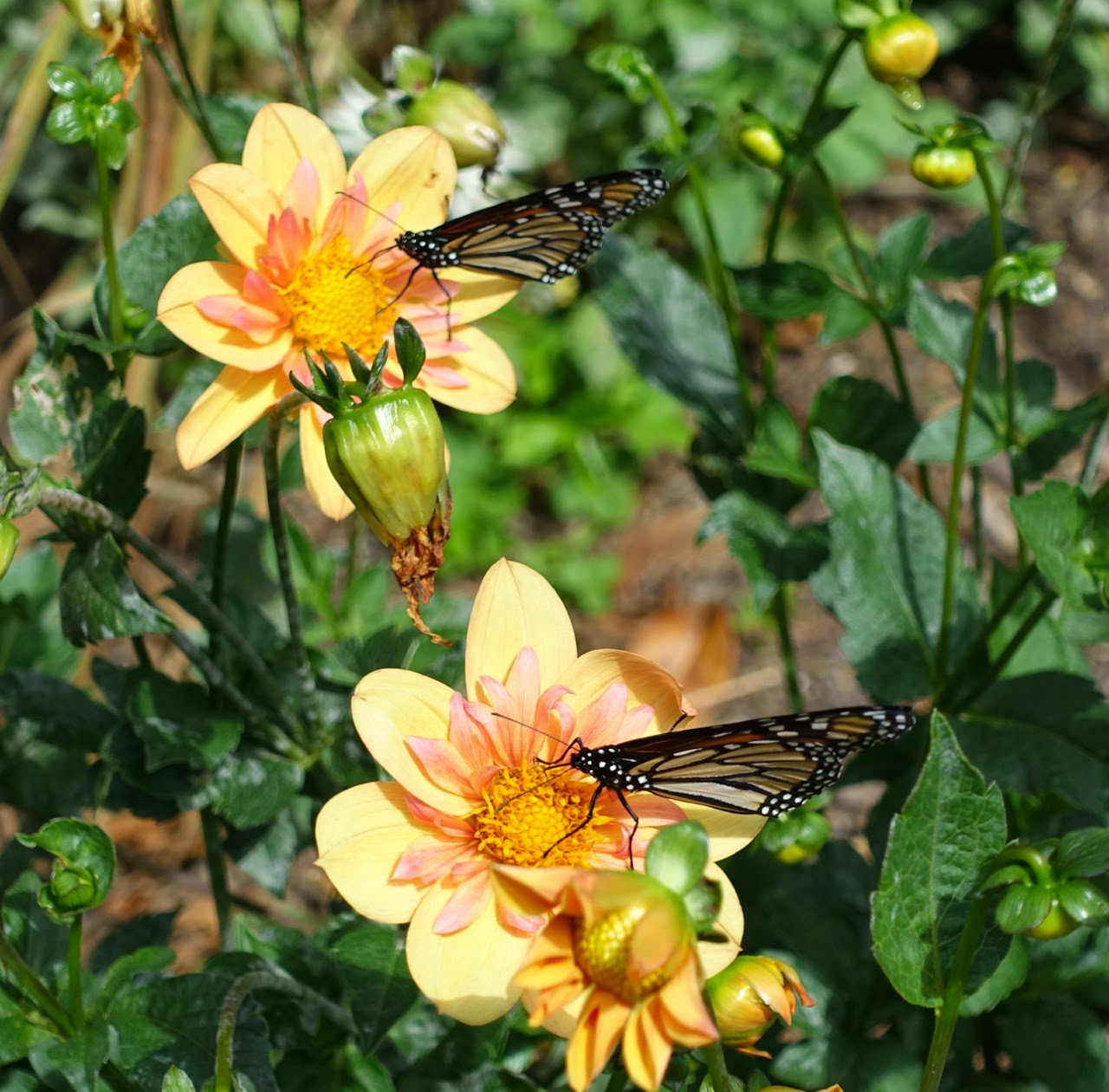 Some of the dahlias in the 'butterfly' garden are starting to have an end-of-season look about them, but the monarchs are still feeding there. 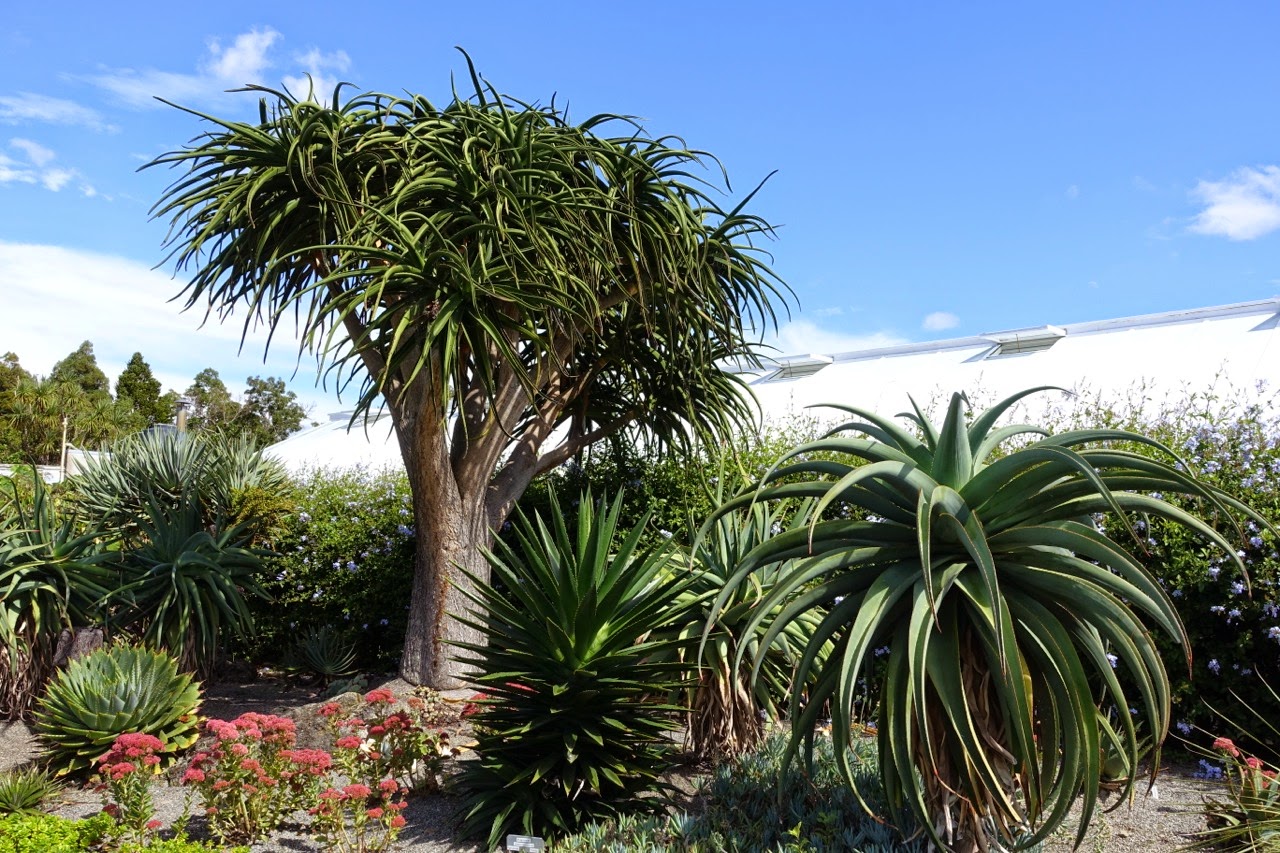 Outside the conservatory, there is almost a feeling that you might be in Mexico... 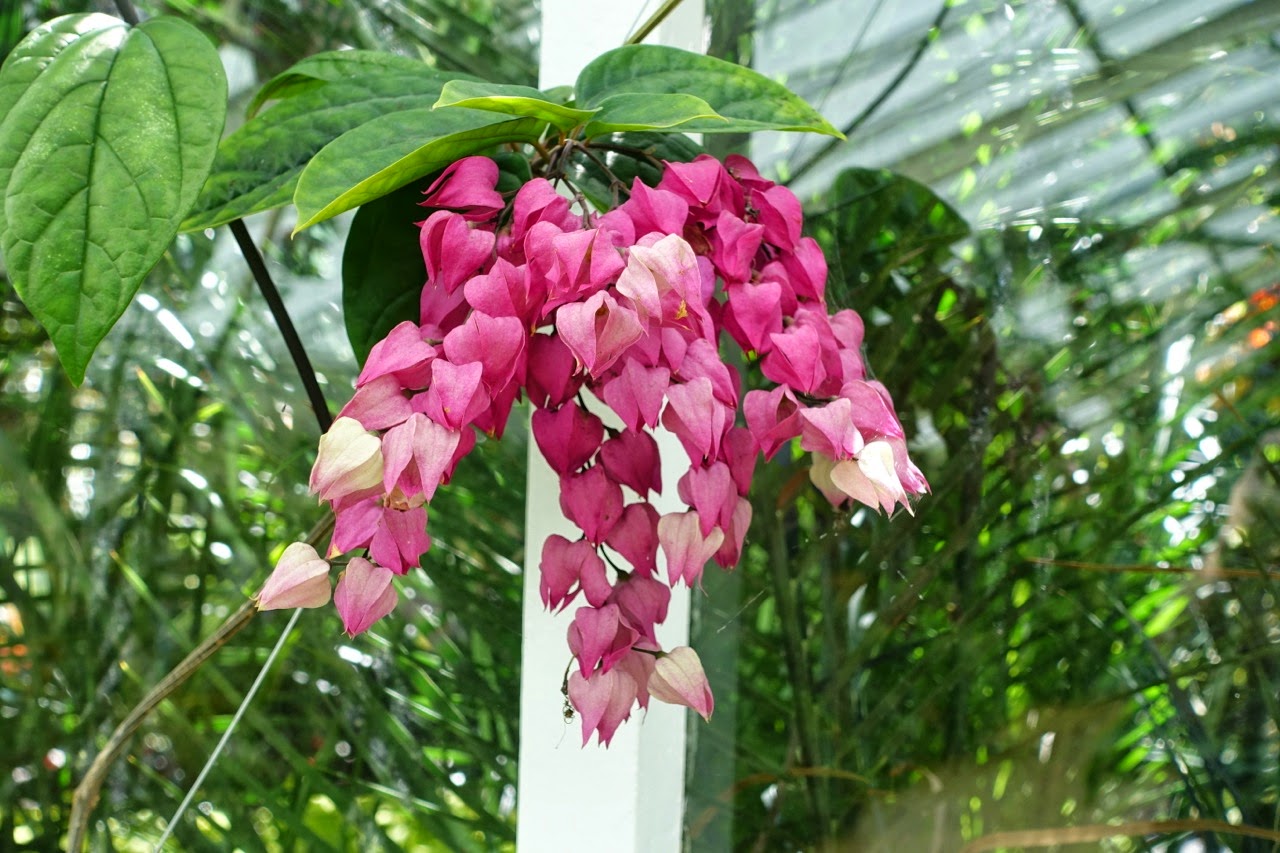 Inside the Peter Black Conservatory, all kinds of flowers are in bloom at present. Here are just two. 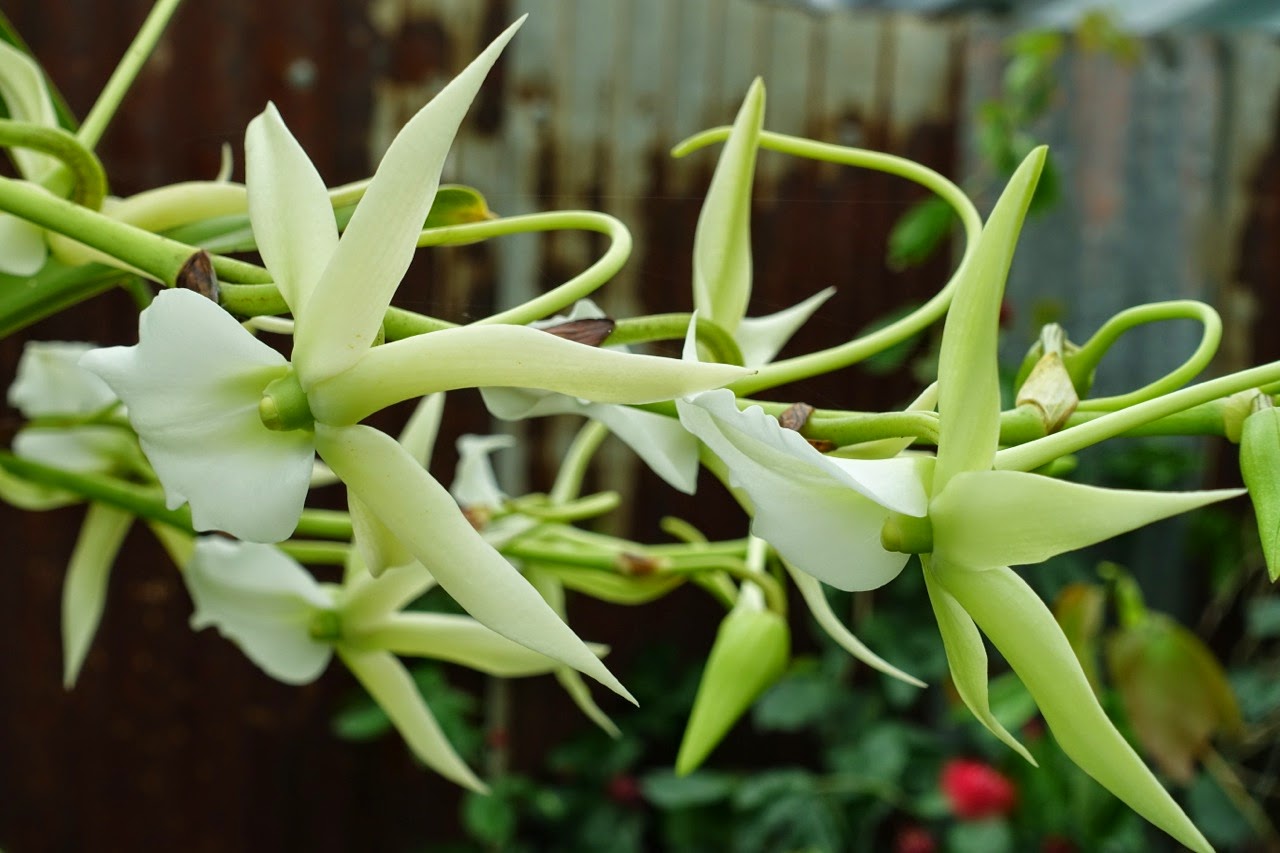 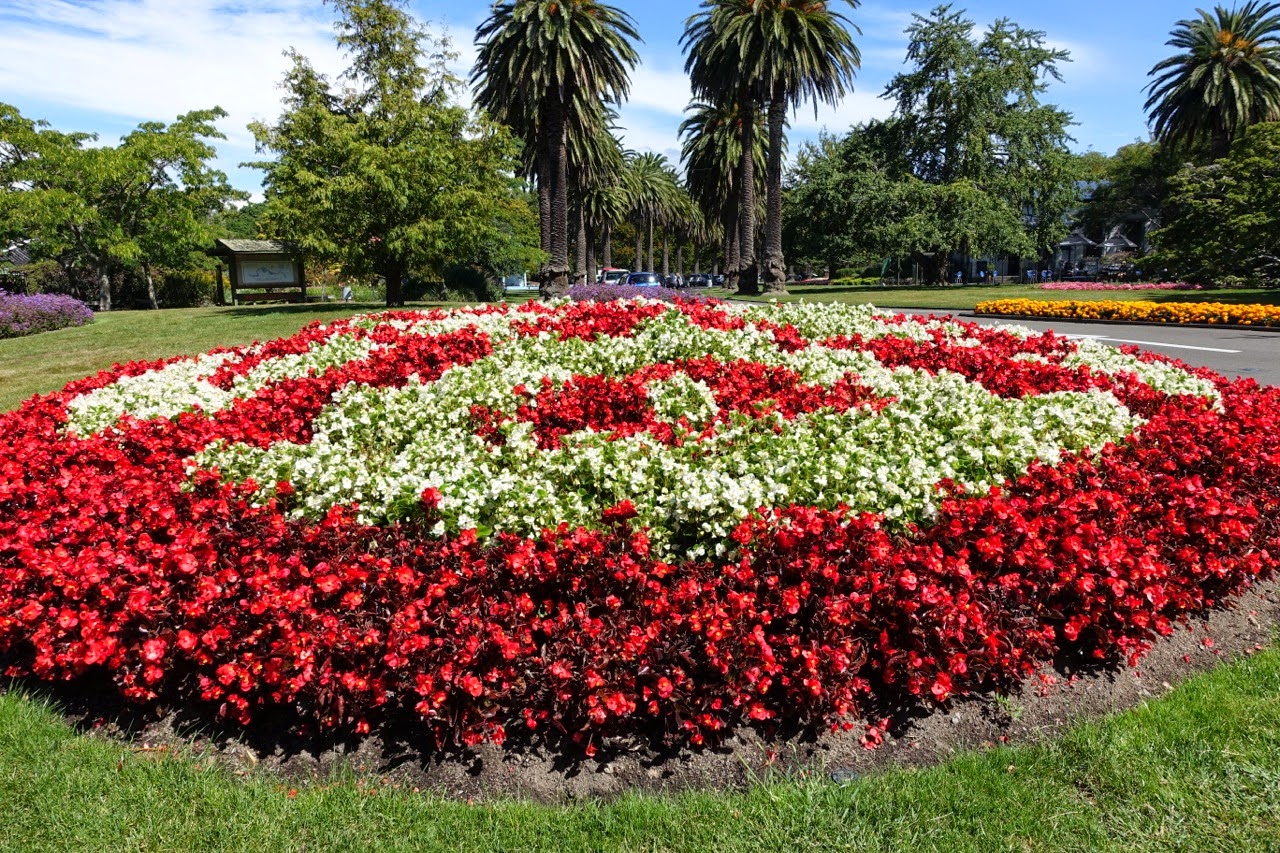 The gardeners at the Esplanade do such a fantastic job. I love the colourful beds they plant that speak so loudly of summer. 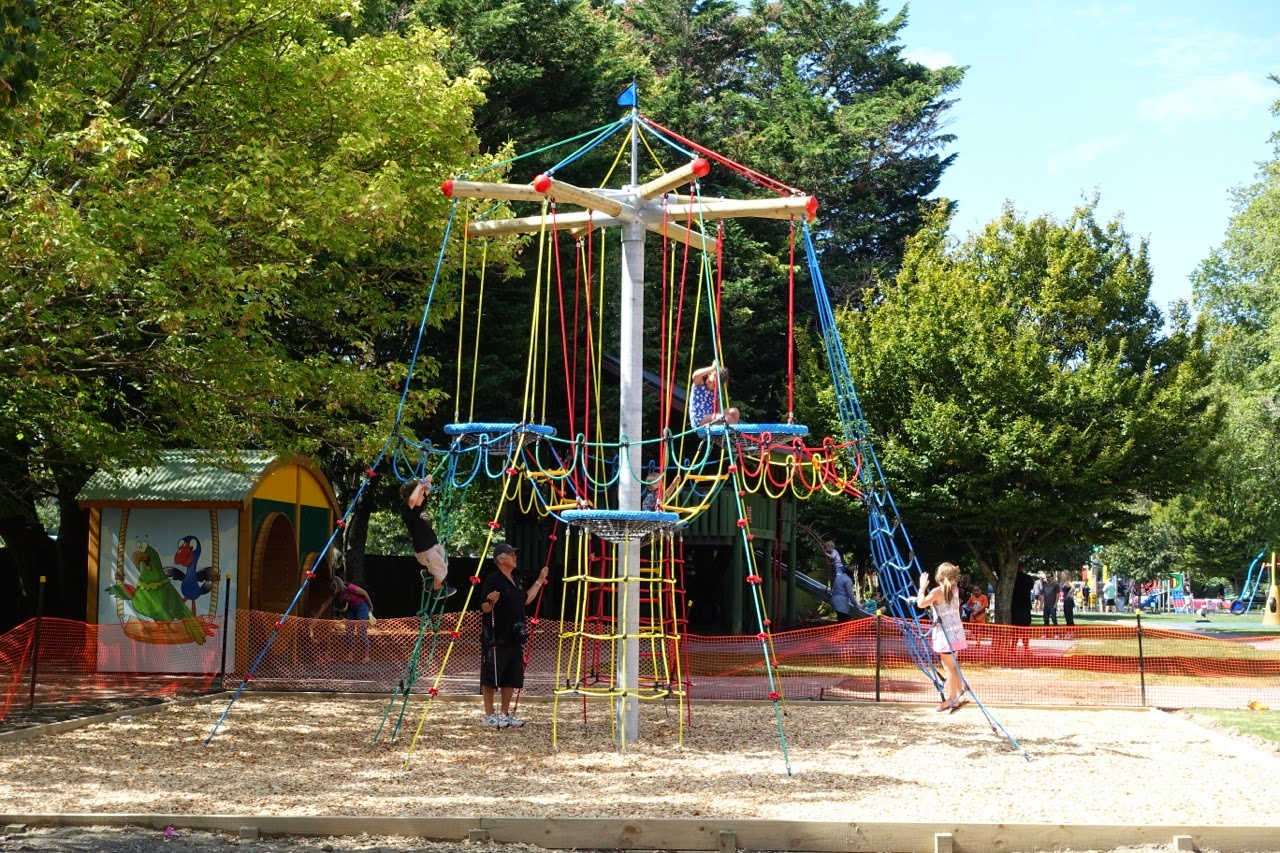 And new playground equipment is appearing. This climbing frame makes me think of pirates, so I am sure it must be making the children imagine similar things.

Tomorrow it's the Manawatu Gorge again. This is the third to last weekend before I leave. Now, off to do those lawns I have procrastinated about...
Posted by Kiwi Nomad at 15:30 2 comments: