Colour in the city.

I finished work early today, a glorious autumn day, so I decided to head out on a wee bike ride with my camera.
First I stopped in the Square, where they often have banners hanging from the heavy-duty industrial light fixtures. 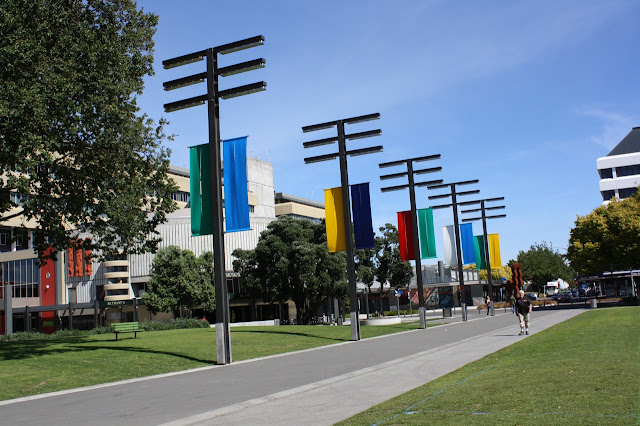 Sometimes these banners advertise an event, and sometimes they just seem to add colour, as these ones did. 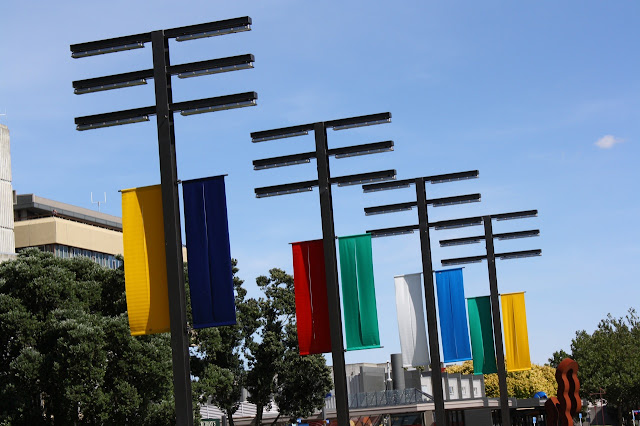 Not far away a new kinetic wind sculpture has been installed near the Convention Centre. 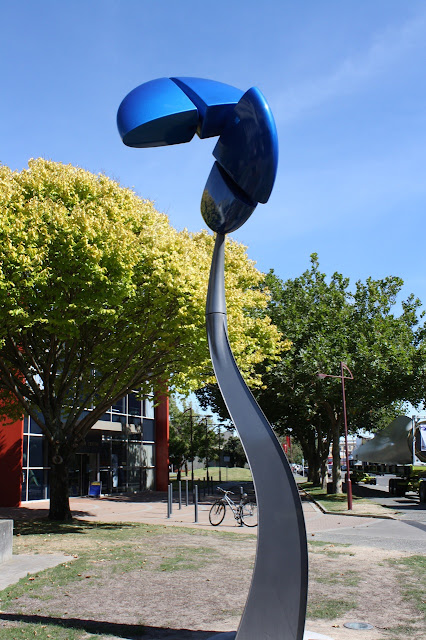 The sun shone and it moved gently in the breeze today. I spoke with a man passing by, who works in the city council offices overlooking this sculpture: he said that last week in the strong winds it really opened up. 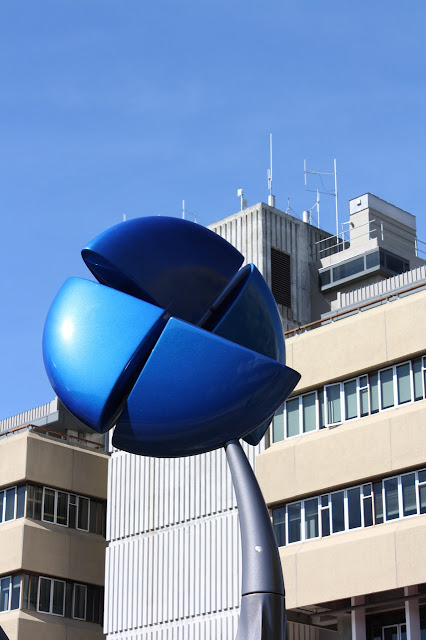 I will have to go back one day when the wind is really blustery and watch it again. 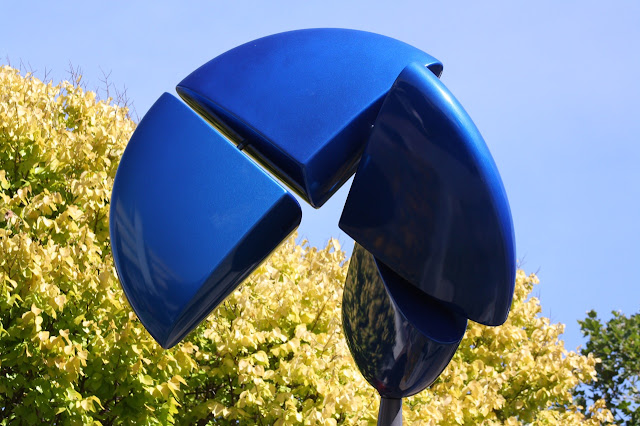 Next I visited Rangitikei St. There are some interesting old buildings still dotted around the city, that have escaped being destroyed and replaced by bland modern buildings. Recently while on a bus I noticed the higher levels of the facades on these two buildings, that I have always missed seeing from the lower vantage point of bicycle or car wheels. So here we have a white tui, 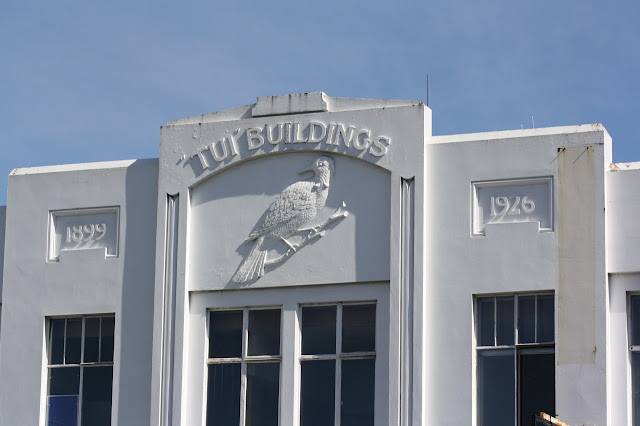 and a fascinating bit of history with a Jersey cow. 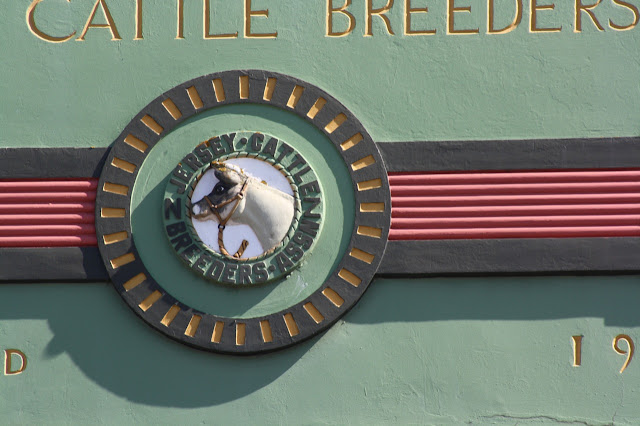 And for fun, just a bit of modern colour: 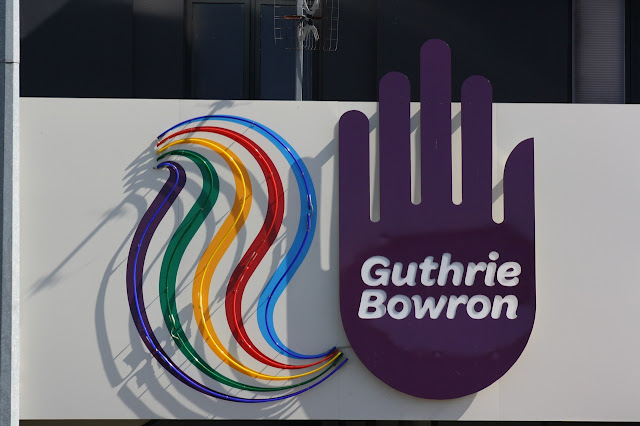 Lastly I called into St Pat's on the way home, and saw purple covered statues and crosses for Holy Week. 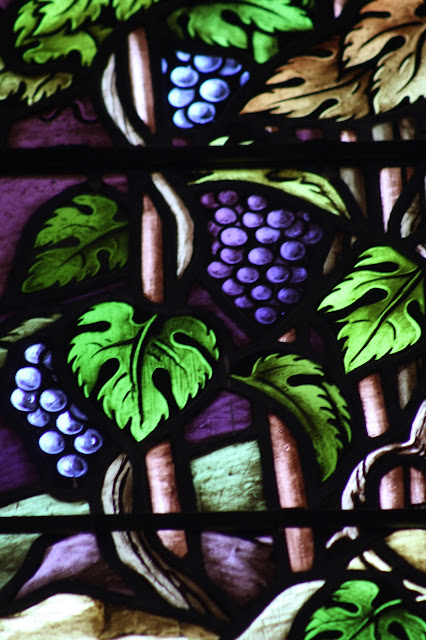 But it was the purple and green of grapes in this stained glass window that took my eye.
Posted by Kiwi Nomad at 15:58 No comments:

Beautiful version of the song 'The Prayer', sung by a selection of popular classical singers.
H/t to Paul Snatchko
Sorry I don't know how to make the embedded version fit properly for this. You can go directly to YouTube here.

During the last hols, I met up with E from Vancouver for a day in Wellington. We took the Cable Car uphill, then walked back down to the city via the Botanical Gardens, the Bolton St Cemetery, and Parliament Buildings. We never had time to do much exploring in the old cemetery, but I grabbed a brochure intending to get back there. Today I finally did....

The Bolton St Cemetery has graves of many original European pioneers in the city, but some years ago, many were disinterred to make way for the Motorway. There is now a well maintained memorial trail down through what is left of the cemetery, and it seems that many have worked to honour the memory of those interred there. (It was unfortunate though to discover remnants of a Friday night drinking session, near the burial vault where many remains were re-interred.)

The cemetery has graves of many 'famous' early inhabitants, and also sheds light on aspects of life in Wellington in the 1800s. 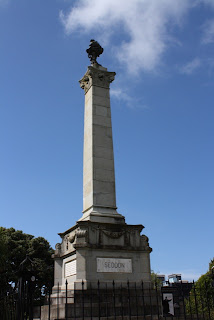 As you approach the memorial park from the Gardens, this large tomb of Richard John Seddon is the first one you see. (I was surprised to learn the the observatory was re-sited to make way for this monument!) Seddon originally lived in Kumara, where my Scettrini, Payn and Lalor ancestors lived, so he is a Prime Minister we feel a link with. 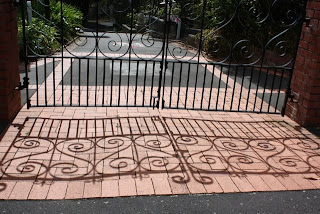 The gates to the park threw this attractive shadow. After the weather of recent days, it was a bonus to have some sunshine for the walk.... 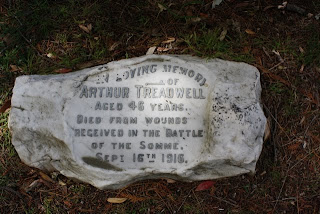 There was this poignant reminder of one who died in WW1. 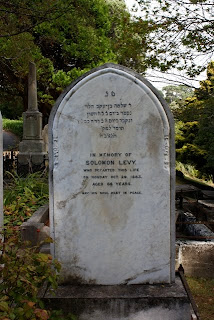 I was surprised to learn that Wellington had a small Jewish community. Some Jews had emigrated from England, as they could freely set up businesses here in NZ. 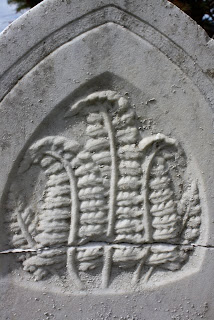 I presumed this was an early rendition of a NZ fern, now often used as our symbol. 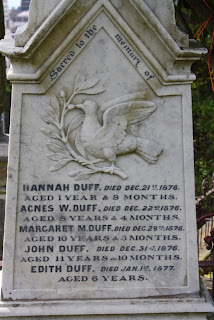 There were several graves that told sad stories where families sometimes lost several children in a short period, of such diseases as diptheria or scarlet fever. 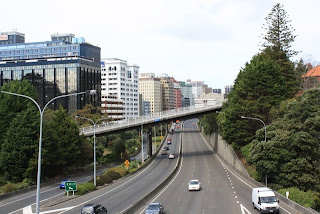 The upper part of the memorial park is separated from the lower section by this great swathe of modern Motorway. 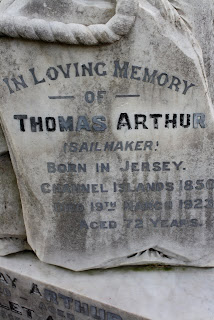 This headstone took my eye, partly for its elaborate carving, but also because it was in honour of someone born in Jersey (as was my Payn great-grandfather.) 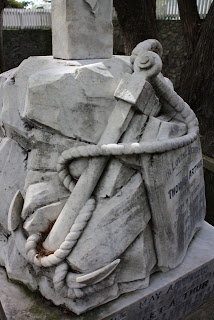 And, with that little wander through history over for the day, I joined my young niece and the extended family for a birthday celebration....
Posted by Kiwi Nomad at 22:33 2 comments:

End of the golden weather 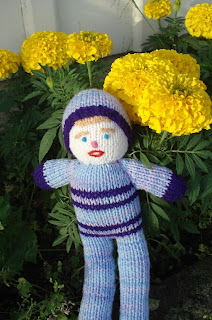 We have just had a cold snap that brought to an end our lovely Indian Summer- a reminder that winter is around the corner. It was quite pleasant again today though, and here is Arohanui just catching a last bit of the evening sunshine. It won't be long before the long evenings of daylight saving have to come to an end for another year...... so she thought she had better make the most of it!
Posted by Kiwi Nomad at 19:07 3 comments: