Someone at work recommended Wharariki Beach as one of her favourites. I was able to spy out the lie of the land yesterday, as we headed for Farewell Spit.

I had decided I was going to be lazy and take the 20 minute shorter option for the walk to the beach, but the joke was on me, as I misread the arrow. I should have started on the track that headed uphill. I am very much in holiday mode now, so wasn't wearing a watch, but I began to wonder how unfit I really was if I had walked seemingly for far more than thirty minutes, but no beach was in sight. 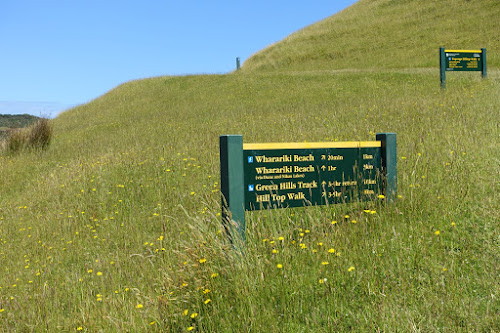 However, the longer route was very interesting, passing both farm land and bush. 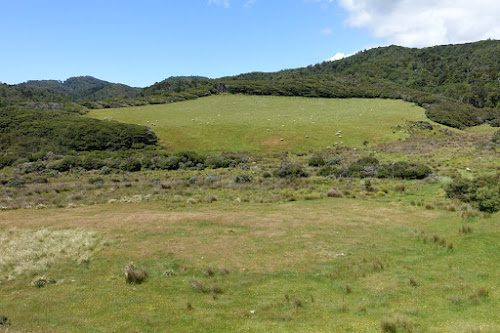 And then the track went past a small lake. 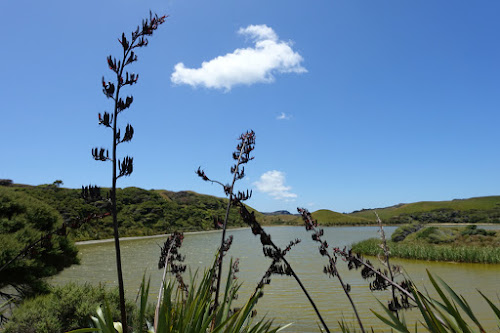 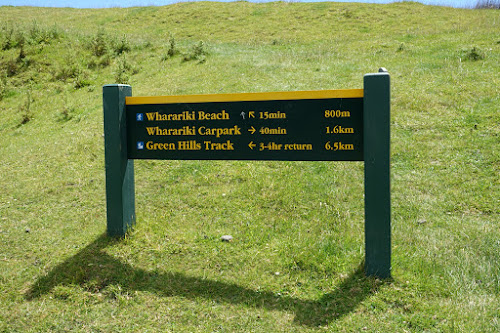 Finally a sign appeared that let me know I was indeed on the longer track.. 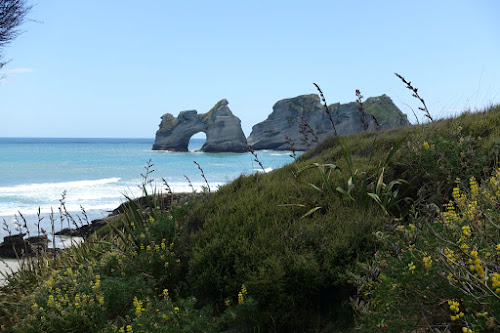 It was an interesting skedaddle down to the beach, and I was glad I'd been warned to go near low tide, or else the route across to the rest of the beach would be tricky or not passable. 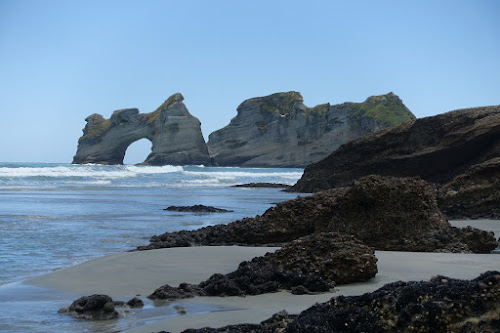 Such a fascinating array of rock shapes and types. The lower level had conglomerate rock. The tilting told a tale of uplift and earth movement, and of course, erosion by the sea. 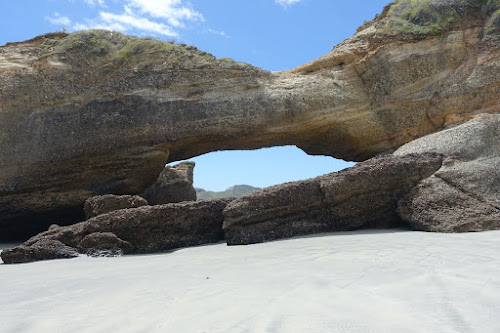 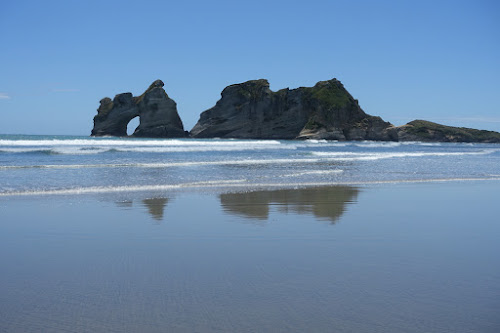 It was a very beautiful beach to walk along. 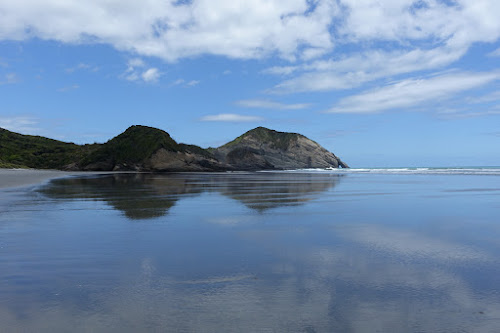 My friend had told me I'd be likely to see seals, but it didn't at first seem likely. However, at the far northern end of the beach there was about to be some drama. An overseas tourist had just told me the seals looked cute. I told her she needed to be wary as they could be quite vicious. She didn't look convinced. Suddenly all hell broke loose, as a nearby large male went for a female. She wasn't having a bar of it, and quickly took off up the rock, where some pups were resting. The male followed.. Not sure what the outcome was... 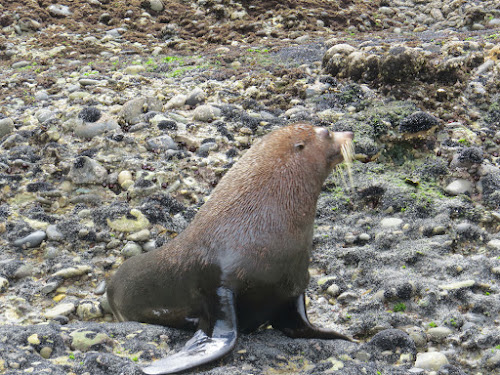 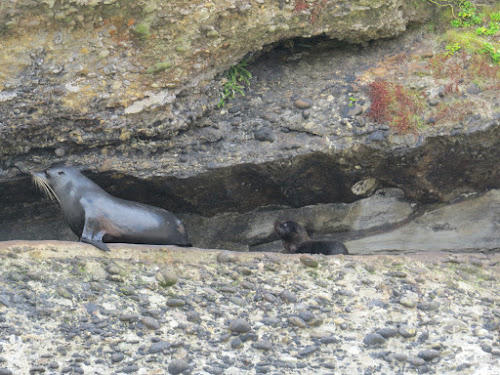 It was a great walk to a stunning beach, but do check the tides. The hardest bit on the shorter route home was climbing up the sand dunes to reach the track! 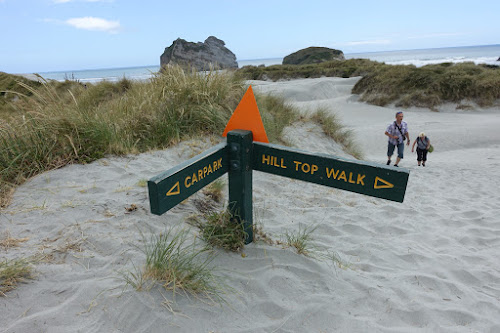 Posted with Blogsy
Posted by Kiwi Nomad at 08:04