It was wonderful to arrive at Mt Cook in sunshine, and it brought back memories of a Hooker Valley walk here in extreme heat some 25-30 years ago. Then the camping ground was further down the valley, and the glacier was much further down as well, filling the valley where moraines now lie 'abandoned' as the glacier has made its dramatic retreat.

I checked out whether there were camping spaces, and there were ample, so it seemed like this might be my stopping point for the evening. The views were stunning. 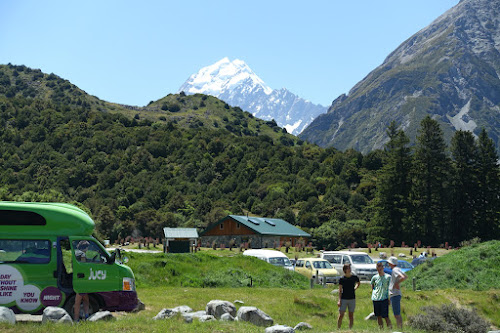 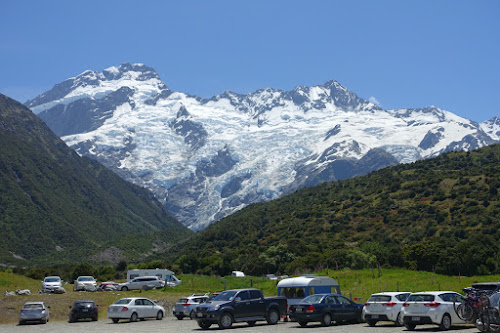 I wasn't sure how far I would walk this hot afternoon, but I made a start. 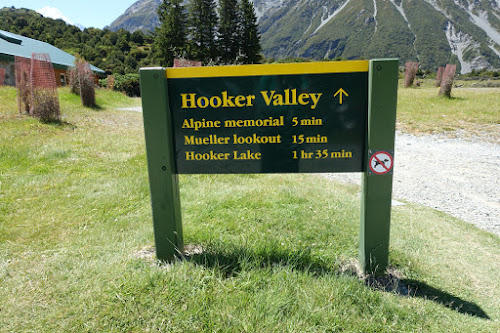 Soon there was a large stone with a plaque to commemorate the first woman, Freda du Four, who had climbed Mt Cook in 1910. Her original photo at this point showed her in very feminine climbing gear: how amazing she could do it thus dressed.

Just past it was a memorial to climbers who had lost their lives in the area. An old tramping club friend had died here, so it seemed like a suitable pilgrimage to climb up to it. 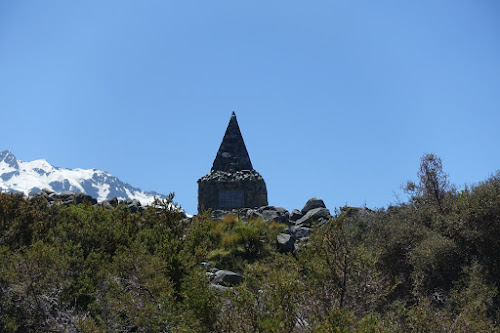 There were some clear views of Mt Cook near this point and I am glad I took photos, as it couldn't be seen the next day. 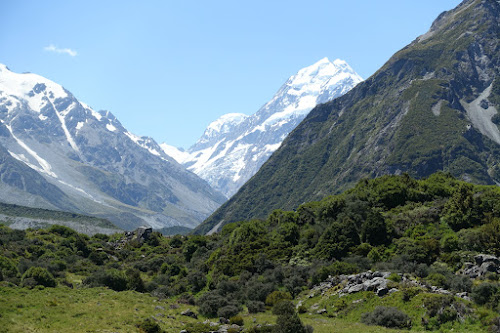 It didn't take long to get to a viewpoint over Lake Mueller, but you had to look high on the mountainside to see where the glaciers still lay. 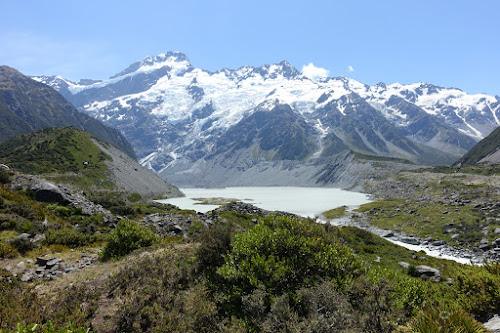 And down below from there, you could see an exciting swing bridge to cross, so I continued. 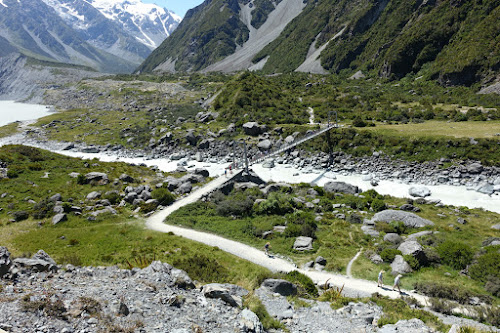 It felt a bit scary taking photos from the bridge, but I can imagine it is so much scarier in the wind. 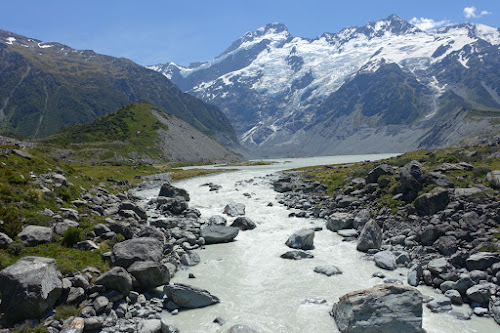 Further on there was another swingbridge, and I walked to a point overlooking it. I had dark trousers on, not suitable for the heat, and my one small water bottle was not enough to drink. So I decided that camping out here, ready for a morning walk, was a grand idea. 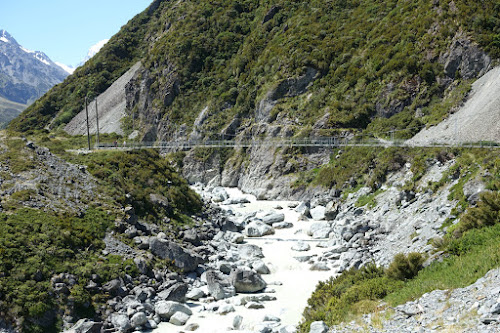 Going back in a downhill fashion seemed much faster even on a hot day.

And that my friends is the end of the photos I took with my good camera, until that which became lost was found. The next shot I took with it was checking out whether it still worked, in my car, in the rain, in the car park. And thankfully it did! Thanks to the Alpine Guide who retrieved it! 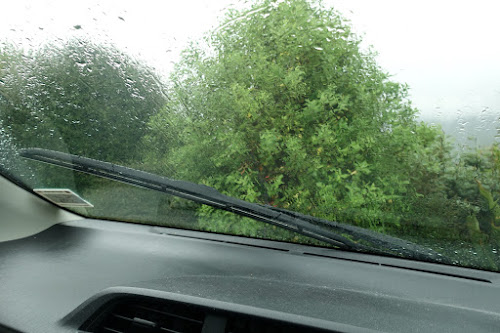 Posted with Blogsy
Posted by Kiwi Nomad at 07:53