Thanks to the anonymous alpine guide at Mt Cook who found my camera, and handed it into the Hermitage Reception, and thanks to DOC for being interested in my lost camera, I can now bring you yesterday's sunny day shots!

I woke at Rakaia Gorge, and enjoyed spending some quiet time enjoying the river view as the day began. 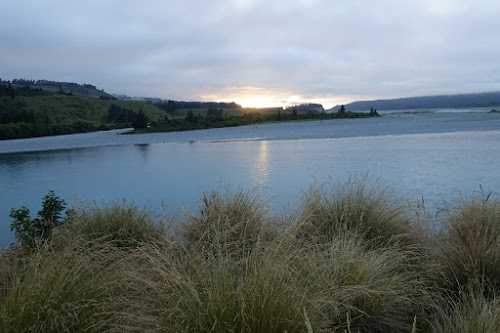 I enjoyed the first part of the drive to Geraldine very much, and it wasn't long before I had joined a NZ traffic jam. 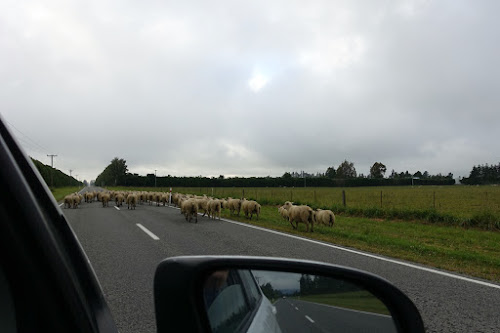 I was surprised by how much flat land I encountered: the South Island is not as hilly all over as I had fondly imagined. 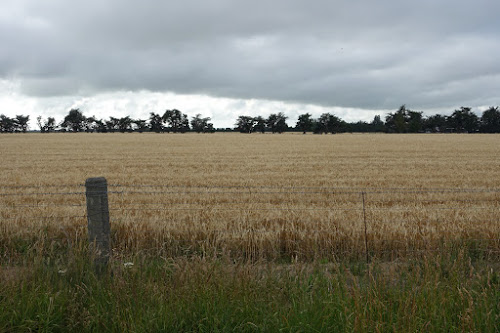 So much of the flat land on this east side of the ranges is very arid though, and a huge amount of irrigation is needed, especially for dairying. 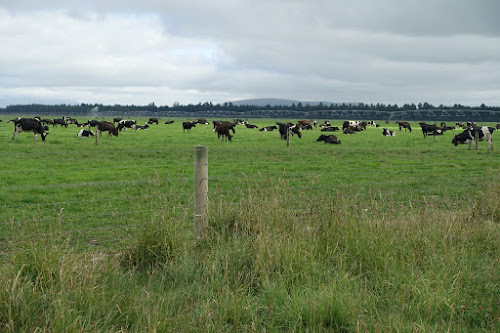 I took the inland scenic route again, and stopped off at an Arundel picnic area near the Rangitata River. It looks so gentle but debris around the piles tells a story of some intense floodwaters. 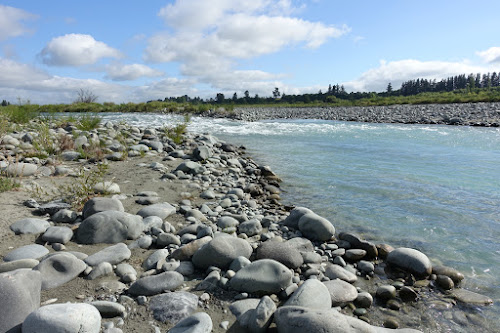 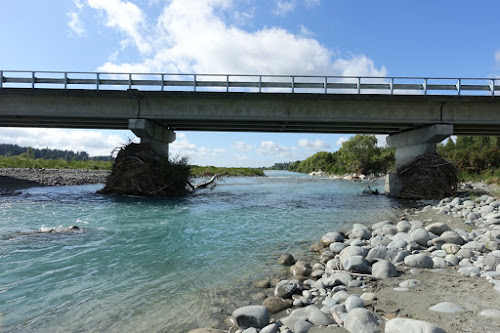 Gradually some of the countryside started getting hillier. 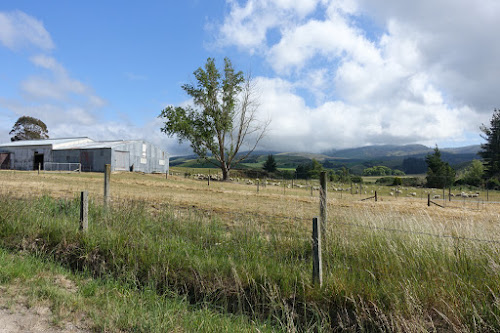 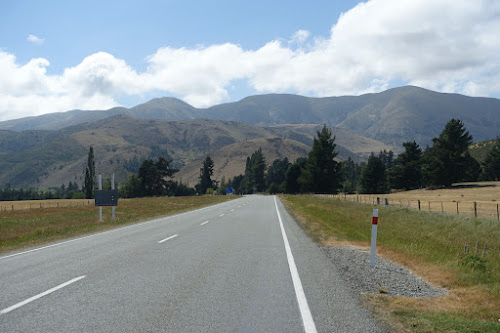 From Geraldine to Fairlie, I was finally on busy roads, and a local man told me it was everyone heading to Queenstown and Wanaka for New Year.

And from Tekapo I was in the midst of throngs of tourists, many of them from various Asian tour groups. 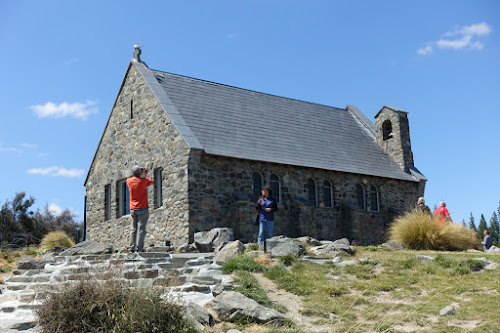 It was the right decision to go here on Wednesday though: Mt Cook was clearly visible from way back along Lake Pukaki. 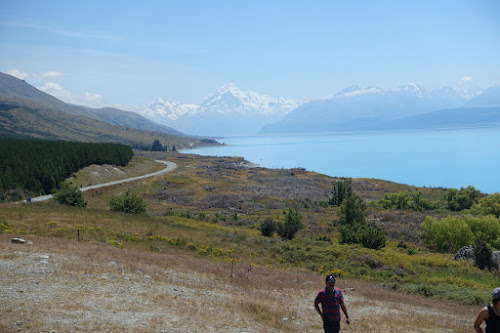 I arrived in Mt Cook in full sunshine- which gives a misleading view as I know the mountain conditions here can be so harsh. 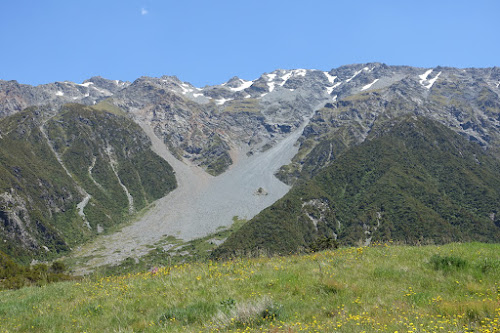 After hearing how Farewell Spit is being built up by small particles originating around Mt Cook, I took note of the many hugely fractured, unstable rock faces.

Posted with Blogsy
Posted by Kiwi Nomad at 07:48