It was to be my last morning beside the estuary in Collingwood, and I rose early to sit beside the water. The tide was quite far out, and one hopeful fisherman was out there before me. 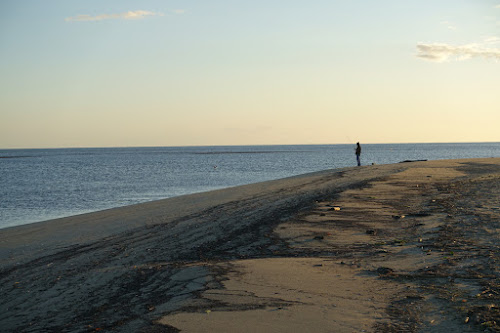 I noticed a small pohutukawa tree blooming beside the shore, and if my four young French friend from last night had been awake, I would have made sure they knew its significance! 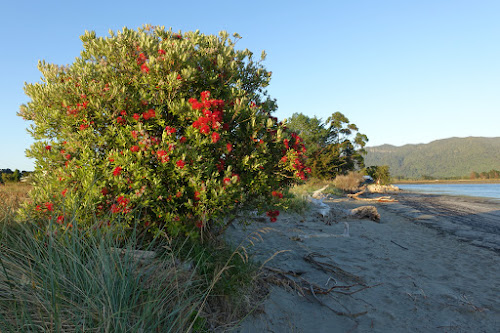 I stopped off for the walk to Te Waikoropuku Springs, where water bubbles up from the marble catchment below. I bought another bag of fresh cherries from the same orchard at Riwaka. And I was glad I had passed through Motueka before, as it was in the grip of Christmas madness, which made it good to be certain of my directions. 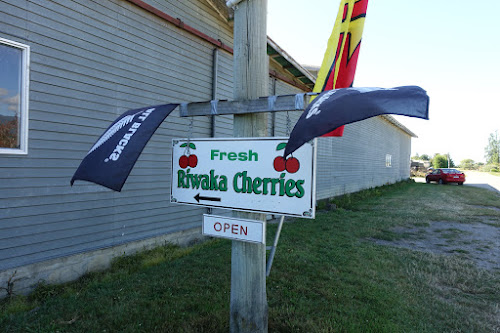 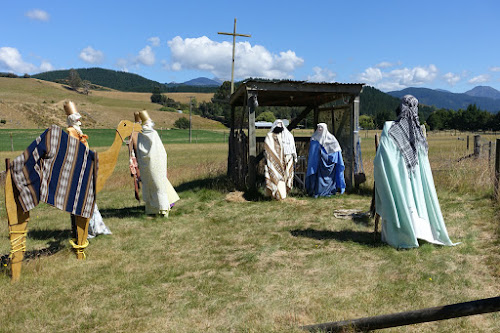 I stopped off by the roadside in a rural area called Stanley Brook, in the Motueka Valley, where they had set up this nativity scene.

Then I did a walk along the Kawatiri walkway- where construction of a railway line was started but never finished. You got to walk over a bridge, and through a tunnel. 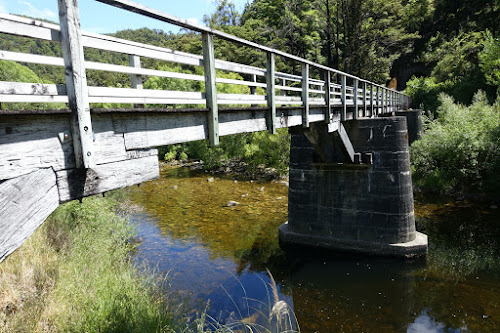 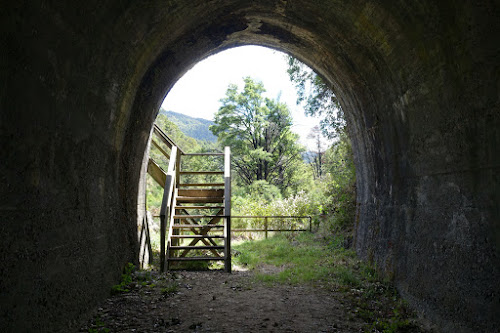 Next I drove to St Arnaud, where the beautiful Lake Rotoiti sits amongst mountains. I was surprised to find the peace disturbed by a water skier! One of the most interesting things about driving away from St Arnaud, was seeing the Upper Buller River- just a rocky stream really. But all the way down towards the Coast, other rivers were joining it from their mountain beginnings. 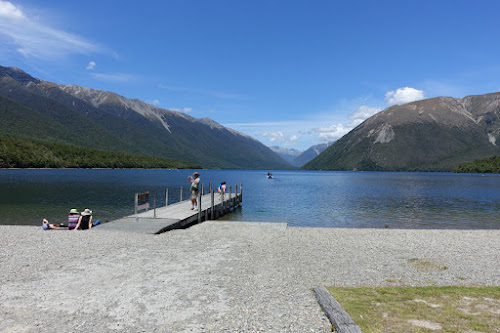 The afternoon was starting to draw on, so I decided I needed to look for a campsite in Murchison. There was plenty of room as it turned out: I'm hoping the pressure on camping space for Xmas/ New Year won't be too bad on the West Coast, but time will tell. 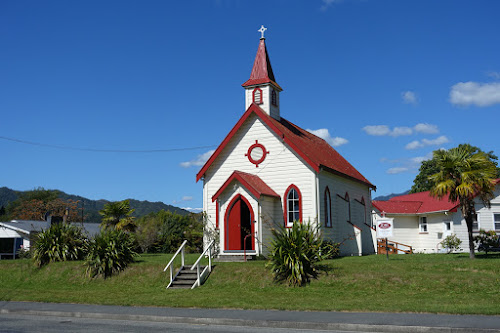 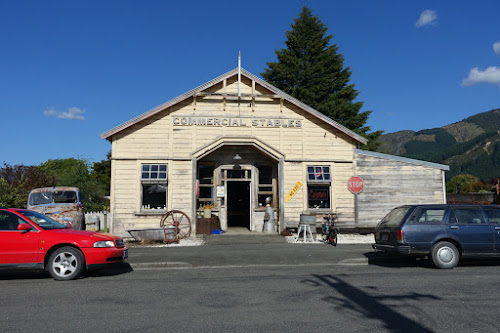 And the river here is starting to show more of its might and power, though the valley is still wide. 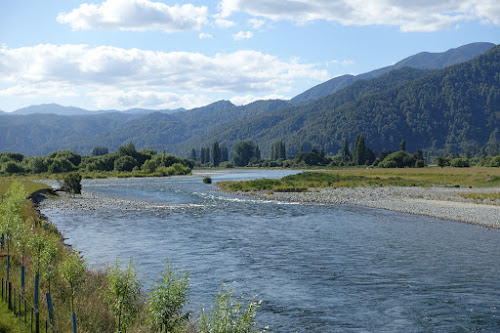 Well, it will be Christmas morning when I next pass by the Spark wifi box, so Merry Christmas everyone!

Posted with Blogsy
Posted by Kiwi Nomad at 10:38