By now, I had seen a lot on my tiki tour- but it was still quite a journey from the coast at Herbertville, back to Pahiatua through Pongaroa, then across the Pahiatua Track back to Palmerston North. 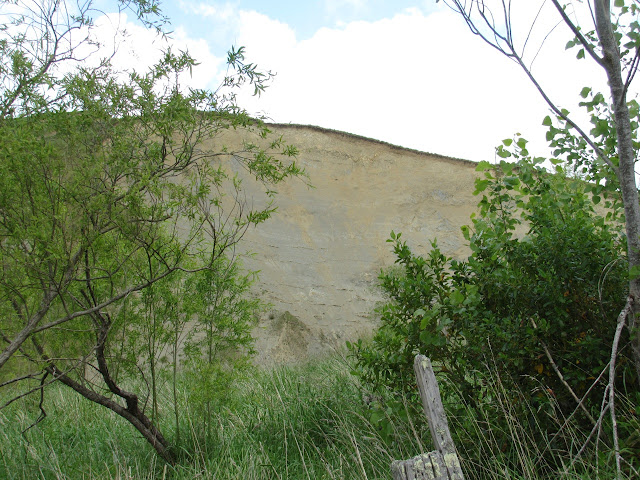 I was to see a lot of evidence of land slips in the next section of the drive, some of it from recent heavy rainfall, and some of it 'chronic'. There are unfortunately too many parts of New Zealand where the hills should never have been cleared of forest. I was glad to see some of the hills on the Pongaroa-Pahiatua Road seem to be being allowed to revert through scrubland back to forest. 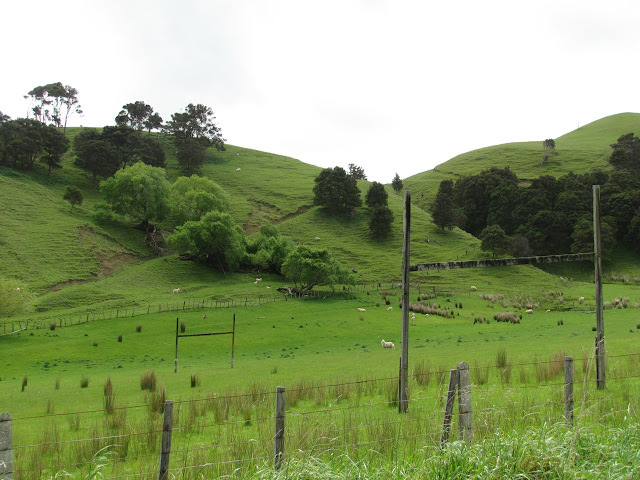 Near Waione I saw these 'rural' football posts. Who knows how many former All Blacks have been reared on such posts. 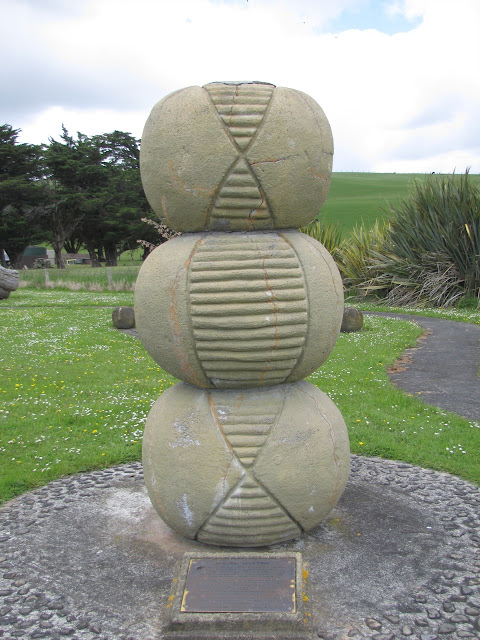 And in Pongaroa there was recognition of a 'local', Maurice Wilkins, who became a world renowned scientist and Nobel Prize Winner. (Interestingly, Sir Ernest Rutherford also hailed from a small rural New Zealand town.) 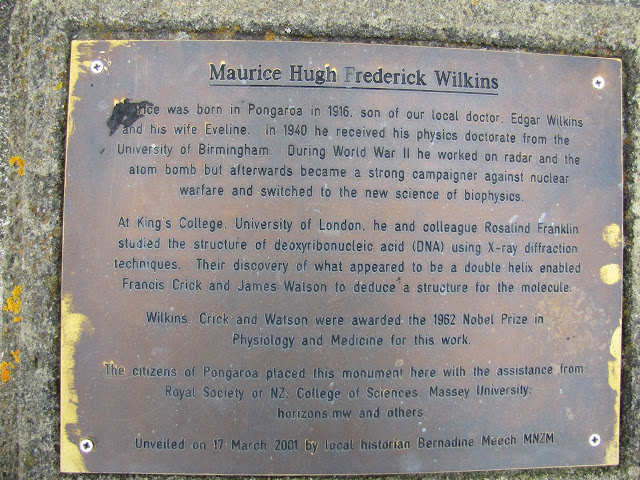 Pongaroa has obviously seen 'busier' times, and there were quite a few 'historic' buildings still there. 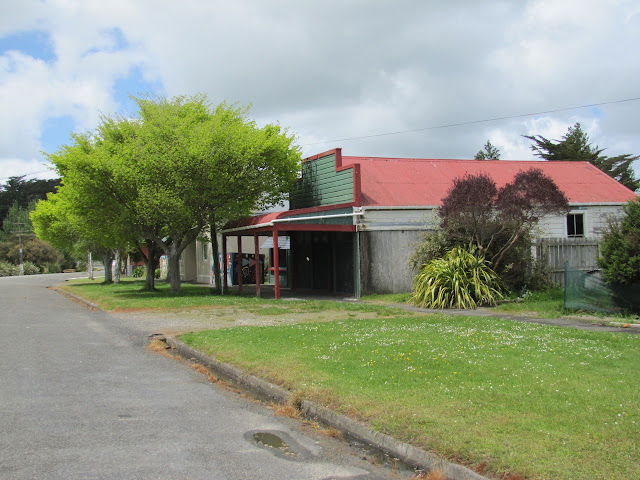 And here is the signpost in Pongaroa that points the way home.... 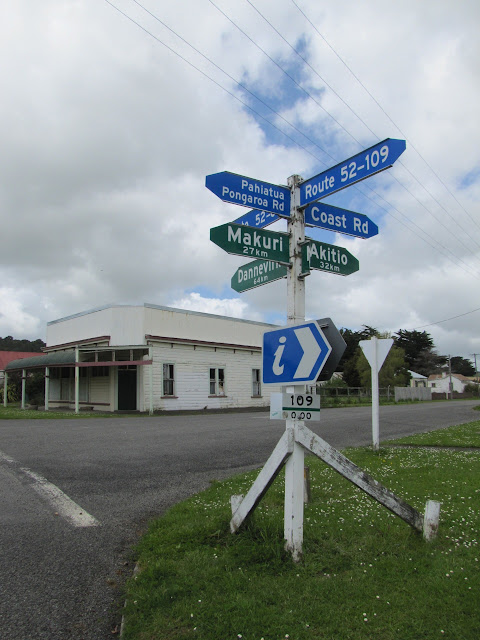