Carmi's latest photographic theme is "Fly", which is rather timely for me as I flew up to Auckland last weekend. I had a window seat on the way home, and I indulged in a little photo-taking with the camera. 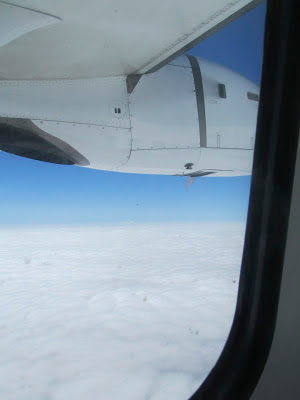 Soon after we had climbed out of Auckland airport it was all cloud below- and I didn't think I was going to see very much of interest from my window seat. 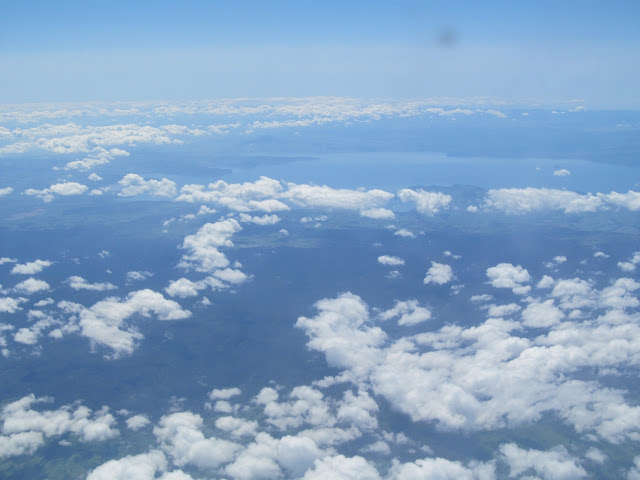 However, by the time we had reached the central North Island, much of the cloud had cleared, and Lake Taupo was clearly visible down below. I was mindful of friends who were in Taupo for the exertions of the round-the-lake cycle ride. 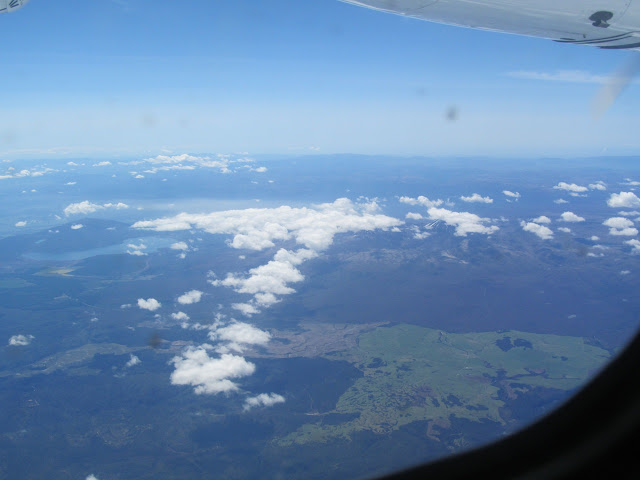 At the southern end of the lake, a small part of Ngauruhoe poked its head out from cloud, but nearby Tongariro was largely swathed in white. Tongariro had put the wind up me just a few days before with a smallish unexpected eruption, and I hadn't been sure I would get to/from Auckland. However, all was well in the end. Apparently there were some gas emissions in all that cloud as we flew nearby, but no ash. 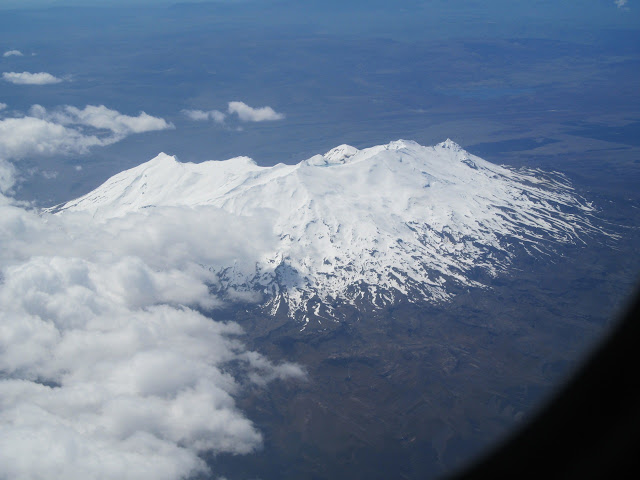 Ruapehu was unmistakeable. Scientists have warned that they are expecting a possible eruption from this volcano in the coming weeks. 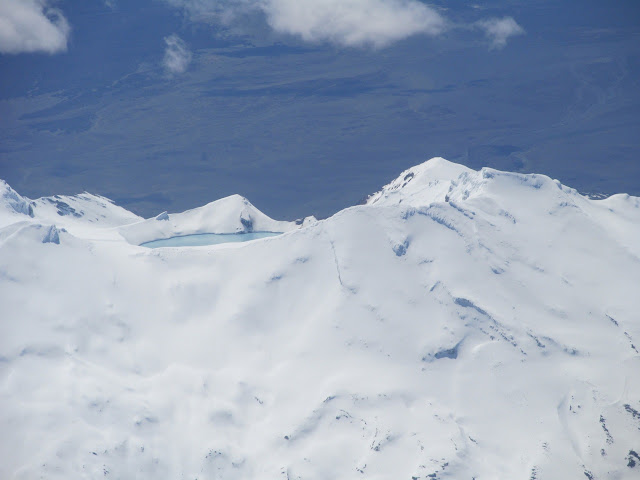 The crater lake is looking 'pristine' at present, and the snow is all very white looking. An eruption could change all this... 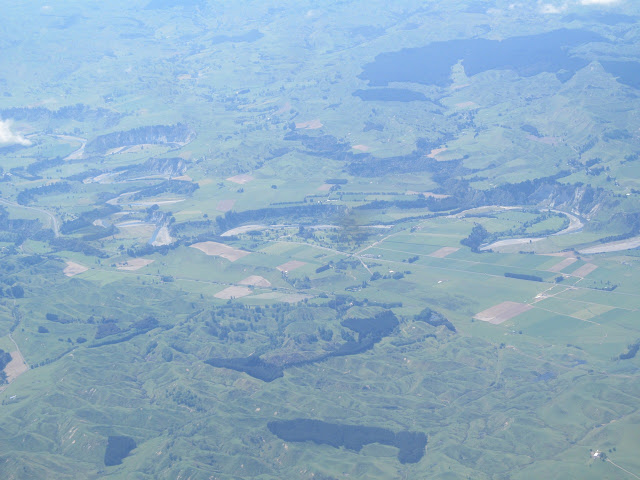 Once south of the volcanoes, we were flying over the Rangitikei region, and were soon landing down at Palmy airport. I love the view of the cliffs on the Rangitikei River from above.

PS Later in the weekend I might indulge in another Auckland post, with some more photos from the big city.
Posted by Kiwi Nomad at 20:07