Carmi's theme at Thematic Photographic this week is Windows. I've chosen two photos I took this past weekend on a trip down to Christchurch for a 21st birthday party. (Some of you will remember that Christchurch has had a series of devastating earthquakes.)

The 21st birthday party took place outside in a large courtyard at the back of the family home. One of the windows overlooking the party had been decorated with these lava lamps- inviting and quirky at the same time. 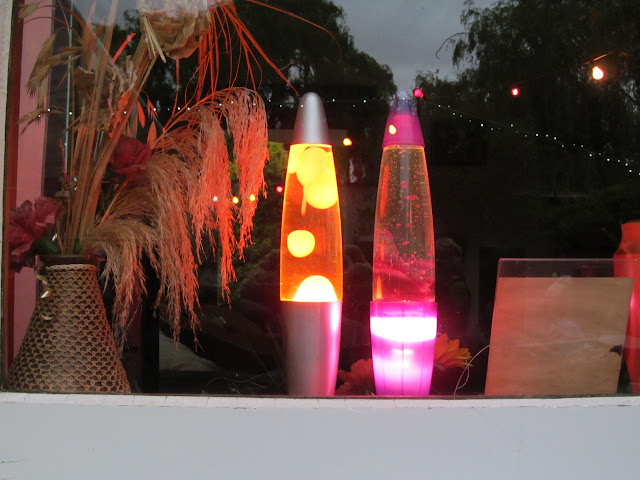 The second photo shows some of the damage to the catholic cathedral. The broken window here was part of one of the towers at the front of this building- which used to have a small dome on its top. 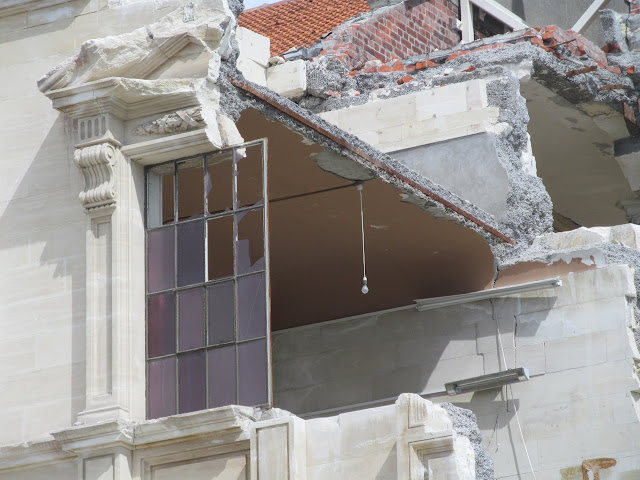 The combination of these two photos speaks to me of the way friends and family in Christchurch are seeking to support each other with warmth as they live with the devastation wrought on their city.
Posted by Kiwi Nomad at 22:03