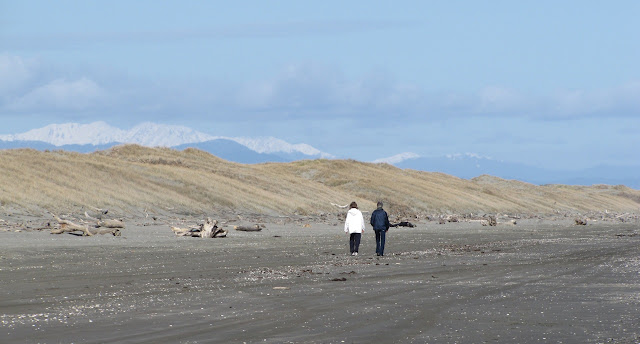 Today it was hard to believe that snow had been such a dramatic sight for us earlier in the week in Palmerston North. It was glorious and I decided to head off down to Himatangi Beach for a walk. You could see the higher parts of the Tararua Ranges from there, and could see that snow still lingered quite thickly on the higher peaks. 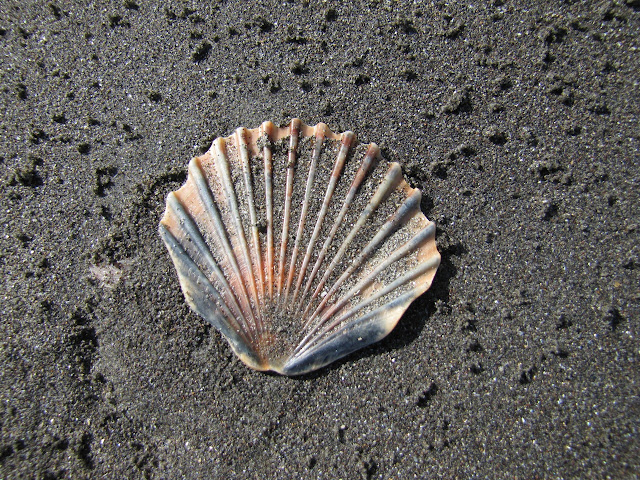 Himatangi Beach is one that I think we Kiwis tend to underestimate as a trifle 'boring', but I have grown to love it: such a long uninterrupted stretch of sand to walk along next to the waves. So many ways the waves can come into shore- and so much they can bring with them. Today I bring you a few photos of some of the shoreline gifts left by the waves. 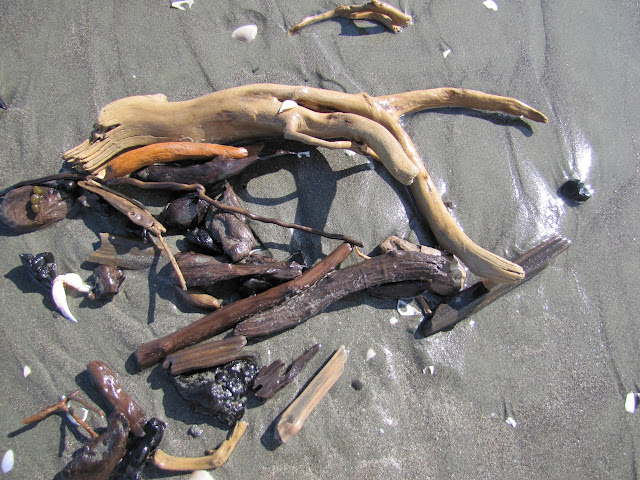 Small bits of driftwood were being moved around at the edge of waves today. And each time the gentle front end of the waves rolled in, the various bits of wood were jumbled together in different ways. 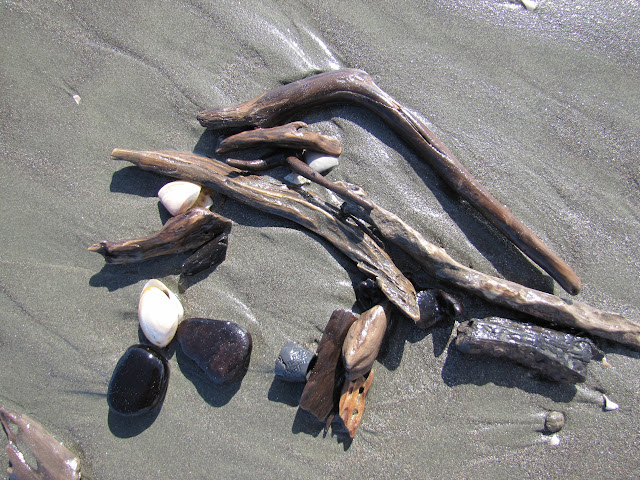 And though most of the shells at this beach are of one kind- boring to us, but apparently 'endemic' and special to this region- there were other shells tossed on the sand to amuse my eyes. 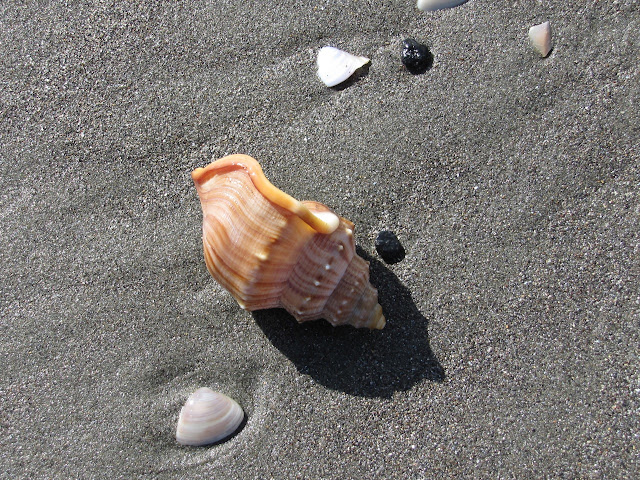 I walked quite far, as did others. But when it came time to go, I couldn't quite leave the place, and sat on some driftwood, watching others wander by. Near me a small boy was playing with his parents. He was so happy just being at the beach. He rolled his little body along the flat sand for a good ten metres, then he stood up and ran to his mother, then ran back to his father, then climbed a 'mountain' of sand and driftwood, an Everest explorer in the making. The beach was today a place of calmness and relaxation, and sheer fun for all-comers. 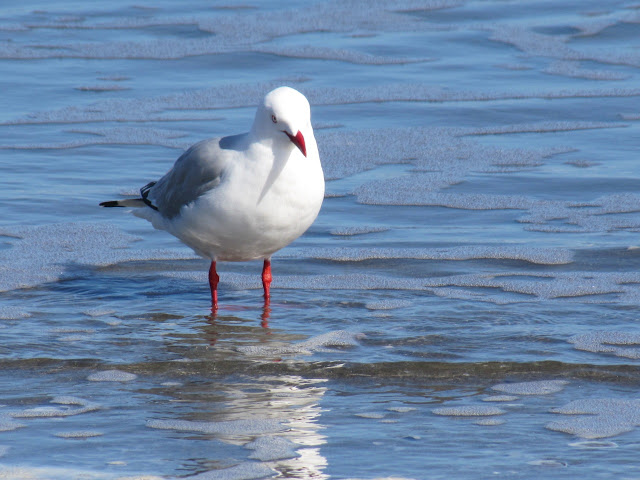