Mostly these days when I head out walking, I am aiming for some up-and-down hills that will get my heart pumping, and mostly it seems like I am not getting much fitter yet, despite all the effort. Today I had a more leisurely walk planned, though it still had one 'big' hill in it, 'Pork Chop Hill'- or Anzac Park. (I had checked this out by car before Christmas, when the police dog handlers were up there putting their dogs through their paces.) Yeehah, I was pretty pleased to find that this morning's climb up here was 'easy'! 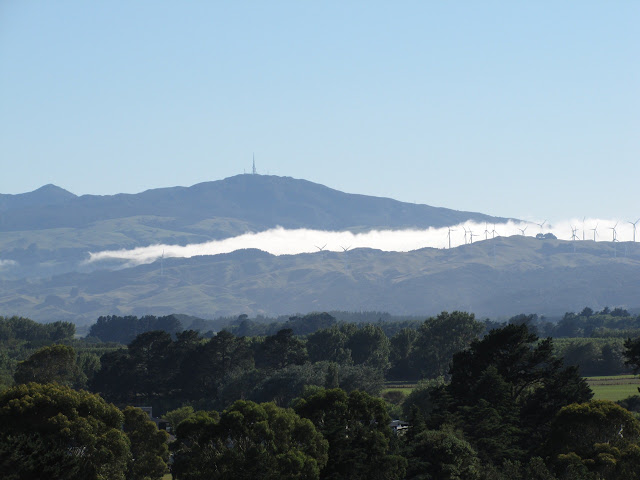 This is a view over to Wharite from the top of Pork Chop Hill. The cloud coming down from the east reminded me of cloud you could see in the valleys below as I descended O'Cebreiro in Galicia- happy memories. 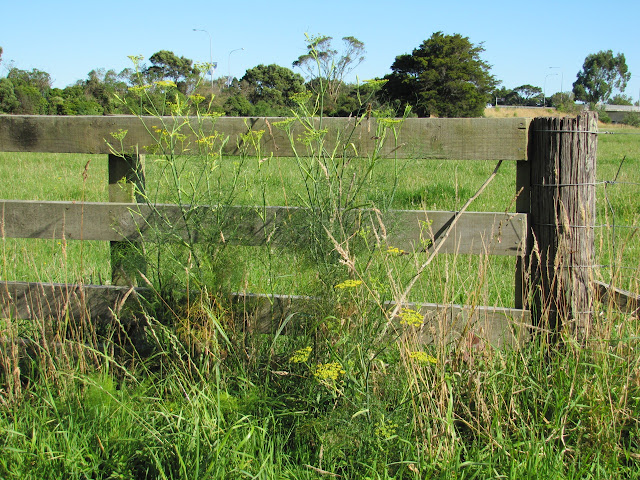 When I realised the walk and climb was just 'short and sweet', I decided I may as well make the rest of the morning's walk a 'dawdling' one, and so took out the camera. Fennel was flowering all down near the river, so I took (quite a few) shots of it- such a dramatic looking plant that reminds me somehow of all the wild places from my childhood. 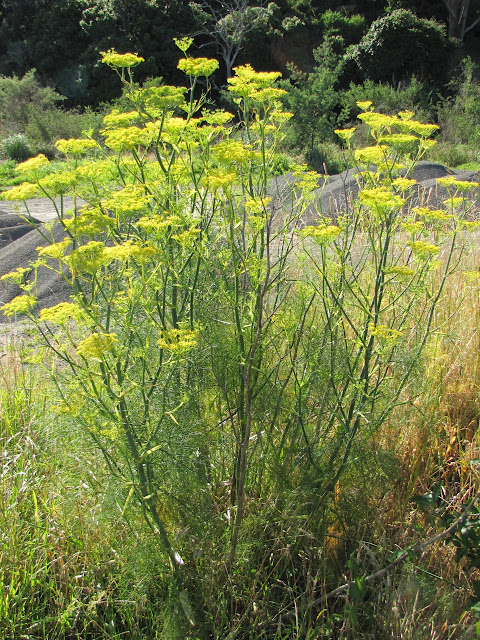 An old man  passed by on the track and was surprised to see me taking photos of what he said was 'only a weed'... 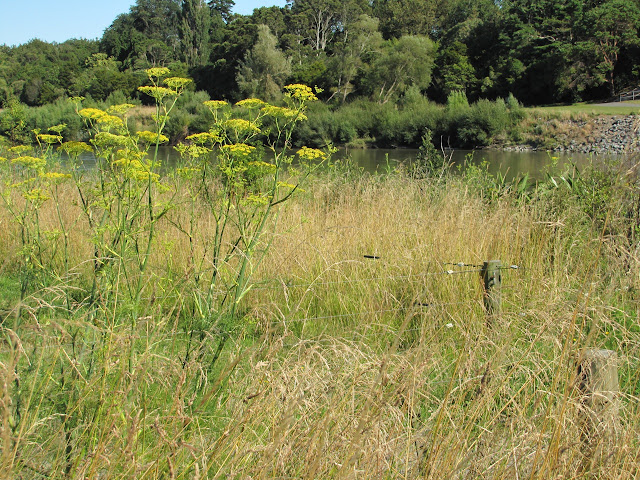 Maybe so, but it does have a beautiful flower... 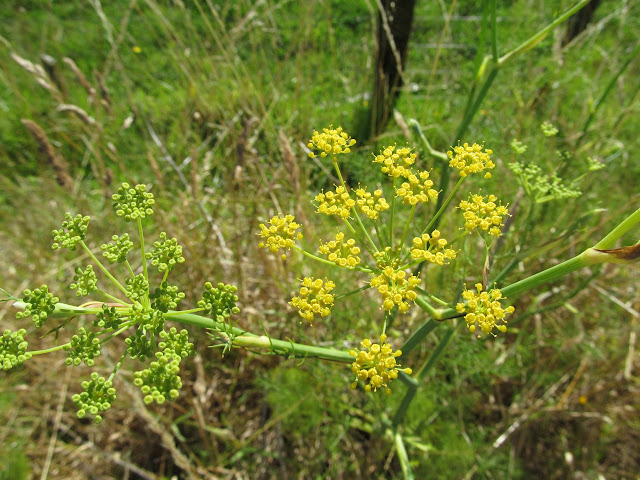 When I crossed back over the river, I took a short walk in the Esplanade. I had to check out if there were still monarch butterflies near the dahlia patch. 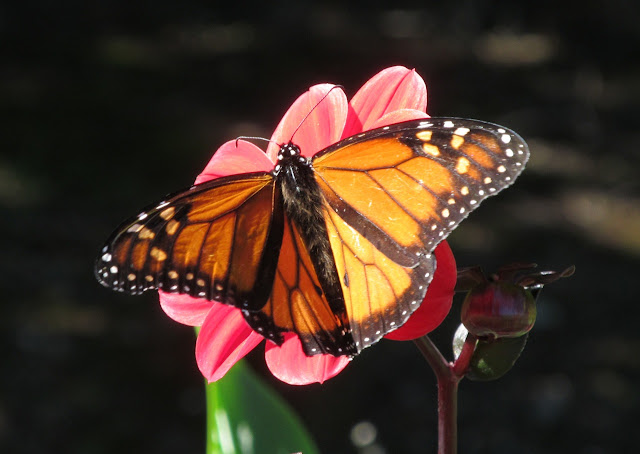 And there were- but last year they seemed to be more numerous. 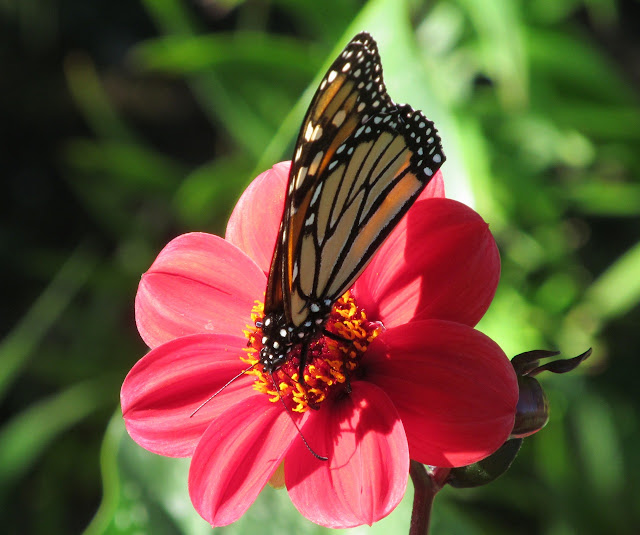 It was a very relaxing morning. I drove home via the Lagoon and fed the ducks- and now it is time to have a shower before heading out to see a friend and her two young children... Holidays- ahhhhh- gotta love them!
Posted by Kiwi Nomad at 12:00