Last year in my Golden Bay/ Motueka Valley travels I saw signs for the entry to Kahurangi National Park but never went in... but today I did, with a series of walks in the Oparara Basin. I headed north from Karamea, then inland to the hills along a winding gravel road.
The first walk I did was to the massive Oparara Arch. The underlying rock in this area was being formed 350 million years ago off the coast of Gondwanaland, then 30 million years ago limestone was laid down, later to be covered by mudstone. The high rainfall in this area has been gradually sculpting the limestone, and this giant arch is one result. It was too massive to really capture with my camera. 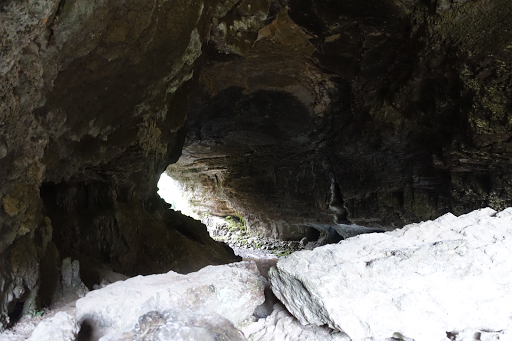 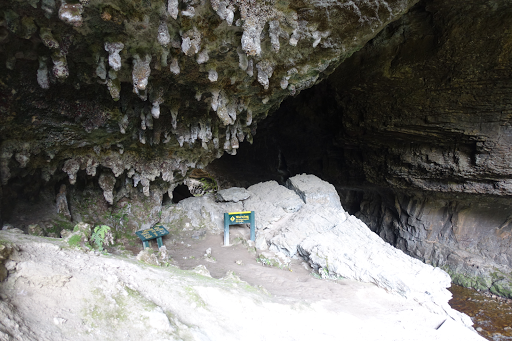 The walk was close to the Oparara River, which is brown in colour. This is a natural colour in this rainforest area with heavy rainfall, where the tannins get leached from the leaves by the heavy rainfall. There were many ponga in the forest. 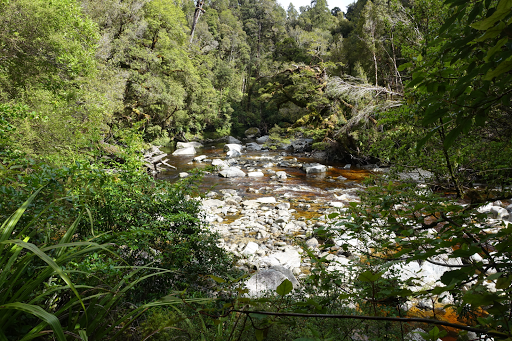 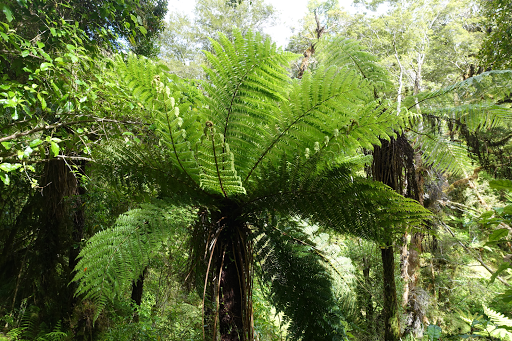 Next I drove 2km up the road to the Caves carpark,and saw the Crazy Paving and Box Canyon caves. (There is another cave/arch you can see if you go on a guided tour.) 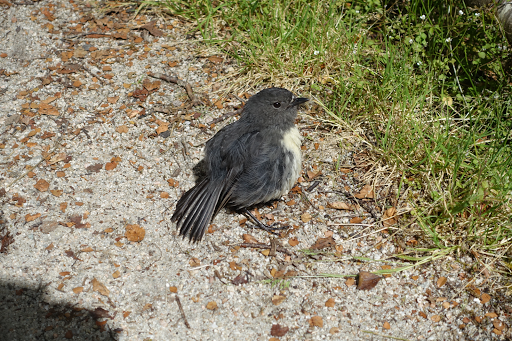 I passed this bird (fledgling?) on the ground and thought it might be hurt, but it flew up onto a branch. Found out later from info boards that it is a SI robin (toutouwai).
The box canyon cave was long and huge. I didn't manage to spy any cave weta, but was glad I brought my torch along as it was very dark in there. 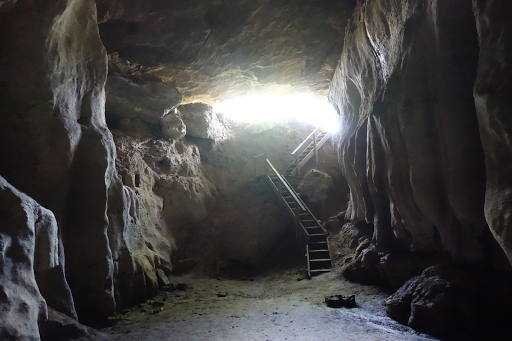 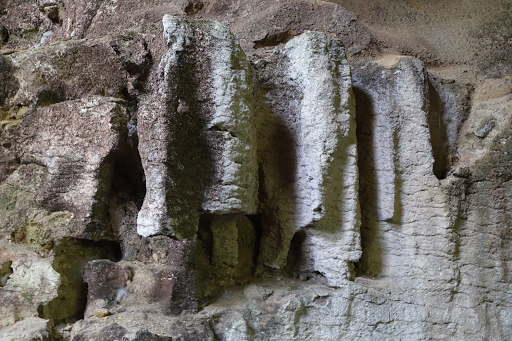 Right next to it was the Crazy Paving cave, with this 'scientifically interesting' soil pattern. 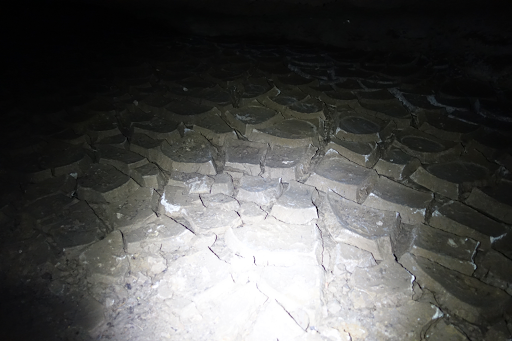 So that was the first part of my day's walks. More in Pt2, but you can already tell this would be a great place for family walks.
Posted by Kiwi Nomad at 18:34