From Coromandel, I drove right through Auckland as far as Dargaville to begin my west coast exploration of Northland. I made a brief stop at Matakohe en route, where there is a beautiful kauri museum I have seen previously. The cemetery next to the church was interesting: I guess I was expecting to see a lot of Dalmatian names, but instead I saw lots of Smith family headstones! 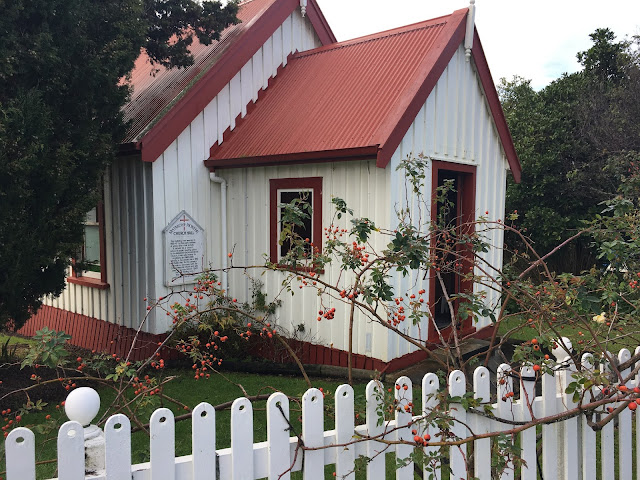 I stayed the night in a simple but comfortable motel that took me back to the 70s in many ways- and the owner was a very personable man, who had got up very early one morning in Kaitaia to reach Cape Reinga before sunrise. The motel wasn't far from the large river which runs through the town. 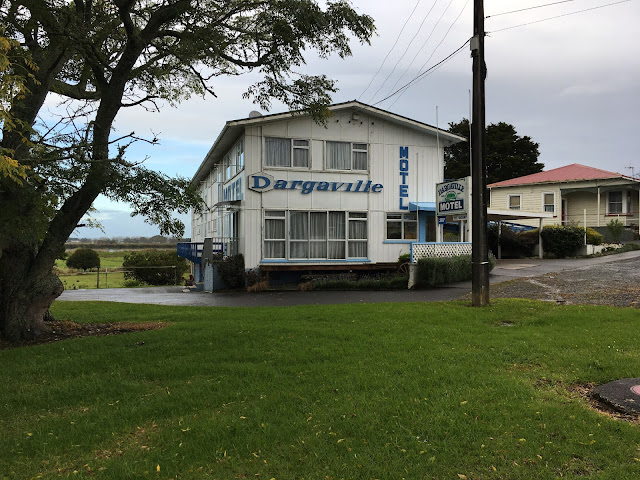 Next morning as I drove north, the rainfall of previous days was obvious in paddocks. Hard to believe that Northland/Auckland was in serious drought before my arrival! 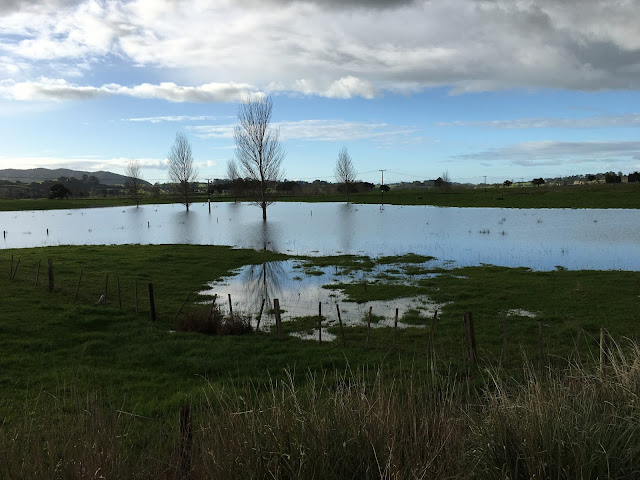 My next stop was at the Kai Iwi freshwater dune lakes. I had learned about dune lakes as part of my NZ Flora course where we looked at the plants colonising the dunes along the Himatangi coast, but I was very surprised by the size of these ones. 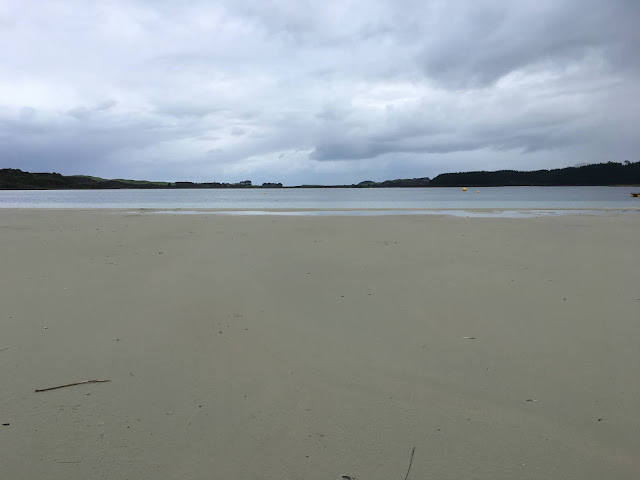 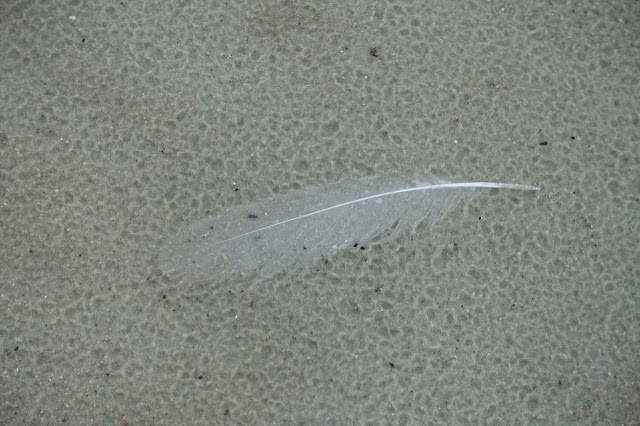 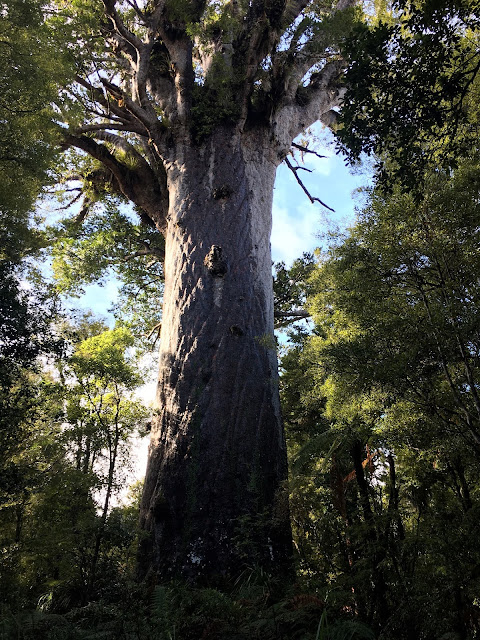 I had seen Tane Mahuta before, but of course had to stop off to see this grand kauri tree again. There were some other kauri walks in the vicinity, but only one of the three was open, and it was 50mins return. I just didn't feel like risking the rain again, sook that I am, and didn't walk it.
It wasn't long before I reached the twin Hokianga towns of Omapere and Opononi. The beautiful view when I first saw Hokianga Harbour took my breath away again. 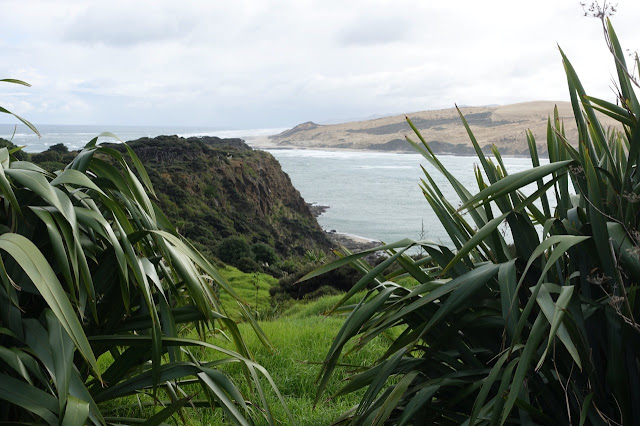 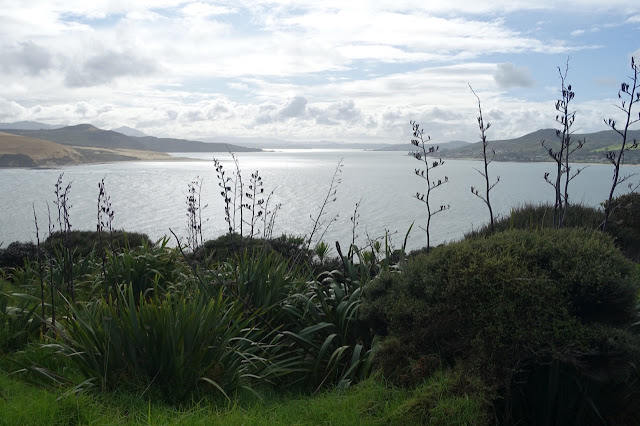 I had lunch here but decided to move on almost to my own bemusement. I had previously passed through here midsummer when it was too busy to even think of trying to park and stop for a while- but somehow it all felt too "Auckland" for me today.
So it was on to Rawene, where a winter timetable for the ferry sailing meant I had just missed one, and had to wait nearly an hour for the next one. (My punishment for skipping a night in Opononi I guess!) 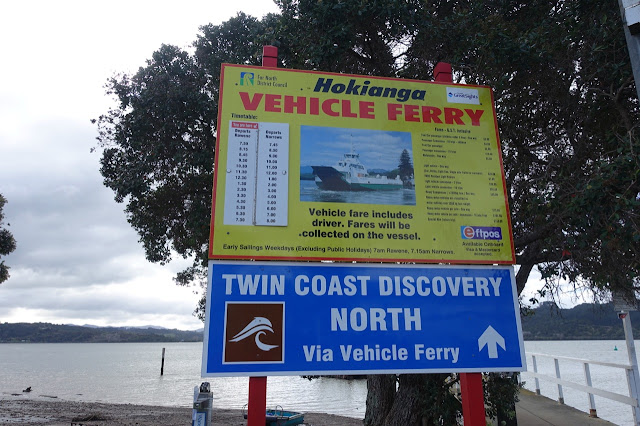 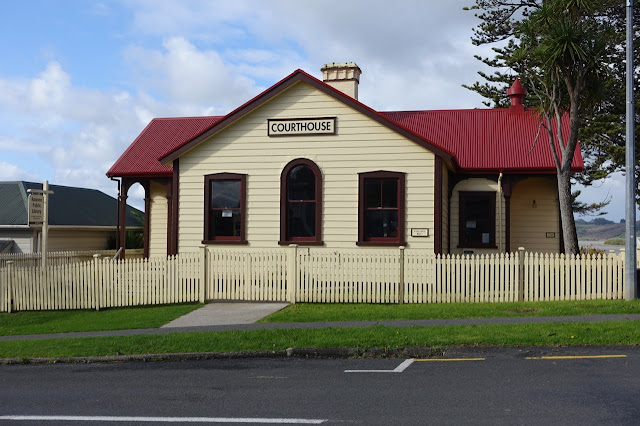 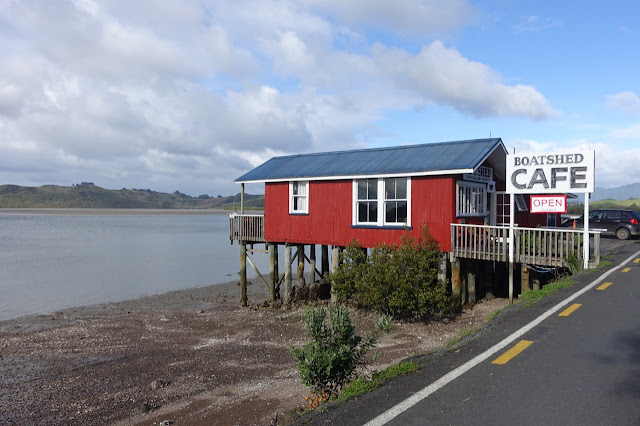 It was already getting dark when I arrived in Kaitaia, and I had no idea where I would stay. Fortunately I saw a motel vacancy sign, a petrol station and a sign pointing north for Cape Reinga all within 50 metres or so- so I found a place to hunker down for the night.
Posted by Kiwi Nomad at 07:59