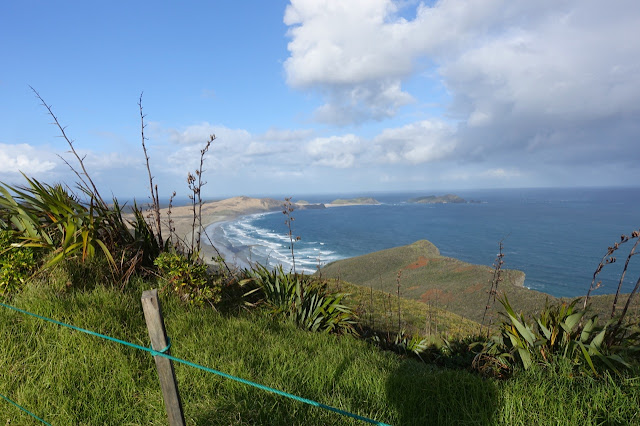 I have visited Cape Reinga twice before, it is such a special place. It was bitterly cold as I began the walk down to the lighthouse, and it was time to don hat, scarf and gloves- but as I descended, there was more shelter from the bitter wind. 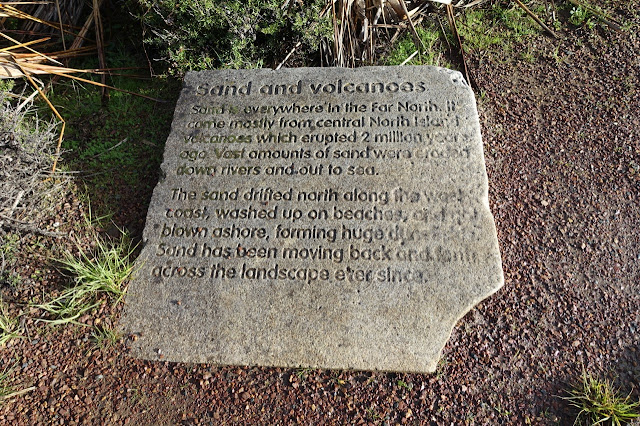 I appreciated the signs about the geology of the place. There were many signs, perhaps almost too many in parts, though they all told different parts of the story. 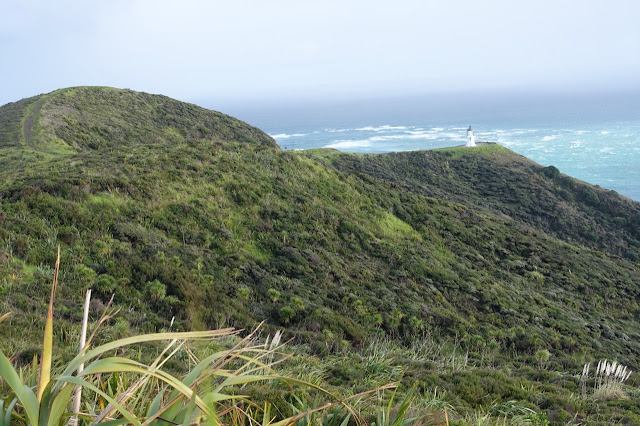 I found it interesting that on this third visit, it wasn't the lighthouse that seemed significant to me, but I was more focused on the Maori stories about the spirits travelling through Northland to jump off on their final journey to Hawaiiki-A-Nui. 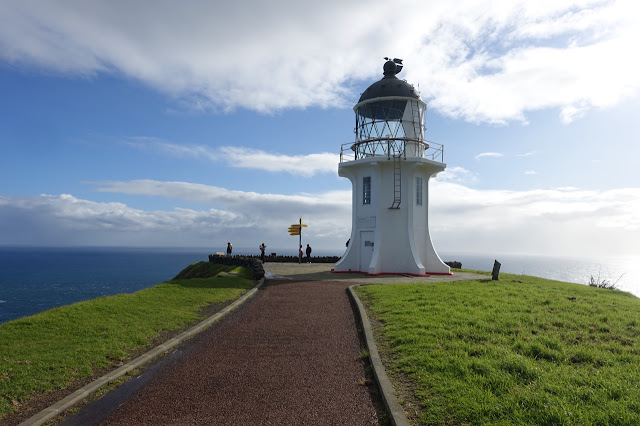 There were of course few tourists. Strange to have the place almost to myself. 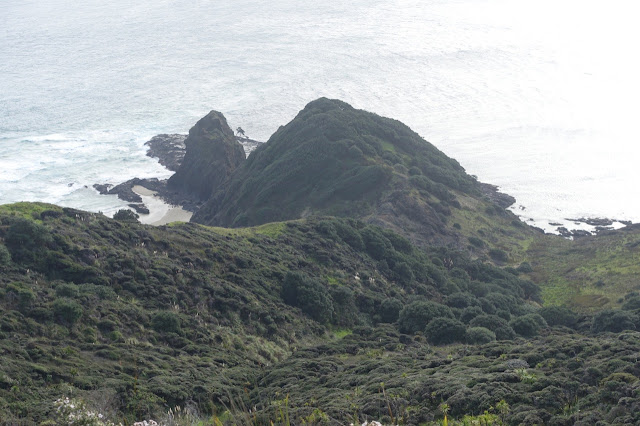 And far below was the tree from which the spirits slip off into the underworld to return to the land of their ancestors. On the drive back south I stopped to look at the Te Paki sand dunes- but I left others to do the climbing and descent. 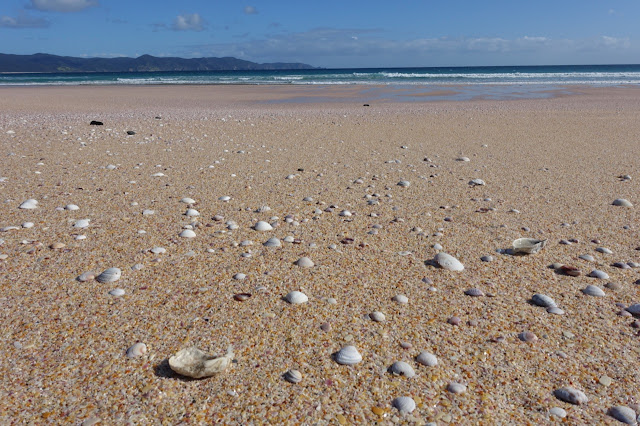 My sister told me to stop off at Kapowairua (Spirit's Bay.) The sand here was very special to walk on, and I ran the shell particles through my hands repeatedly. 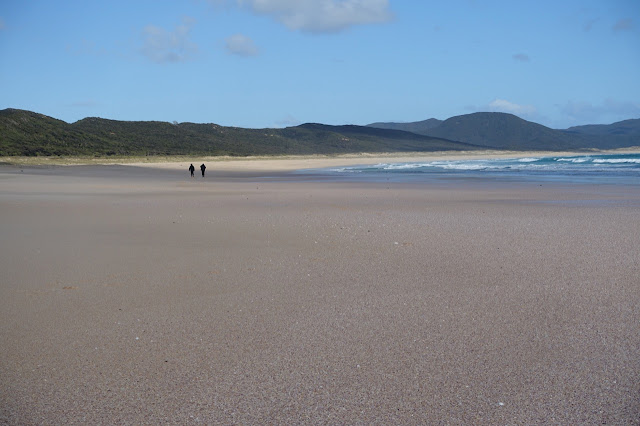 There is a DOC campground here, and I can imagine stopping here one summer in a tent before too much longer. 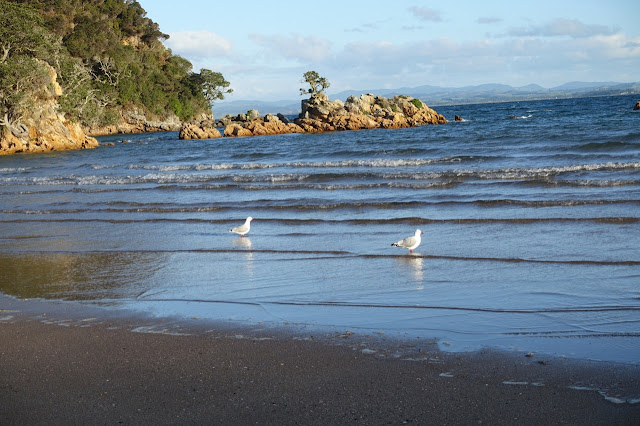 I ended up spending the night at the very northern part of Doubtless Bay, in the Whatuwhiwhi holiday park, ready to head down the east coast of Northland.
Posted by Kiwi Nomad at 08:36