Mt Vic on a glorious day

Who could've guessed what a glorious day Sunday would be. First off I returned to the harbour for the market, and besides some healthy veges, I bought a banana cake to take round to my sister's place. (And very yum it was!) 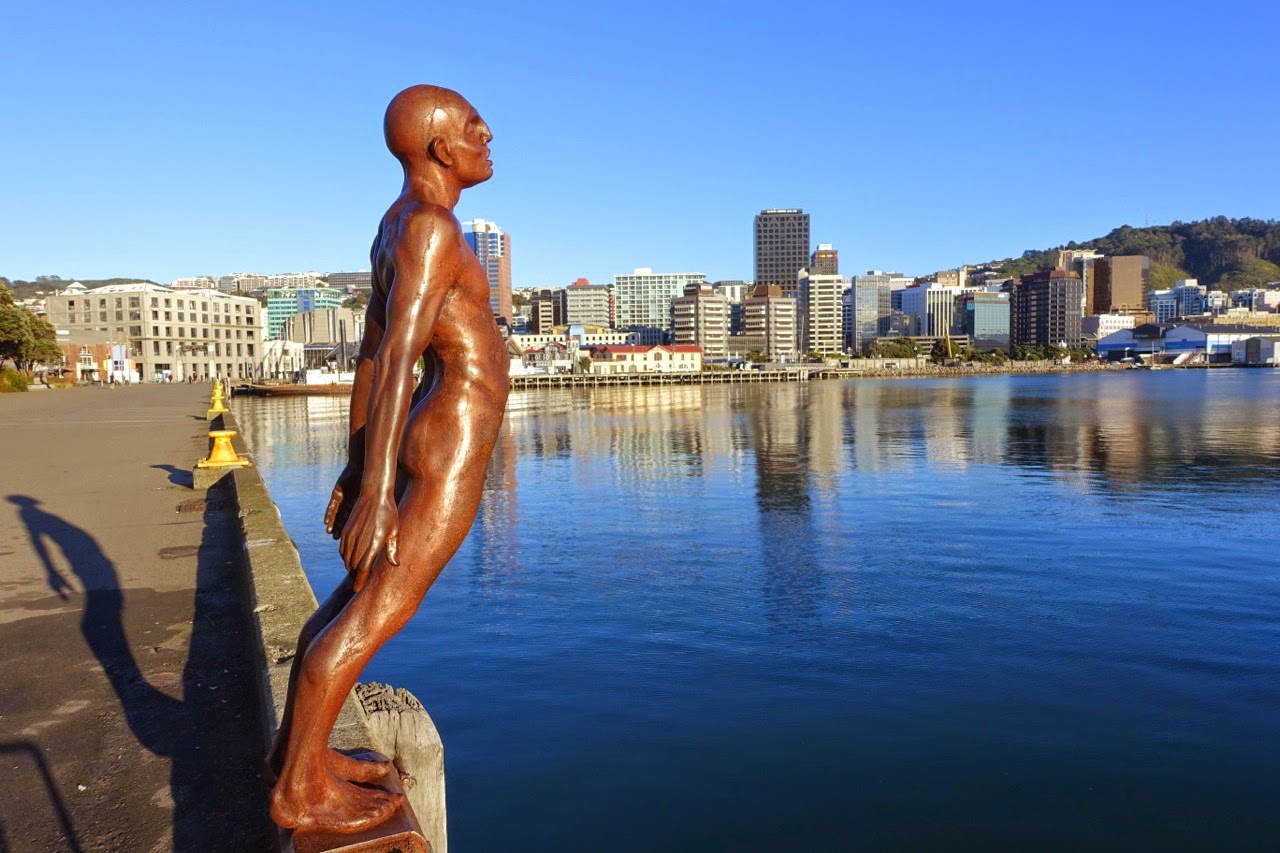 My man by Te Papa was looking over a dead calm harbour. Exquisite. 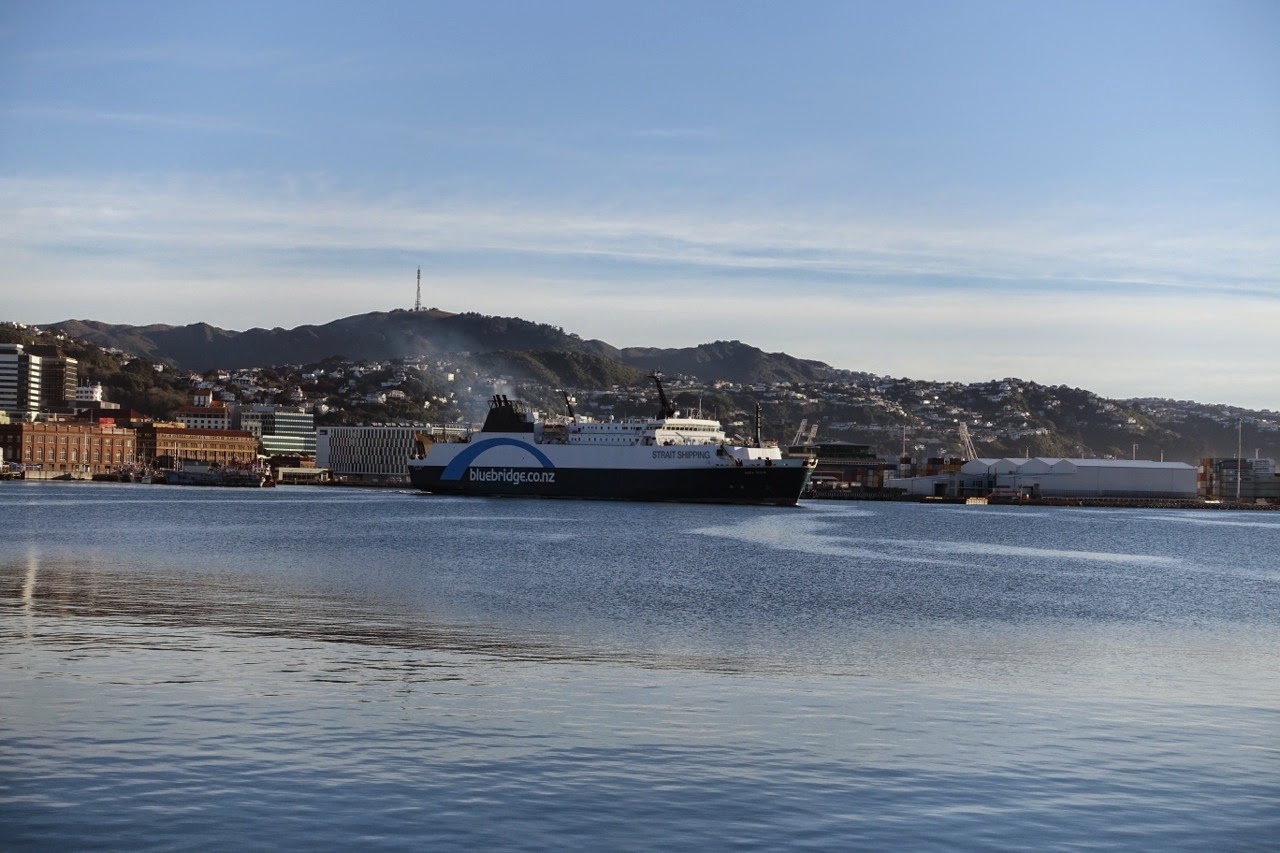 And hopefully the BlueBridge passengers were pleasantly surprised by the calm all the way to Picton...

It was my plan to drive to the top of Mt Victoria, then drive past some of the bays. It was to be an exploring kind of morning. In the event, in the calm, sunny conditions I was seduced by the views from Mt Vic, and spent quite a bit of time up there. 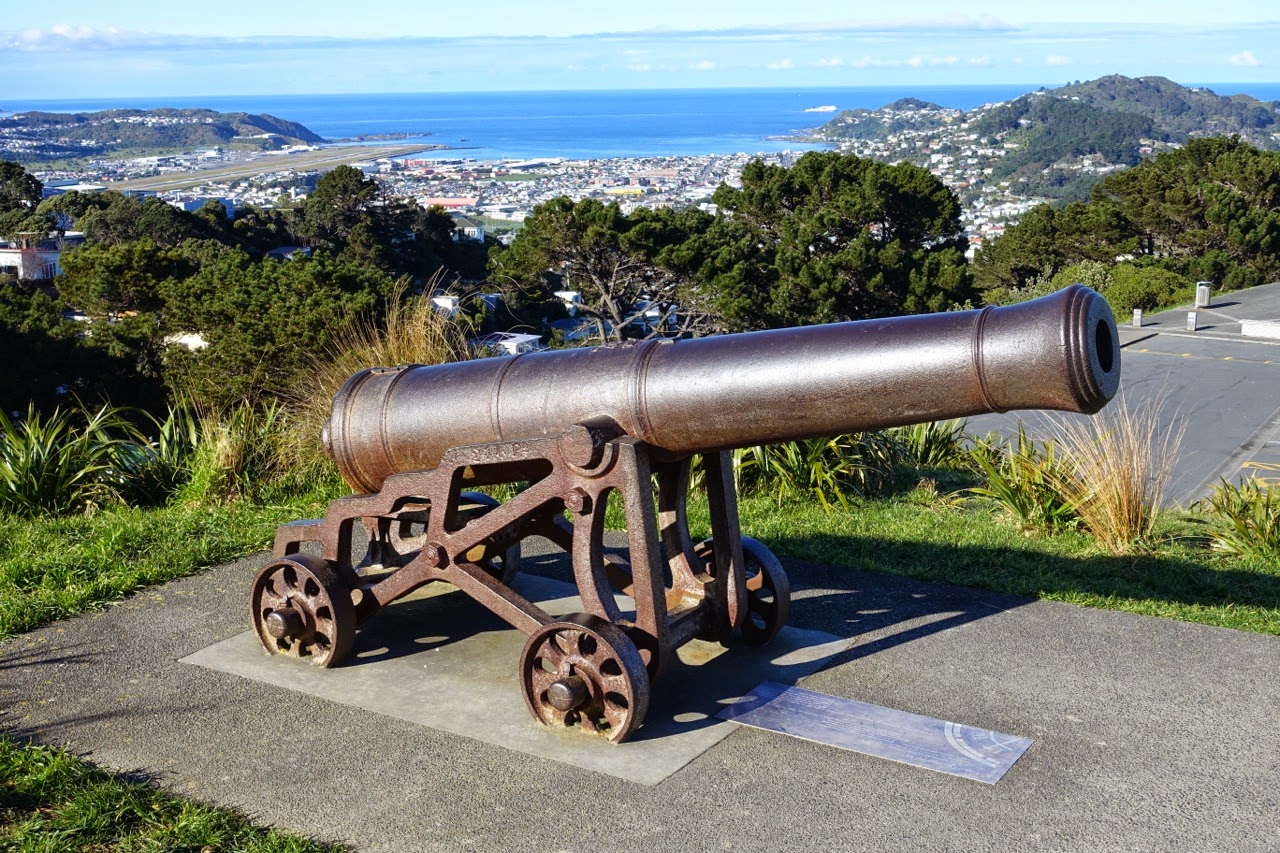 This gun wasn't a war memorial: it was dragged up here by some soldiers so people could hear it and know the time. This was in the early days of the settlement, when watches were a rarity. 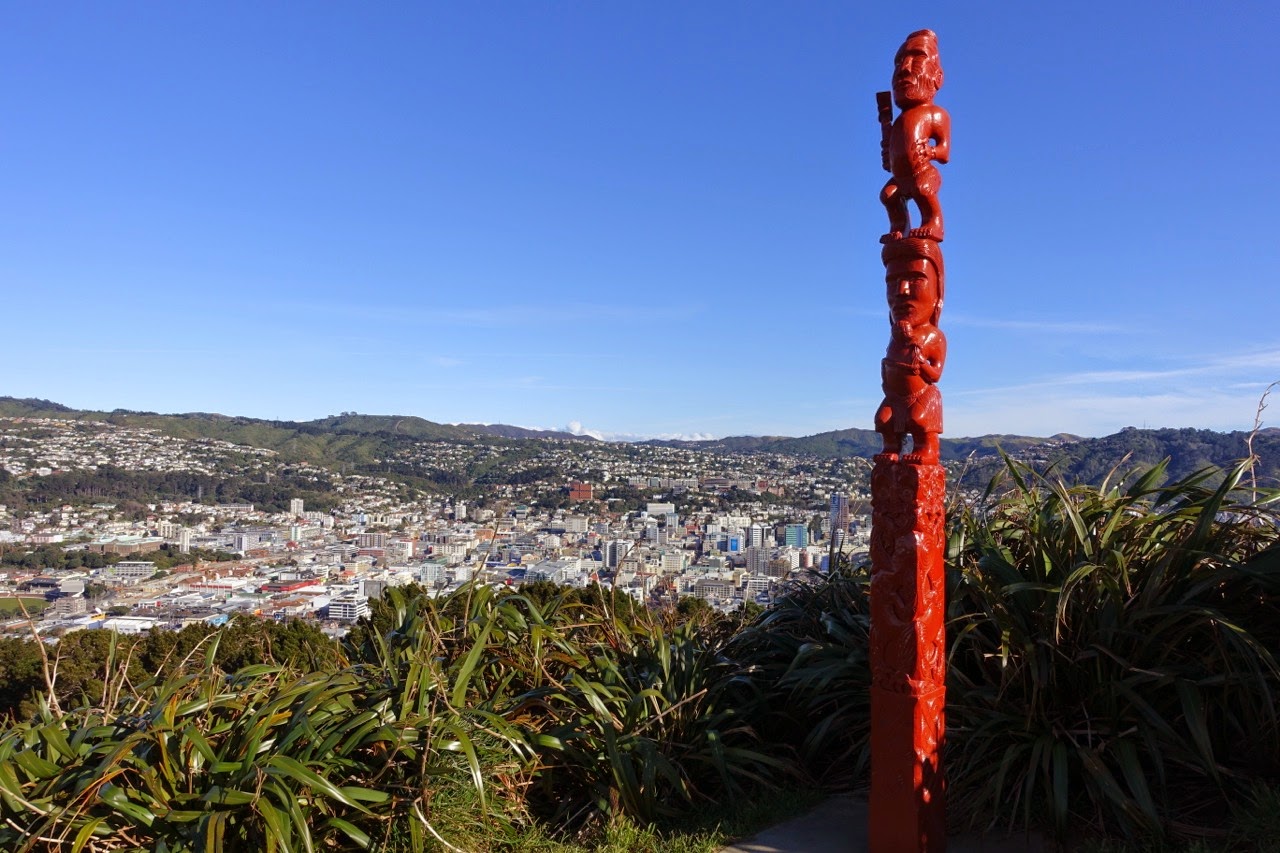 Up the top of Mt Vic I got the best understanding I've ever had of how the suburbs all fit together. Over this way is the Basin Reserve and the tomb of the Unknown Soldier. 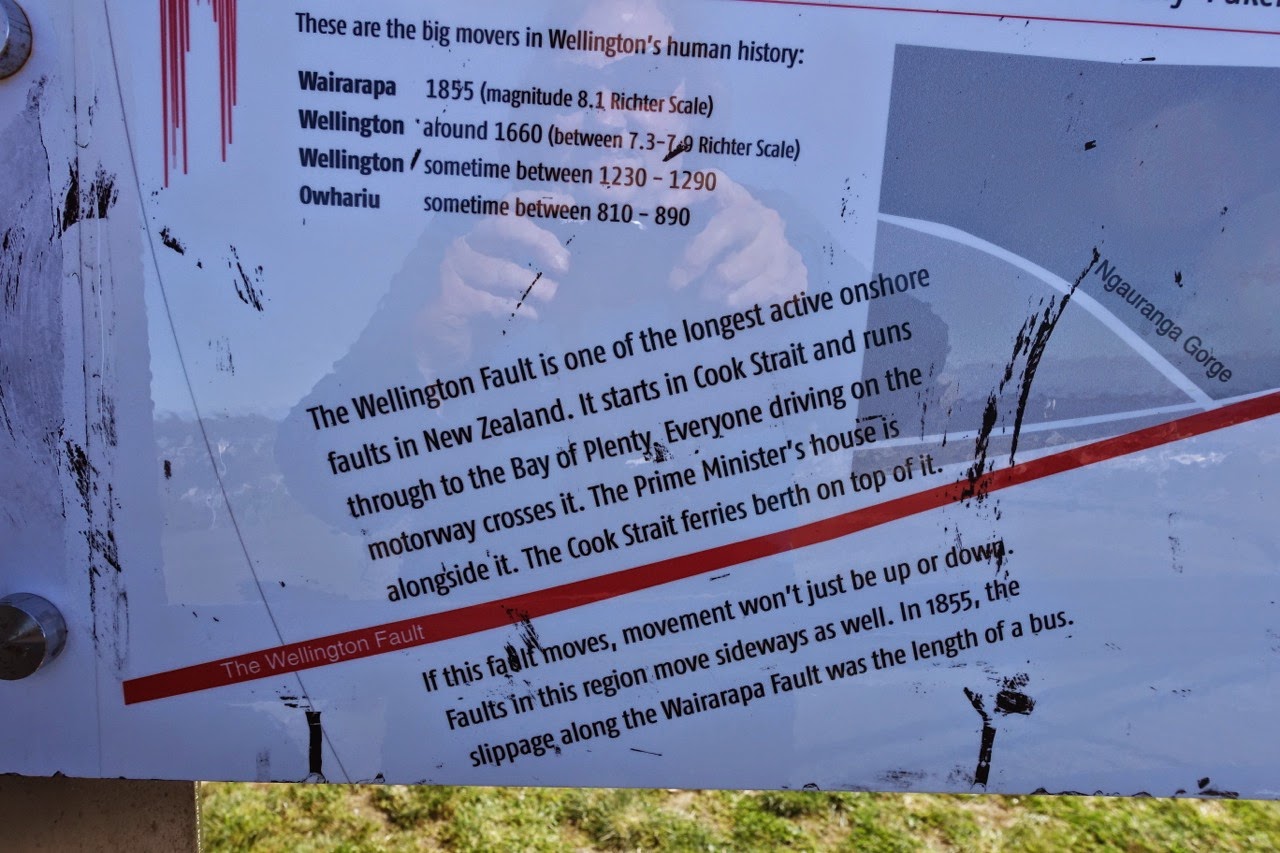 There were lots of plaques up top describing legends and history- and these facts about the fault lines through here I would prefer not to remember when I am in Wellington! 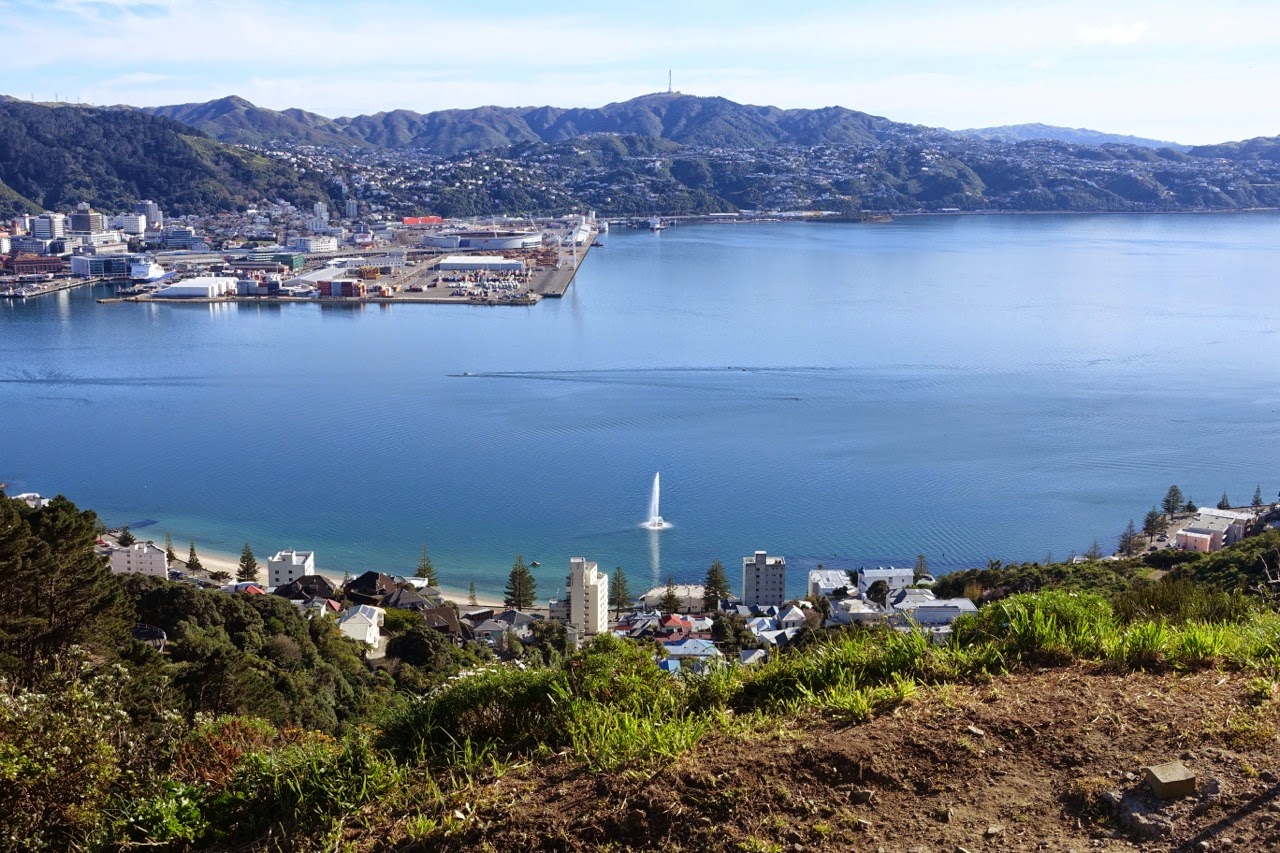 From on high, I could see the Oriental Bay fountain- in dead calm seas... 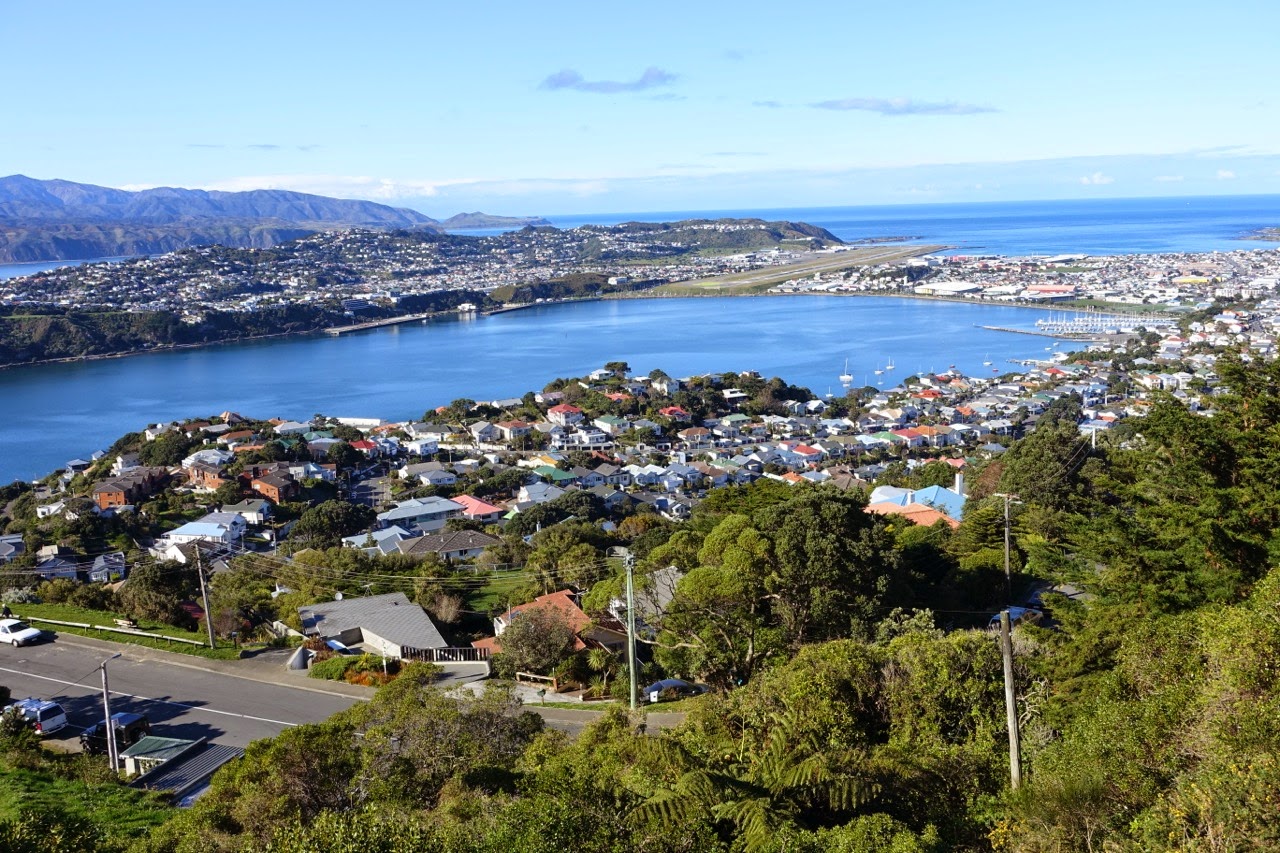 And you could see planes landing and leaving the airport. 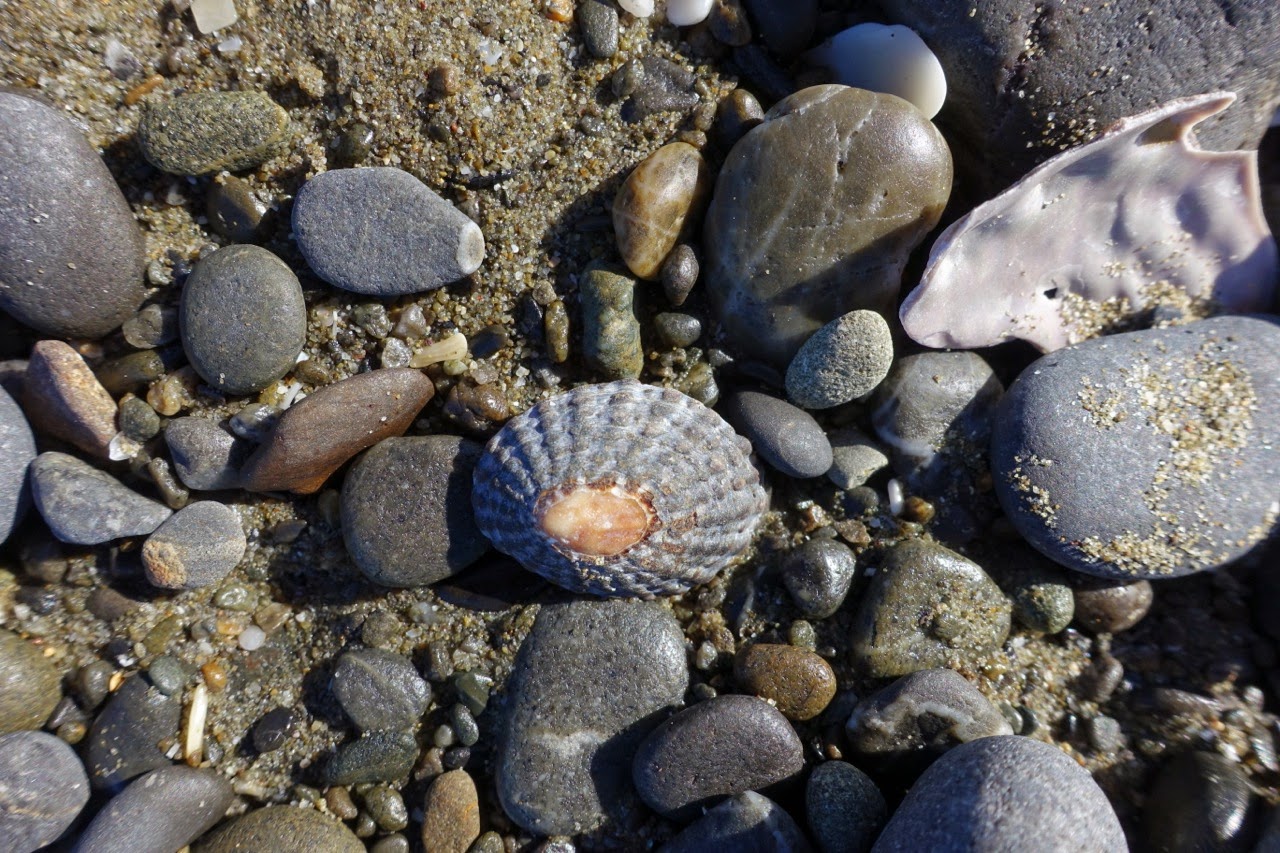 Once I headed downhill again, not entirely sure where I was headed, I arrived at Lyall Bay, where I had a short walk along the shore. 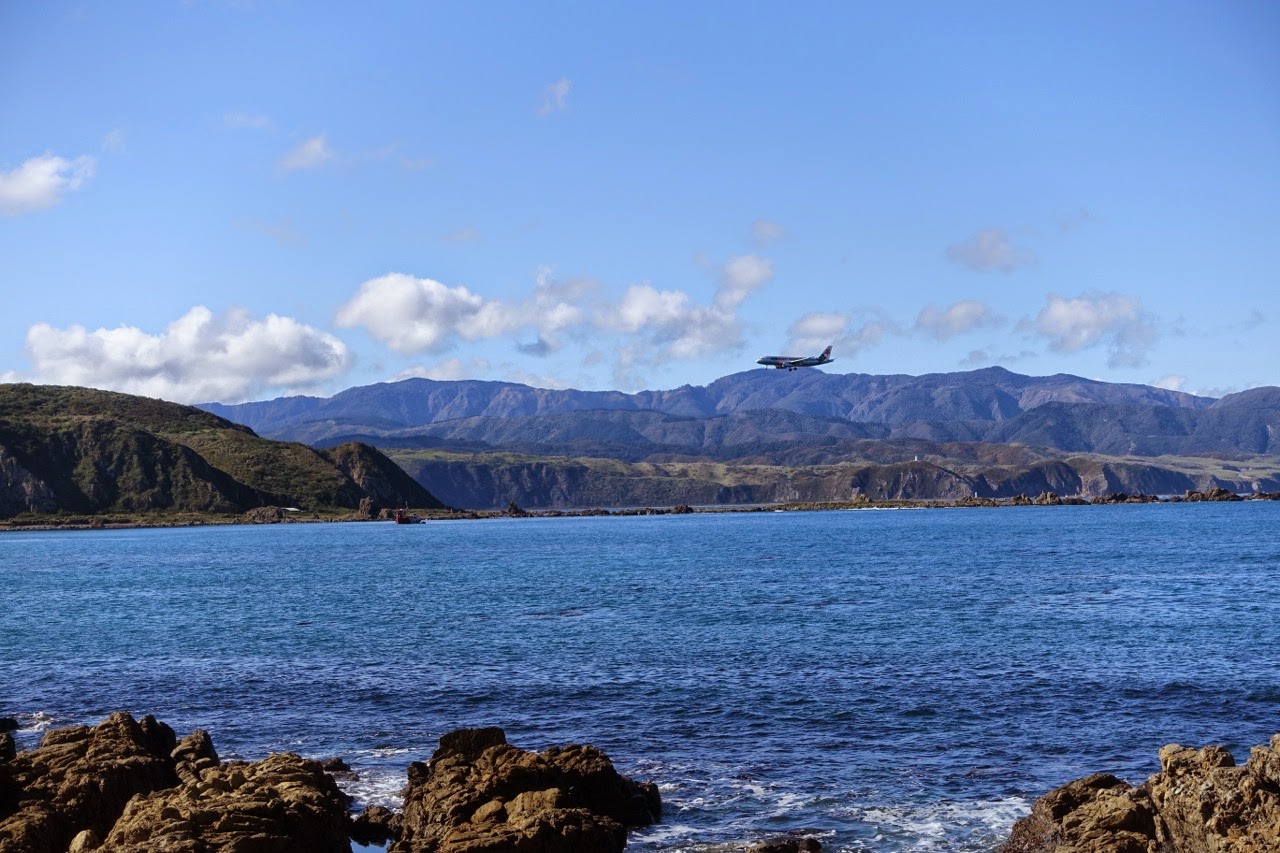 And just past Lyall Bay, I watched this plane coming into land. 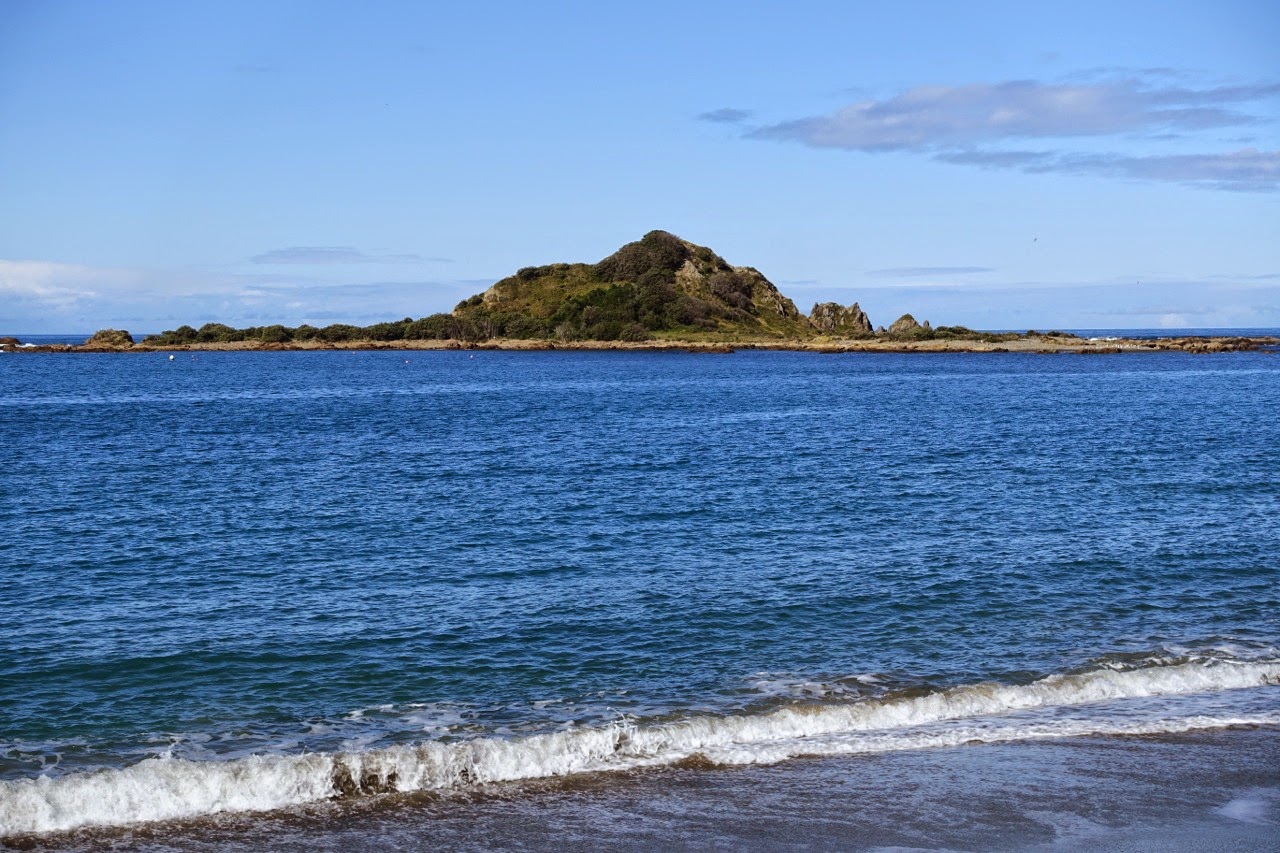 My final 'bay' stop was Island Bay. Now I know why it's called "Island"!

From there I headed back inland to reach Wilton, where we devoured some of that banana cake. And when I left Wellington, it was still calm and sunny.  I'll come again, and try and pick another "Wellington on a good day..."
Posted by Kiwi Nomad at 19:27