Carmi has the theme of "Shiny" for this week's Thematic Photographic. I think he may have had more 'metal' in mind- but I think I tend to focus more on the way light can shine to make some things seem shiny. All of the photos for this post are actually from my recent trip to Europe, and are mostly from Paris.

These first two photos are from a Sunday walk mid-April when I had just arrived, and was getting over jetlag. Unusually, I had lunch at a beer-type restaurant that wasn't typically French looking, but I love the way the light shines off the stools, the counter, the beer equipment, and the bottles and glasses. 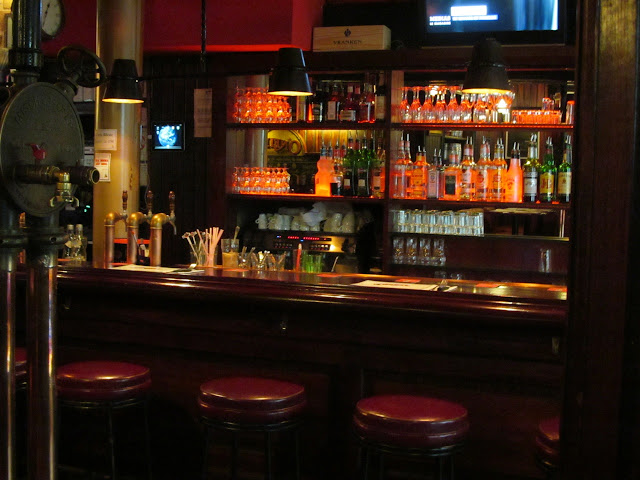 We shop-addicted Kiwis moan when shops are closed for public holidays- but in a big city like Paris, on a normal non-Sales week, you won't find many shops at all open on a Sunday. I loved the way I could see the buildings reflected in the shiny glass of this fashion shopfront. 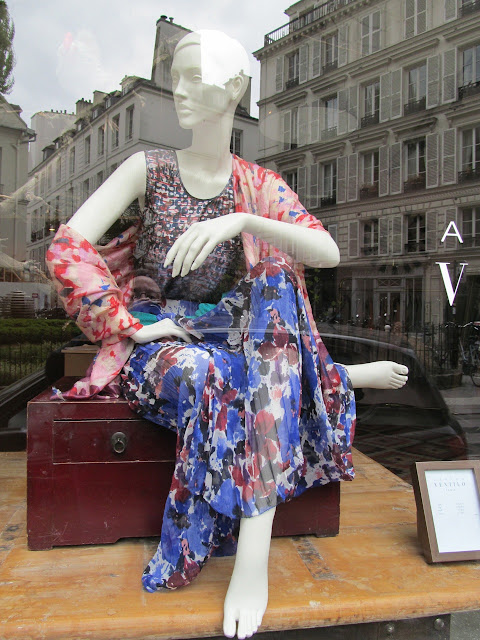 Once I left Paris behind, I spent seven weeks walking- and the snails on the ground became some of my closest allies. Often when you saw many of them on the trail it was because it was raining, but sometimes the sun was shining, as on this beautiful little shell. 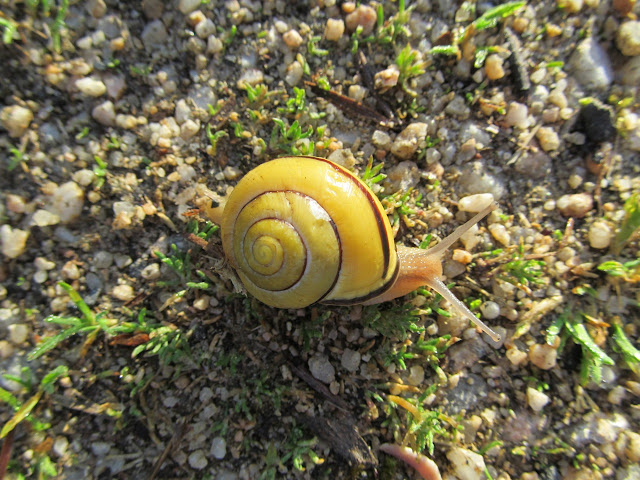 The endpoint of my walking was in Santiago, a centre of Christian pilgrimage for many centuries. If you were fortunate, you got to see the botafumiero fly, full of incense that in times gone by would have overcome the stink of all those who had walked far without washing much... I love the contrast here of the shiny metal and the cathedral stone. 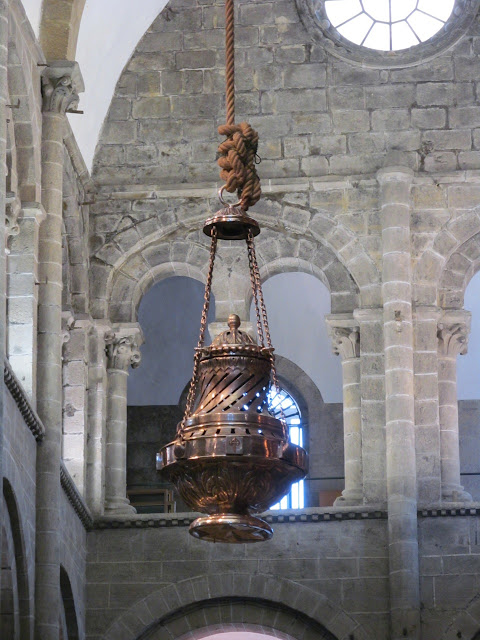 Before I left Europe I had several more days to explore in Paris. One thing that took me by complete surprise was a shiny bridge that I hadn't noticed before. From quite some distance you could see all the sparkling in the sunshine- and close-up you could see it was brought about by padlocks, placed there by those who wanted to announce their love to the world. 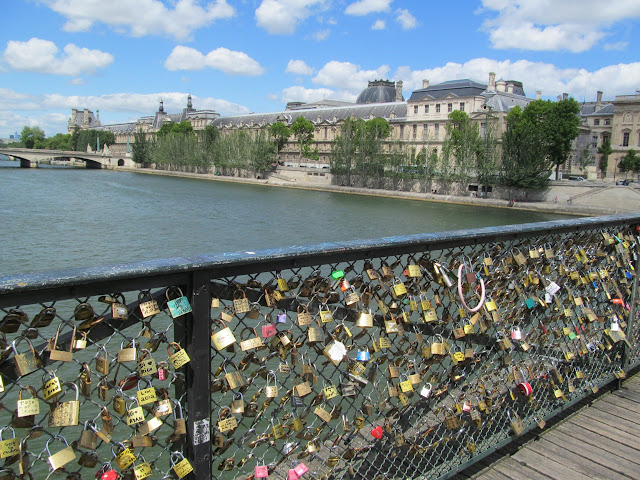 And to finish, two fun-filled sculptures- whose shiny-ness is down to their paint surface. I love these near the Centre Pompidou: they make me laugh. 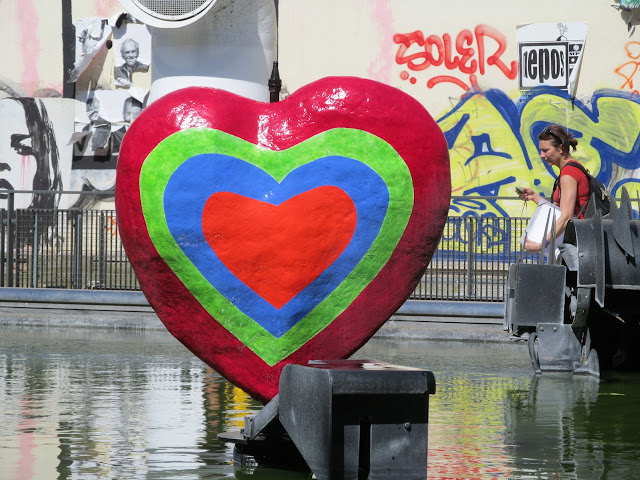 (and I actually quite like the boisterous bright sculpture contrasted with the untidy graffiti behind.) 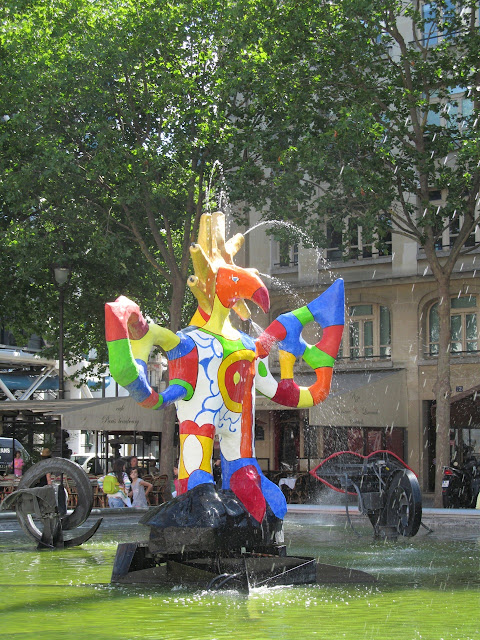