Now that I am 'seriously' into the countdown, I expect to walk the Manawatu Gorge track at least once a week until 'departure'. It's the 'best' (ie steepest, hilliest, longest) track near to home. By NZ track standards it's actually not all that steep, and the track has been graveled so it's easier walking, but it was perfect training for the kind of hills/tracks I walked on last time in France.

When I walked the Camino I used to carry little pieces of paper in my shorts pocket, with quotes on, that I'd read and think about during the day. Today I took a couple of short quotes. and one was: "We have only this moment, sparkling like a star in our hand, and melting like a snowflake." ~Sir Francis Bacon. So I was pretty 'switched on' to noticing little things around me, and enjoying them, being aware of their passing beauty. There were raindrops on leaves, fungi of various kinds, sunlight on ferns... 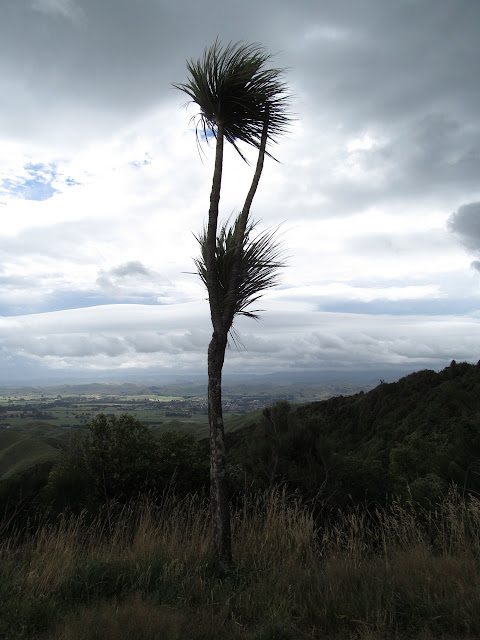 Then when I reached my 'endpoint' for the day at the "Windy Point" lookout, it was the big view that took my breath away. At this point you can look back along the Gorge, or look over to Woodville and the landscape beyond. Today the weather was in the process of 'changing', with real drama in the clouds above. 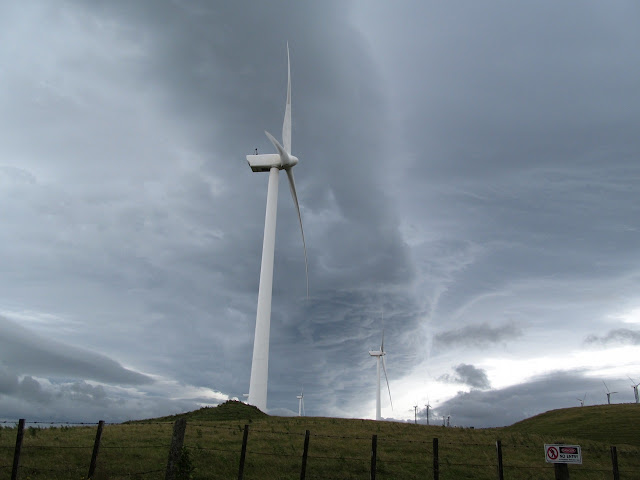 I retraced my steps back to the newish lookout over the wind turbines, and had lunch at the picnic table. The turbines were really humming in the wind. The 'front' was really obvious, stacked up from the eastern side, with little clouds lower down scudding over from the west. 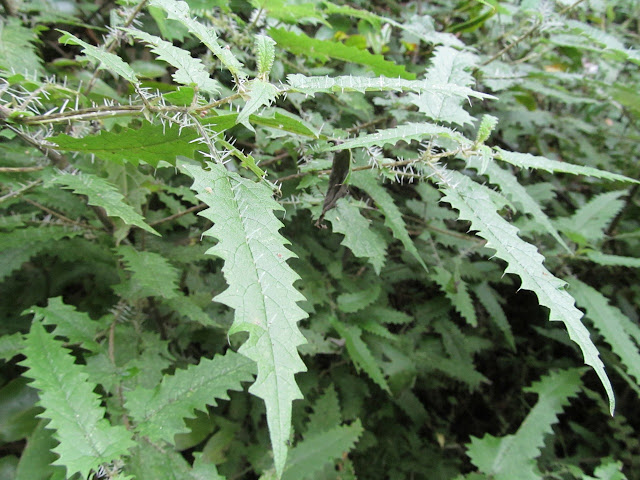 Not so many people have been on the track since the Gorge road has been closed- and there's a patch where ongaonga (native stinging nettle) is growing well. It is every bit as vicious as it looks, but fortunately I never banged into it today! 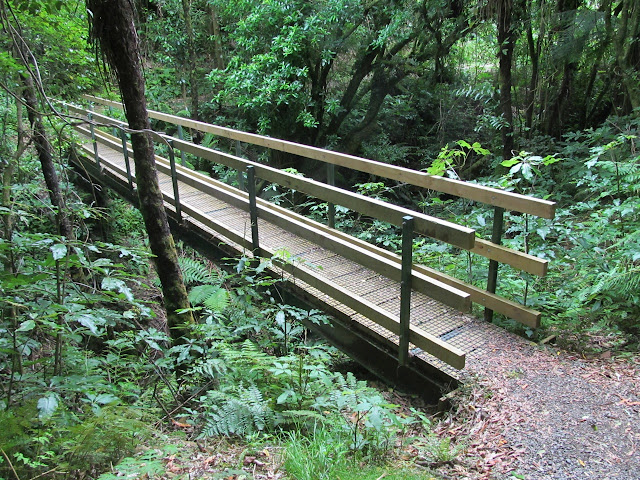 I was a bit surprised to see this bridge. Maybe I have daydreamed my way across it before- but I couldn't find an old track- so perhaps it just looked different with new planks on it... 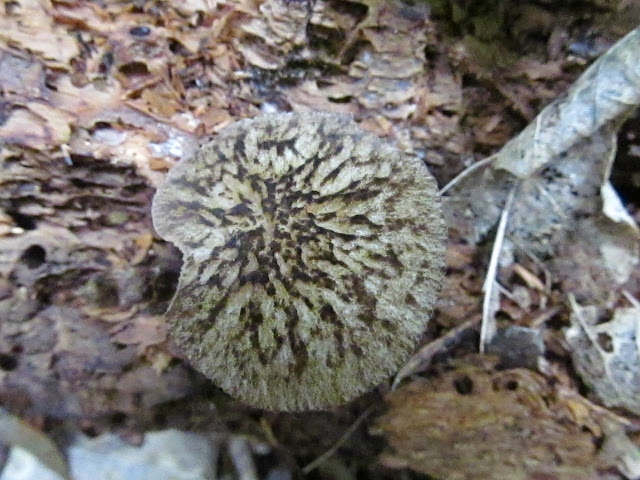 Some of the little fungi were quite well 'camouflaged'. 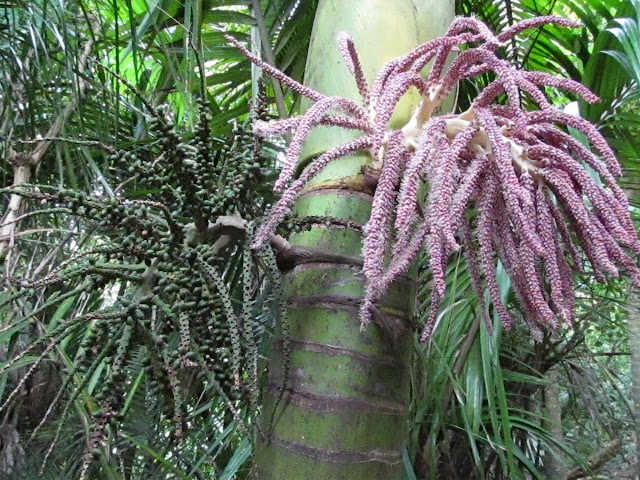 One really nice surprise today was to see these nikau palms flowering. There's quite a big patch of nikau, but I've seldom seen them flowering. I know they are doing quite a bit of 'pest control' on the track, so maybe these flowers are a sign that possum numbers are being reduced.
Posted by Kiwi Nomad at 18:13