This time in five months, I am going to be in Singapore for a day, en route to Paris, before I head on to Cluny, where I will begin walking. Five months has a definite kind of 'urgent' ring about it, in terms of 'It is well past time to get fitter and I will be walking tomorrow rain or shine!' Thank goodness it was drizzling, rather than all out raining when I woke this morning...
I've been reliably informed- by someone who has already walked the routes, that the route from Cluny to  Le Puy is much hillier than what I encountered further south from Le Puy to Santiago last time. So, hills it is. I live in a city that is very flat, on a flood plain- but a major fault line lies not far to the east, so there are hills and ranges right on the eastern edge of the city. And there are walkways straddling a major hill near the university, and it is there that I intend to do a lot of uphill and downhill walking in the coming months. 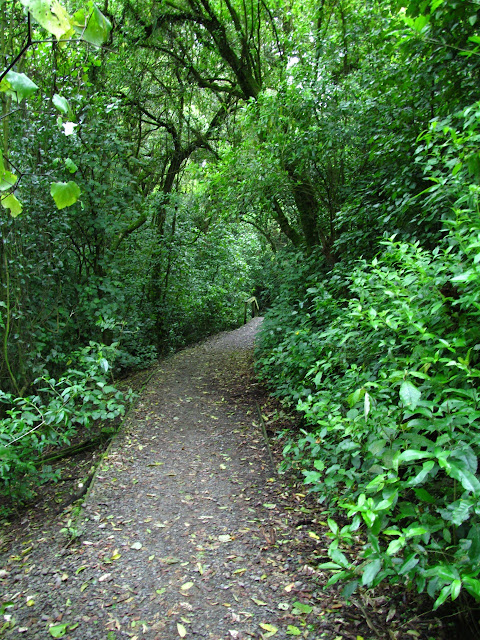 This morning I parked on a side road from where I could join the Turitea Walkway halfway along. The first bit of the track climbs through some lovely bush. 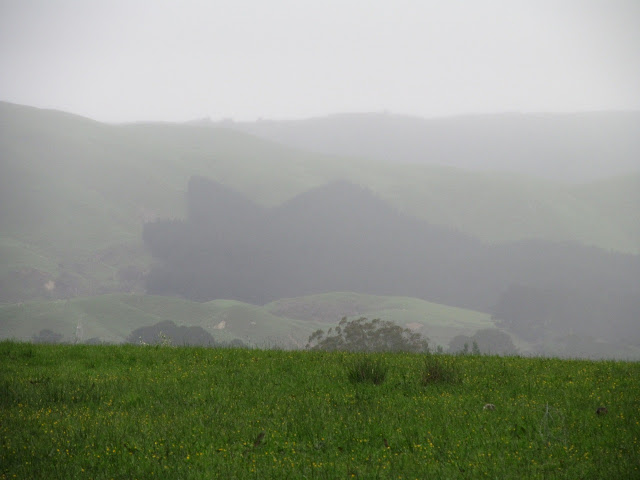 Before very long the track emerges out onto farmland, where the view today was of a drizzly haze over the hills. I am sure the Irish must have a word for this gentle, barely-there kind of rain. 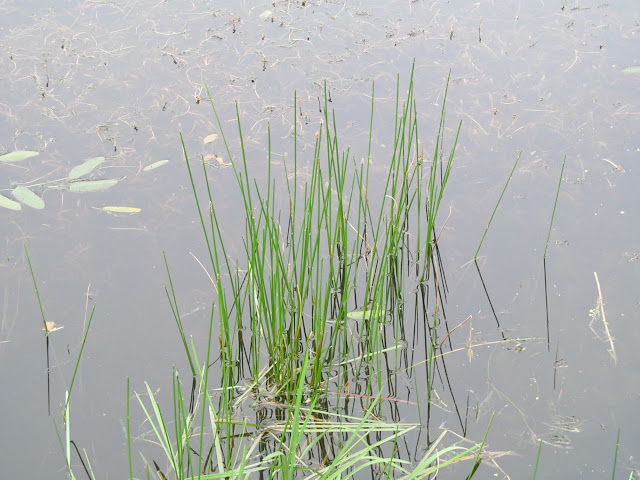 The sun wasn't out, but even on a dull day you could see shadows on the pond, and so many different kinds of plants seemed to be in this pond. There used to be a pair of ducks that hung out here- I wonder where they have gone. The pond looked oddly empty without them. 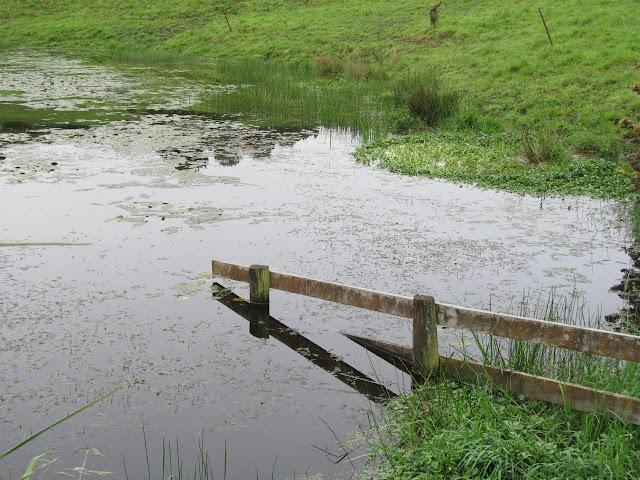 It's funny, even when you have walked a track a few times, there are always new things that jump out at your eyes. I had never noticed the orange bits on some of the broom flowers before. 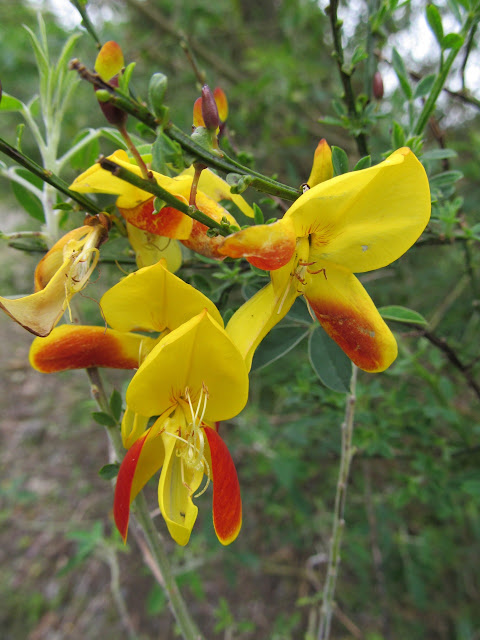 And another surprise was the amount of fungi I saw today. I really only expect to see them like this in autumn. 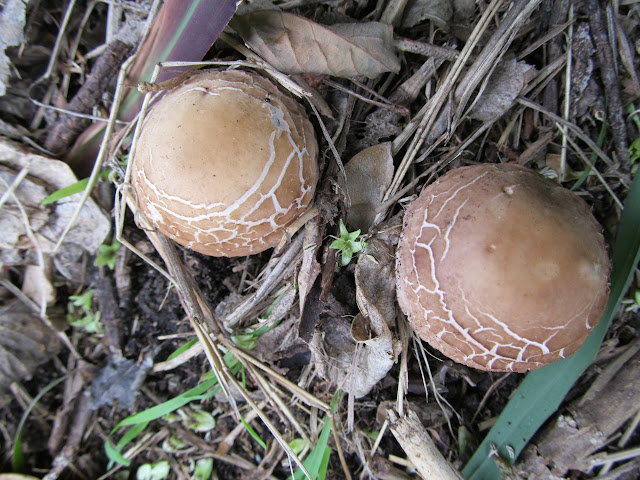 I'll be back on these tracks a lot in the coming months, so you might get to see more photos from here...
Posted by Kiwi Nomad at 16:14