This week Carmi has set "Mellow Yellow" as the photo theme for the week. I found I had several 'softer' yellow shots amongst ones I had recently taken. 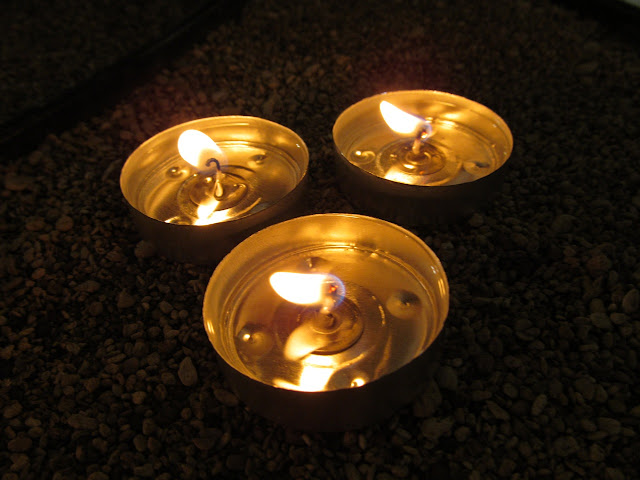 This is probably my favourite of the bunch. There were candles burning in front of an icon at St Pat's Cathedral in Auckland when I was there a fortnight ago. 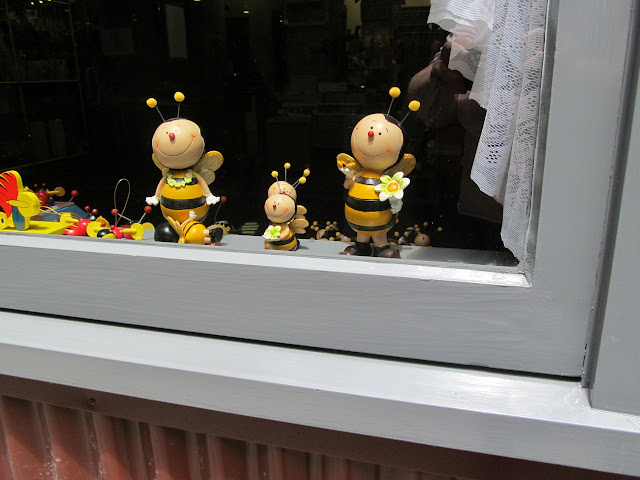 These little bees were also spied in Auckland- in a shop window in Victoria Market. Cute! 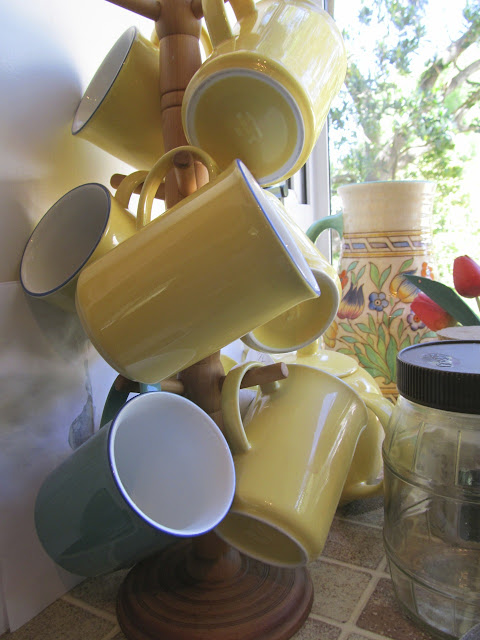 The last four photos were all taken from a recent weekend in Christchurch. (Yes I have been a bit of a gadabout lately.) These mellow yellow mugs have newly appeared in my friends' house- they had a lot of kitchenware broken in the earthquakes. 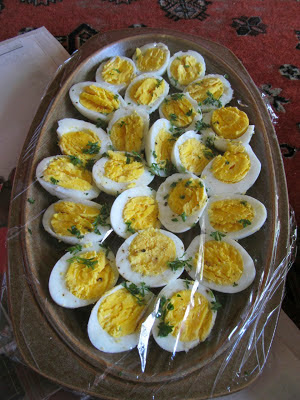 There were quite a few out-of-towners for tea- and a plate of eggs was one of the choices for dinner. 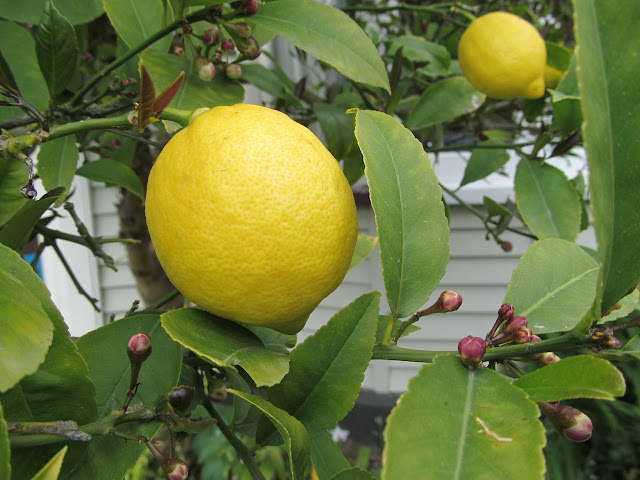 I am always surprised to see these lemons this far south. 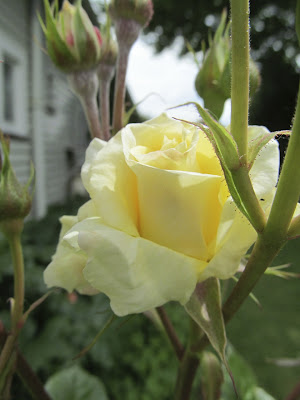 And despite the fact it was only early November, even a mellow yellow rose was in bloom. Somehow the desolation around because of the earthquakes has made the garden seem even more glorious.